Paid Parental Leave: Why the US Falls Behind 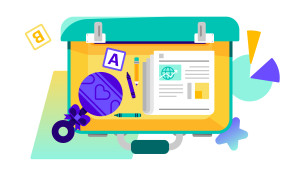 In 1986, there was a new bill on Capitol Hill: the Family and Medical Leave Act. The FMLA granted women and men 12 weeks of unpaid, job-protected leave to care for a new child, as well as to take care of themselves if they have a serious health condition. It passed in both the House and Senate but then-President George HW Bush vetoed it...twice. He said he supported parental leave, but only if it was voluntary. But in 1992 he ran for re-election against then-Arkansas Gov. Bill Clinton, who supported the FMLA. After Clinton won, it was the first piece of legislation he signed into law. The FMLA has some restrictions, like requiring employees to work for their employer for at least a year and at a company that has at least 50 employees. And paid family leave has still been out of reach for millions of Americans for decades.

The United Nations has a global standard of 14 weeks of maternity leave and a requirement to pay new moms at least two-thirds of their salary, and many countries around the world have hit this standard. That doesn’t include the US, which is the only developed country in the world that doesn’t offer paid parental leave. The question everyone and their mother (and father) wants to know is why. Experts point to two factors…

1. Work culture. American culture emphasizes strong work ethic – working harder, working longer, all in pursuit of the American dream. Many Americans have long believed that taking time off from work isn’t the most valuable way to spend your time...even when it comes to taking care of your kid. That could impact why lawmakers haven’t passed gov-mandated paid leave legislation. It’s common for women, and especially men, to worry about the stigma around taking time off to be with their newborns – and that may not change until more paid leave policies are implemented around the country. US work culture isn’t just affecting paid family leave – the US is also one of the only countries in the world where the government doesn’t mandate vacation or sick days.

2. Business interests. Thanks to lobbyists, corporations have big sway over Congress, where only about 23% of members are women. That’s contributed to lawmakers twiddling their thumbs on paid parental leave legislation. Businesses argue that a one-size-fits-all plan might be too prescriptive, given companies can range anywhere from five to tens of thousands of employees. Small businesses worry that gov-mandated paid leave could become too expensive and negatively impact their business operations.

Some companies still offer maternity and paternity leave, even if the federal government doesn’t mandate it. In 2018, 17% of US civilian workers (which doesn’t include federal government, military, or agricultural workers) had access to paid family leave. A number of states have taken matters into their own hands: eight states and DC have implemented their own paid parental leave policies too, ranging from around six to 12 weeks off.

It’s starting to. Last year, President Trump signed a bill that gives all federal workers – both men and women – 12 weeks paid parental leave starting in October. Important, considering the federal government is the largest employer in the country. Lawmakers are also in favor of implementing a policy for all other employees in the US.

Democrats and Republicans both support paid family leave policies. Sen. Kirsten Gillibrand (D-NY) intro’d a bill that guarantees 12 weeks off, with employers and employees paying a tax (an average of $2.00/week combined) to foot the bill. Sen. Marco Rubio (R-FL) also intro’d legislation that allows parents to take up to 12 weeks and pull from their Social Security to help fund their time off. We’ve also seen this issue pop up on the 2020 campaign trail. Many candidates say 12 weeks is best, though progressive candidate Sen. Bernie Sanders (I-VT) wants to give parents more than that (though he hasn’t given specifics).

Team Let’s Get This Done says paid parental leave needs to be no. 1 on lawmakers’ to-do list. That Americans are missing out on billions of dollars in wages without paid family leave. That it’s especially bad for people of color and lower-income individuals. And that women who have access to leave policies are more likely to stay in the labor force after they give birth, which can help boost the economy.

Team You’re Making It Worse says paid parental leave actually hurts women. That these policies will increase the number of women who will take leave, which will then increase labor costs – and these increased labor costs may make companies less willing to hire women. And that instead, governments should do things like allow employees to bank overtime hours and use it for leave at a later time.

Team Watch And Learn says federally-mandated paid family leave is the goal...but the government should step back and learn from states that have passed their own paid leave (think: Oregon, Massachusetts) on what works best for American workers. And that while the federal gov has some family leave legislation (hi, FMLA), it’s not as impactful as some states’ policies, which focus less on financial incentives (like tax cuts) and more on paid leave.

On the economy…research shows that gov-mandated paid family leave can help both  businesses and the economy.

- Employees who take advantage of their state’s or company’s paid parental leave policy are more likely to return to work after their leave. That means companies spend less money training and hiring new employees, and it helps keep more women in the workforce.

- More babies = more people to (eventually) join the workforce and help the economy grow. Countries like Japan and South Korea are already concerned about how lower birth rates could affect their economies in the next few decades.

- Companies likely won’t have to worry about work productivity: one report shows that paid family leave either has a positive or no effect on productivity.

On your finances…surprise: having kids is expensive. Government data shows that kids cost an average of about $13,000 a year. Infants require a lot of hands-on care, meaning many parents may need to take time off to care for them (or hire someone who can do that) and pay for things like bottles and diapers. And research shows that parents without paid parental leave face a difficult balance of expenses going up, but income going down. This research also shows that the average US household income drops 10% at childbirth, and takes several months to make that money back. If you’re starting a family soon, we Skimm’d how you can financially prep.

On your health…one in four women go back to work within two weeks of giving birth. We’ve had milk in our fridge that’s lasted longer than that. Going back to work too soon after having a kid can put more stress on moms, both emotionally and physically. Paid parental leave gives moms the time off they need to recover. One study shows it’s also proven to help prevent maternal depression and stress.

On your family…there are a number of benefits when parents bond with their newborns. Two examples: studies show it can increase breastfeeding rates (which is attributed to numerous infant health benefits) and reduce the risk of infant mortality. Skimm Notes explains more and talks to one Skimm HQ’r about their personal experience with paid family leave.

The US has been dragging its feet on gov-mandated paid parental leave. That leaves millions of Americans with a hard task: figuring out how to raise a child when their income is at risk. But as the country as a whole has become more progressive, with more than 80% of Americans supporting a paid maternity leave policy, it’s possible we’ll see the government require all employers to offer this in our lifetime.