Sweet 1600: The Business of Getting into College | theSkimm
Subscribe 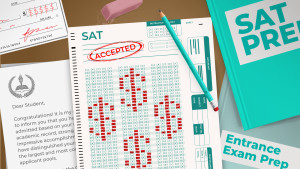