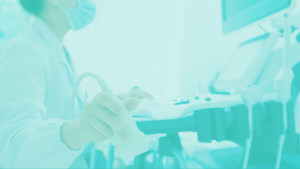 More than 40 years after Roe v Wade, people have opinions.

In the Roe case, the Supreme Court ruled that women have the right to get an abortion as part of their right to privacy. But the Court also left some specifics up to the states – which have very different ways of handling it.

Abortion laws change depending on where you live. Some states don’t allow insurers to cover abortion. Some require women to wait or get counseling first. Some of the most restrictive states ban abortion at 18 or 20 weeks. This year, Iowa went the furthest and banned most abortions at the first signs of a fetal heartbeat – around six weeks into the pregnancy. That law is currently blocked while it’s being challenged in the courts.

The law is on our side. Women have the right to a safe, legal abortion. When states limit that access, there’s evidence that women still get abortions. They just do it in unsafe ways. When states restrict insurance coverage – and make women go through more hoops to get an abortion – it unfairly targets low-income women, especially in rural areas, who have limited access to clinics.

These are unborn babies. And they can’t advocate for themselves, so we will. Abortion should be illegal – in all or most cases. There should be medical exceptions to save the life of a mother. In some cases there should be exceptions if the woman was sexually assaulted. But people should not be able to just choose to end a life.

— Your state legislators can draft and pass bills on things like how far along a woman can or can't be in her pregnancy to get an abortion. They can also limit or expand access to abortion clinics (think: require counseling before getting an abortion)

— Governors decide whether or not those laws get passed

— House and Senate reps can propose and pass similar laws on the national level, like Republicans tried to do earlier this year. They can also try to pass legislation that would defund Planned Parenthood – which provides access to abortions and other health services. Senators can also vote ‘yay’ or ‘nay’ on Supreme Court picks like Trump’s pick Brett Kavanaugh – who could play a key role in abortion law on the national level

— Mayors can also play a role in the abortion debate. Here’s an example.

For some voters, this is the only issue that matters. Learn what your candidate’s position is and what they can do on this subject.