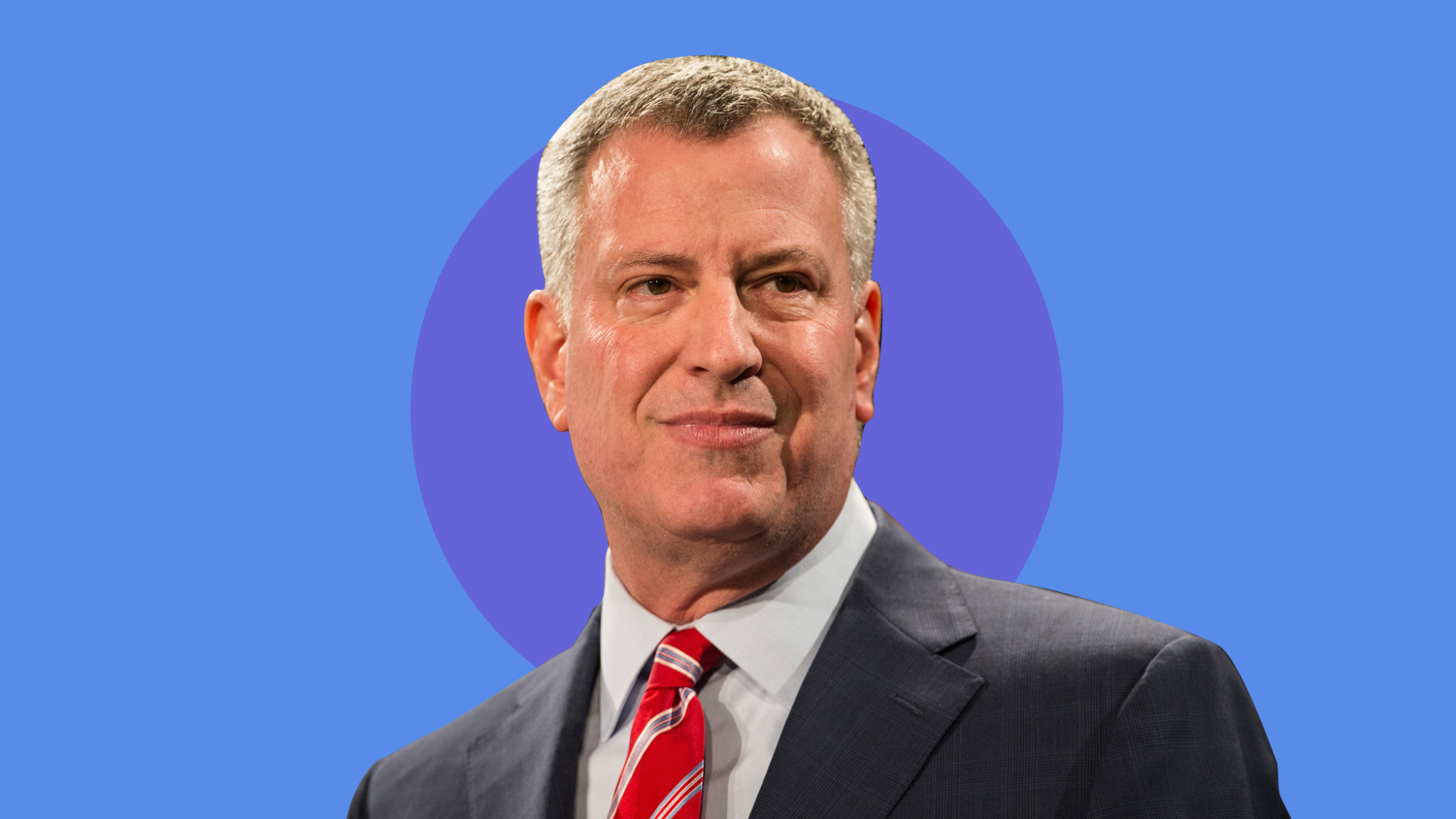 Before becoming mayor of the country’s largest city, de Blasio was a former NYC public advocate and City Council member. He was also regional director at the US Department of Housing and Urban Development and head of Hillary Clinton’s 2000 US Senate campaign.

His nonprofit political organization has been investigated for potentially violating ethics rules. He’s gotten heat for joining the 2020 race, since critics think he should focus on issues at home in NYC. He’s also gotten pushback for things like problems with the city’s subway system and greenlighting Amazon’s HQ2 there. And we all know how that turned out.

He hasn’t rolled out any major policies as part of his presidential bid. But we know his stance on several issues based on what he’s done as mayor.

On education…he’s implemented a universal pre-K program in NYC. Now, there are about 70,000 kids enrolled in pre-K citywide – up from 19,000 in 2013, the year he was first elected. But he’s gotten criticism for a failed education reform plan (which included improving graduation rates and giving support to underperforming schools) which reportedly cost more than $700 million.

On guns…in the first debate, he said that relationships between the police and the community need to change, especially when it comes to race. Earlier this year, the Supreme Court was hearing a case challenging an NYC ordinance prohibiting most gun owners from taking their guns outside the city. De Blasio said the laws are needed “to protect against guns being on our streets.”

On climate change…de Blasio signed an executive order that committed NYC to upholding the Paris climate deal after President Trump pulled out of the agreement. He also worked to pass an NYC version of the Green New Deal.

On health care…he would abolish private health insurance in favor of a government-run plan. He has worked with his wife to create a city-wide mental health initiative. He has criticized laws around the US that restrict abortions. As mayor, he announced a health insurance program for low-income residents and undocumented immigrants. Speaking of…

On immigration…when talking about challenges some Americans face, he wants to point out that "immigrants didn't do that to you. The big corporations did that to you." As mayor, he’s implemented a city ID for undocumented immigrants in NYC, and has pushed to make NYC a sanctuary city.

De Blasio is not the only mayor in the race, and also not the only New Yorker running. While he’s gained some national recognition over the years for his progressive policies, it’s unclear if that’s enough for him to get support across the US.