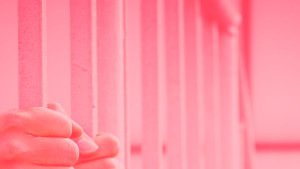 Criminal justice reform is something both parties have wanted to tackle for a while. It might happen this year.

In the last few decades, the incarceration rate has quadrupled. Not a typo. The US only has about 5% of the world’s population, but about 25% of the world’s prison population. In 2008, about one in 100 adults in the US were behind bars – and many of them were nonviolent offenders (think: committed crimes like drug possession or theft). Keeping jails up and running is expensive...as in billions of dollars. Guess who’s footing the bill? Taxpayers.

So what’s the issue?

than public prisons. Part of it has to do with the fact that they’re run like businesses...which can lead to cutting costs and staff that can lead to bad conditions. The Obama administration made moves to start

. But Attorney General Jeff Sessions rolled back those changes. It may or may not have to do with the fact that two of the largest private-prison contractors – GEO Group and CoreCivic – donated

a lot of money

to the Trump campaign. A number of other Republicans have gotten financial backing from these types of companies, which could affect certain laws that they work on and vote for.

In May, the House passed a prison reform bill that would support programs meant to keep offenders from committing another crime. The White House supported it. The Senate, not so much. That’s because the House bill didn’t lower mandatory sentencing – which could drastically cut down how many people are in federal prisons. TBD on whether the Senate votes on it.

The criminal justice system is way too harsh. We need to stop locking up nonviolent offenders and do a better job transitioning former inmates into society.

The criminal justice system is way too harsh. Some say we need to stop locking up nonviolent offenders. Others say it all depends on the crime. Either way, we can do a better job transitioning former inmates into society.

US senator or rep

can work on legislation that would put more money towards programs that help ex-felons transition back into society. They can also pass a law that requires police to wear body cameras while on duty

High incarceration rates can disproportionately affect minorities, put people who shouldn’t be in jail behind bars, be expensive for taxpayers, and the list goes on. In one way or another, this affects pretty much everyone – whether you know someone in jail or are a US taxpayer.