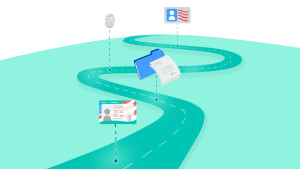 Immigration: a contentious and fraught issue since Day 1.

President Trump has made curbing illegal immigration a top priority. And those who support the admin’s moves say the US needs to keep the country safe. Critics argue that it’s the US’s moral responsibility to accept immigrants and refugees who come here for a better life, and that immigrants help boost the economy.

Meanwhile, COVID-19 has continued to highlight the complexities of immigration policy, from concern about detention centers becoming hot spots for the virus, to anxiety over potential job competition amid skyrocketing unemployment, to considering the role of immigrant workers in the US food supply chain. Trump has temporarily suspended approval of green card applications to ensure unemployed Americans will be "first in line" for jobs as states reopen. And closed the US-Mexico border to all but essential services amid the pandemic. Former VP Joe Biden, on the other hand, wants COVID-19 testing widely available and free for those who need it, regardless of their immigration status.

Candidates agree that the US’s immigration laws need some updates, but have very different ideas on what immigration should look like. Here’s where they stand: