Iowa Caucuses 2020: Everything You Need to Know 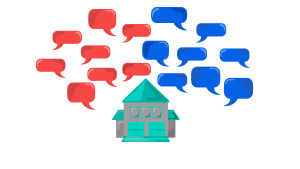 The Iowa caucuses are kind of a big deal.

I’ve pretended to know but...what exactly is a caucus?

An old-school IRL gathering. During primary elections, most voters across the country mail in a ballot or go to a polling location to cast a ballot in a voting booth. But voters in Iowa and a handful of other states get together in person on election night to discuss the candidates and decide who to support. These meetings are called caucuses.

How do they work?

It’s different for Democrats and Republicans. For Iowa’s Democratic caucuses, it goes like this:

Iowa’s Republican caucuses are much simpler. Voters still show up in person, and make pitches to the group about why their preferred candidate should win. But then everyone just writes down who they support on a piece of paper and those numbers are tallied. Both Dems and Republicans report their caucus results to the state party, which then releases the totals.

Sounds intense. Why does Iowa do it this way?

Up until the ‘70s, most states did it this way. Now, just a handful of states and some territories hold caucuses instead of primary elections. But out of all the primary elections and caucuses in the country, Iowa goes first (in early February), which is why it hogs the spotlight.

The Iowa caucuses set the stage for how the rest of the primary season goes down. Doing well there typically gives candidates the momentum they need to crush it in other states. That’s why presidential candidates spend so much effort putting in facetime with Iowa voters and setting up campaign operations in the state.

So Iowa’s the OG influencer.

You could say that. But some are starting to think that’s not such a good thing. Caucuses can be difficult for some people to participate in. They only take place at certain times and can last hours. People who can’t get off work or are out of town are SOL. The Iowa caucuses typically have 20% voter turnout (2008 was an exception). And since the state is more than 90% white, more rural, and relatively small compared to the rest of the country, there’s been growing concern – especially among Democrats – about its outsized influence on the presidential race.

What are the concerns?

Critics within the Democratic party say Iowa’s influence is problematic because the Iowa electorate doesn’t represent a party that has become increasingly diverse. Supporters say that the caucus process means Iowa voters are more engaged and informed aka it’s fine that they’re setting the tone for the rest of the country. And that Iowa’s less expensive media market and emphasis on grass roots campaigning gives lesser-known candidates a chance to stand out.

Since 2016, the Democratic party has been encouraging states to switch to a primary system in order to increase voter turnout. The Iowa caucuses are still happening this year. Feb. 3, 2020. But with a twist: Iowa Democrats can apply to host satellite caucuses. They’re basically additional caucus sites for people who can’t get to their designated precinct. Still, at least one candidate isn’t laser focused on Iowa. Former NYC Mayor Michael Bloomberg is skipping early voting states, including Iowa. Instead, he’s focusing on winning support in larger states that award more delegates in the primaries, like California and Texas.

Uhh will that work?

Well it’s never been a winning strategy. But Bloomberg’s a billionaire who can afford to spend a lot of money campaigning and building support in other key states. Political analysts are watching to see if this method pans out – it’d be a sign that Iowa perhaps isn’t as much of a BFD as it used to be.

Historically if you want to be president, you need to kill it in the Iowa caucuses. It’s the state to watch for signs of which candidates have staying power. New Hampshire, which holds a regular primary, goes second. Only one person in the last 40 years has lost both Iowa and NH and gone on to be president: Bill Clinton.