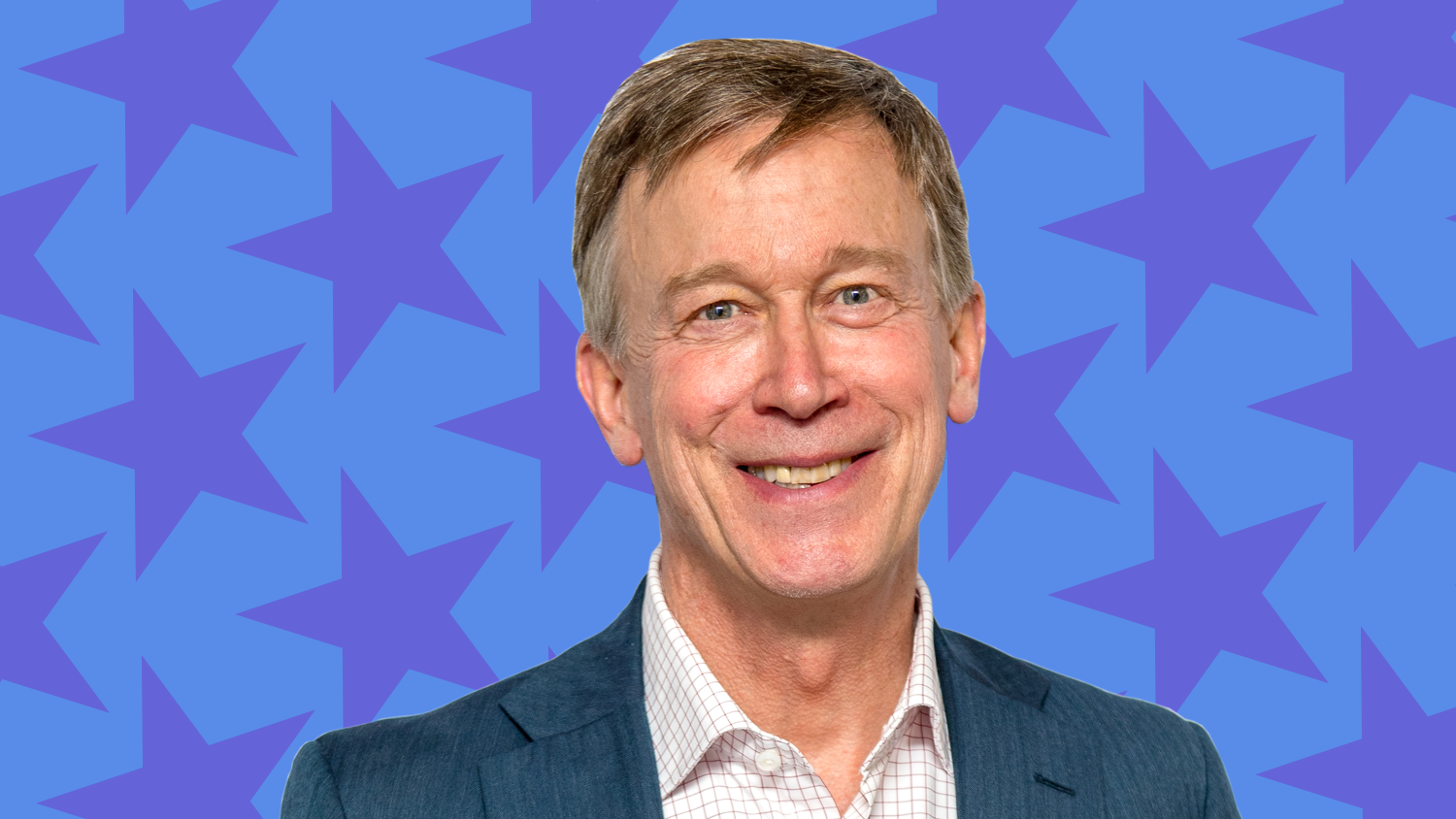 John Hickenlooper, the former governor of Colorado, has a crush on capitalism and doesn’t care who knows it.

Here’s an inspiring story for your friend who still doesn’t know what they’re doing in life: Hickenlooper went from being a laid-off geologist, to owning a brewpub, to Denver’s mayor, to the governor of Colorado. He has a reputation for being a moderate. Example A: he’s not jumping on the socialism bandwagon.

Outside of Colorado, the response to his name is crickets.

On guns...ban high-capacity magazines and put universal background checks in place. Those are two things he did as governor of Colorado after the Aurora theater shooting.

On climate change…his hot take: the Green New Deal sets “unachievable goals.” Like guaranteeing every American a job. Instead, he wants to recommit the US to the Paris climate deal. As governor, he has a mixed record on this front. He signed an executive order requiring the state to reduce emissions. But he has also supported fracking in the oil and gas industry, a process that releases chemicals and methane into the atmosphere.

On health care…he wants universal coverage for Americans but doesn’t think Medicare for All is the way to do it. Instead, he’d offer a public option but keep private insurance around.

On abortion...he’s pro-choice. As president, he’d back legislation to write Roe v. Wade protections into law. And would use federal dollars to expand access to birth control, especially for low-income women. After he enacted a similar plan in Colorado, researchers found that it lowered teen pregnancies and teen abortion rates.

On the economy...his experience as a small business owner comes into play here. He thinks the tech giants (ahem, Google, Amazon) have become too big and strong. His plan includes strengthening current anti-trust legislation to encourage competition . And creating tax incentives to help out small companies. Plus creating other incentives for startups in rural areas, including increasing access to loans and broadband internet. Oh, and he’s tired of all the tariffs and he thinks free trade is just *chef’s kiss*.

Like some of his fellow candidates, Hickenlooper is an underdog with a capital U. He brings a more moderate vision to the Democratic race that could make him seem more electable. But on top of his lack of name recognition, it could also hurt him at a time when Democratic voters are increasingly embracing policies to the left, to the left.