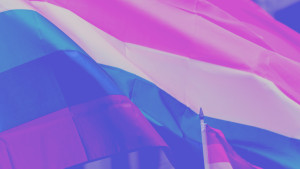 The 2018 midterm election is another chance to elect leaders who are focused on protecting LGBTQ rights.

The LGBTQ community has always faced discrimination. In recent years, there have been some meaningful steps forward. The Obama admin told schools that transgender students can use bathrooms that

is the law of the land. Some of those changes have

under the Trump administration. Attorney General Jeff Sessions said the Justice Dept would

gov agencies if they won't work with LGBTQ individuals because of religious beliefs. And the DOJ also said that LGBTQ people don’t get

(a law that protects people from things like sex, racial or age discrimination) – since it says sexual orientation doesn't fall under ‘sex.’

A few of the Trump administration’s moves have been stopped. Like the transgender military ban. And the DOJ’s stance on Title VII was shot down in court. But the LGBTQ community says there’s still more work to be done when it comes to discrimination in the workplace.

Baby, you were born this way. Whether you’re gay, straight, transgender, etc. everyone deserves to be treated the exact same way.

Depends on who you ask. Some on the right lean more towards religious freedoms. Think: 'if a company’s values don’t align with yours, it shouldn’t be punished or have to serve you. Sorry.’ Others are joining the love is love train.

based on religious grounds

can also work on similar legislation

The LGBTQ community had a big win with gay marriage. Now, they're asking elected officials to stand by them on other discriminatory issues.