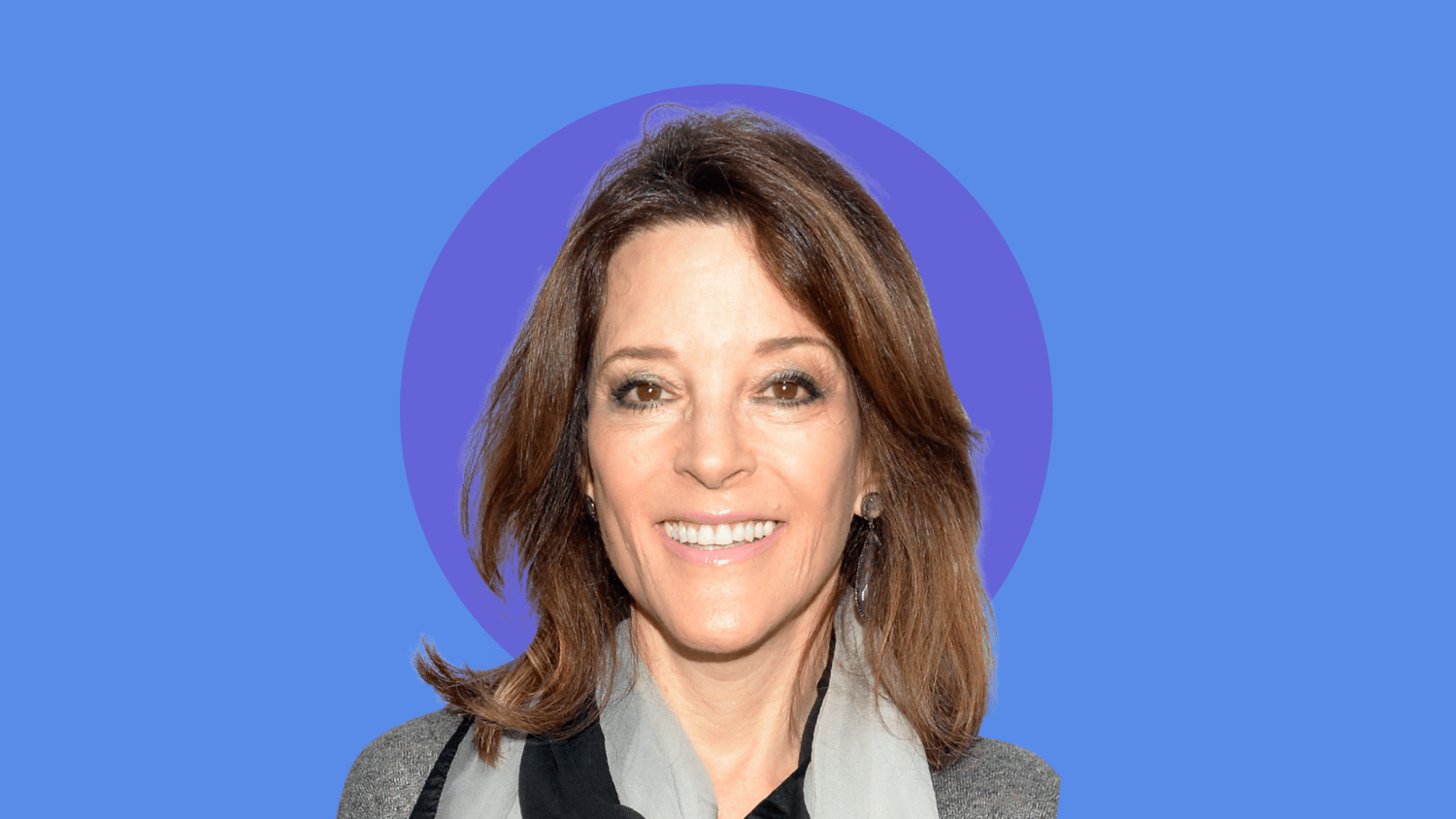 Marianne Williamson is a self-help guru and Oprah’s spiritual adviser. She’s dabbled in politics before.

Best-selling author (she’s written a dozen books) and activist. She founded several charities. And unsuccessfully ran for a California House seat in 2014.

She’s never held public office. Her poll numbers have been low. Also not helping: when she felt she had to write a Twitter post clarifying that she’s “not a cult leader” or against vaccines.

On climate change…she wants the US back in the Paris climate deal and is a ‘yep’ on the Green New Deal, a goal to get the US to 100% renewable energy sources within 10 years. She would pump the brakes on all new fossil fuel projects and invest in things like charging stations for electric cars.

On guns…she gives universal background checks a thumbs up. And wants to ban sales of assault rifles, semi-automatic weapons, and high-capacity magazines.

On health care…Williamson wants universal health care and has a lot of thoughts about the US food supply. She wants to fund programs to teach students about nutrition starting in pre-K, and to limit marketing of sugary and overly-processed food to kids.

On abortion...she’s 100% pro-choice and says she would “vigorously resist” efforts to restrict Roe v Wade protections.

On immigration...she backs a pathway to citizenship for undocumented immigrants who don’t have “serious criminal background issues.”

On social issues...she has a plan to put between $200 billion and $500 billion in reparations for slavery to be distributed to educational and economic projects that benefit African Americans.

Williamson has definitely carved out a corner for herself in a crowded race. She says she wants to “harness love” and that America needs a “moral and spiritual awakening.” Given she met the threshold to qualify for the first few Dem debates, something about this seems to be resonating. But she’ll need a surge of support to get to the White House.