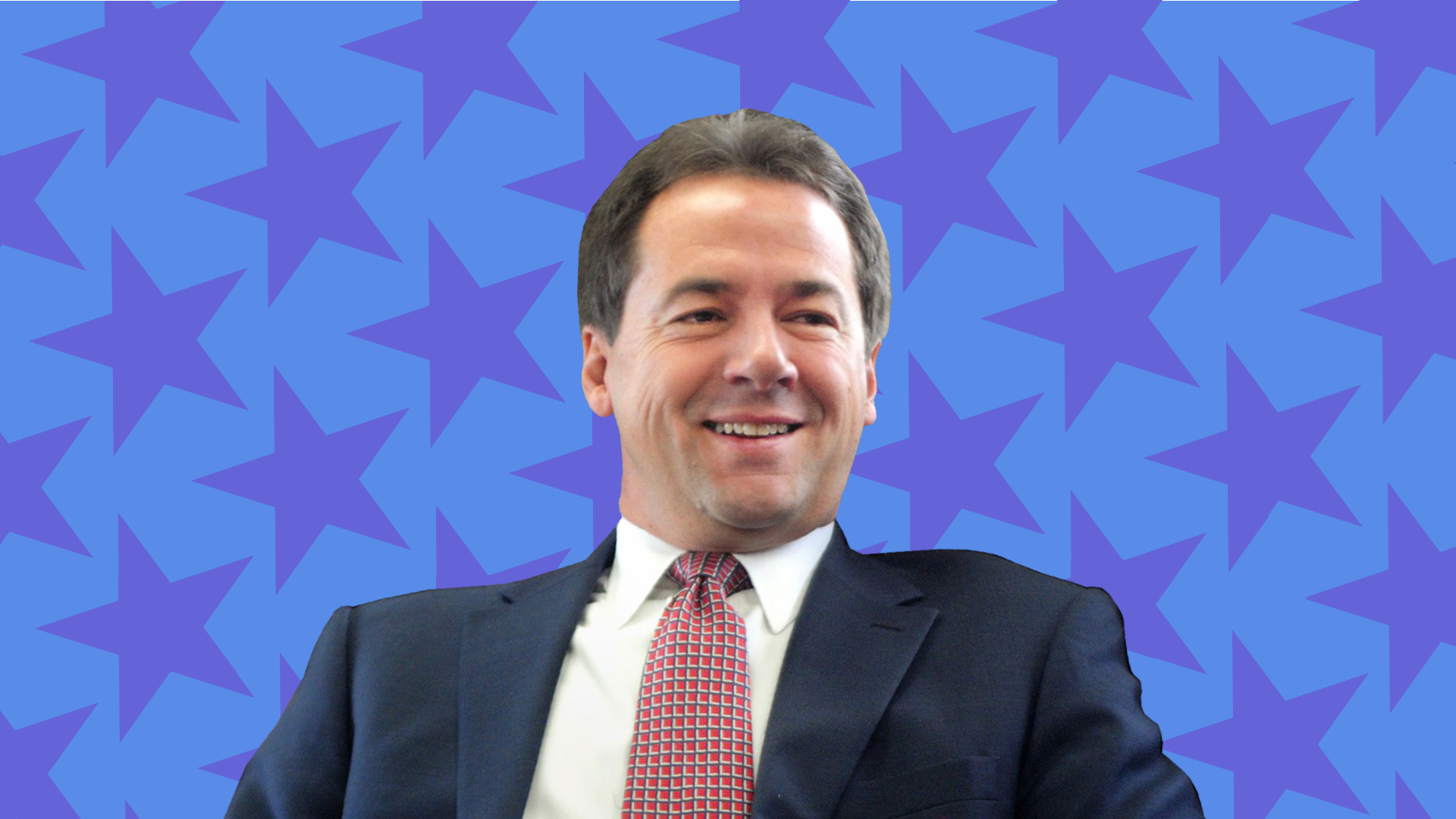 Montana’s two-term Democratic governor is trying to move on up to the White House. Meet, Steve Bullock (D). No relation to Sandra Bullock.

Before becoming governor of the Treasure State, Bullock was Montana’s attorney general. As far as his presidential bid, Bullock says he can win over GOP voters, pointing to his 2016 re-election for governor in a state that President Trump won by more than 20 points. He’s also got a rep for holding more liberal viewpoints in a red state.

He’s not very well-known outside of Montana. And that’s part of what kept him from qualifying for the first Democratic debate in June (aka he didn’t have enough donors or enough support in the polls). Bullock’s also flip-flopped on how he feels about gun control: during his gubernatorial campaign, he said he opposed universal background checks and would expand gun rights.

On guns…like we said, he’s changed his tune on the issue. He now favors a semi-automatic weapons ban and universal background checks. Although he's still a relative moderate on the issue. He's described himself as “a gun owner who believes in the Constitution” and supports people who have guns for safety reasons.

On health care…he hasn’t called for universal health care. As governor, he expanded Medicaid in Montana under the Affordable Care Act.

On education…as governor, he froze public college tuition. He also passed an initiative to let high school students enroll in college classes for free. Instead of free college (which some other Dems want), he’s focused on things like apprenticeships to help prep students for work.

On climate change…he criticized Trump for leaving the Paris climate deal. He’s supported the coal industry in Montana but he’s also tried to make the state greener through a plan that includes things like creating clean energy jobs and investing in new tech to reduce coal pollution.

On abortion…he’s pro-choice. And as governor, he vetoed a bill that barred doctors from performing late-term abortions.

On campaign finance reform…this is one of his top policy to-dos. He says that he’ll sign an executive order on his first day in office to increase transparency around campaign finances. The specifics: government contractors would have to disclose all of the money they spend on or contribute toward US elections. Don’t be surprised if this is his main talking point on the campaign trail.

Bullock’s selling point is that he’s a Democrat who can appeal to rural America and work across the aisle with GOP lawmakers. But he still has a name recognition problem. The Democratic field is huge, and he likely faces a tough fight to get to the White House, let alone the Dem nomination.