The seats Republicans want to win... 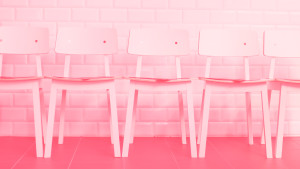 Right now, there are 51 Republicans and 49 Democrats in the Senate. That gives Republicans control of the chamber by thiiiiis much. And has created just a few issues for them when trying to check things off their to-do list (see: health care). Predictions are that Republicans will likely keep their majority in the Senate and might be able to tip the scale so they can have even more control. Here are the seats they’re keeping a close eye on to do just that…

Indiana’s a realllllly red state (hey, VP Mike Pence). Naturally, the GOP wants to keep it that way by taking Donnelly’s seat. The Hoosier State voted for him in 2012 after his opponent made some

this year after Trump won the state by about 20 points. Now Donnelly’s facing businessman Mike Braun

. Braun was kinda the dark horse in the state’s GOP primary and took out two sitting US congressmen. So chances are he’s still got some fight left in him.

Sen. Claire McCaskill is one of the most vulnerable Dems in the Senate. Reminder: Trump won Missouri by almost 20 points in 2016. And the GOP is hoping to use that momentum to take her out. She’s facing off against the state’s Attorney General

. Republicans are throwing their weight and money behind him and keeping their fingers crossed he has what it takes to win.

Montana bleeds red. And the state’s Democratic senator has tried to handle that by being willing to work with President Trump on certain issues. But Tester’s still looking pretty vulnerable. He’s running against State Auditor

who’s got support from national Republicans and the prez who think he can flip this thing.

Sen. Heitkamp is running for a second term in a state that Trump won by more than 20 points. But she’s one of the few Dems who’s been willing to work closely with President Trump on things like

isn’t shy about it

But in October, she apologized for her ad on sexual assault survivors

. The problem? Some women in the ad hadn't agreed to share their names, and others said they're not even abuse survivors. Her competition – Rep. Kevin Cramer (R) – called it “a revictimization of victims.” TBD if this will make voters ditch her and go for Cramer – who was on the fence about whether to go for the seat in the first place.

Brown’s been in the Senate since ‘06. And he’s looking to stay there for six more years to continue working on issues like trade and health care. Say hi to his competition: Rep.

He wants to grab the senate seat to focus on issues like agriculture and tax cuts. Some think that Brown has this in the bag, while others think Renacci can unseat him with President Trump’s help.

up for re-election in a state that President Trump won by more than 40 points. Yes, you could say Dems are low-key freaking out.

. Expect Manchin to high-five himself for things like supporting Trump’s

and funding for a

. Expect Morrisey to call Manchin out for things like voting against the Affordable Care Act repeal and GOP tax plan. This could get tense.

President Trump was the first Republican candidate to win Wisconsin in decades. Cue Dems freaking out about the midterms.

is up for re-election – and wants to stay in office to continue working on issues like protecting the Affordable Care Act. But the GOP is ready to pounce. Baldwin’s up against state Sen.

. She used to be a nurse, so expect health care – specifically repealing the Affordable Care Act – to be top of mind for her. The race is on its way to becoming one of the most expensive Senate races in the state ever. Cha-ching.