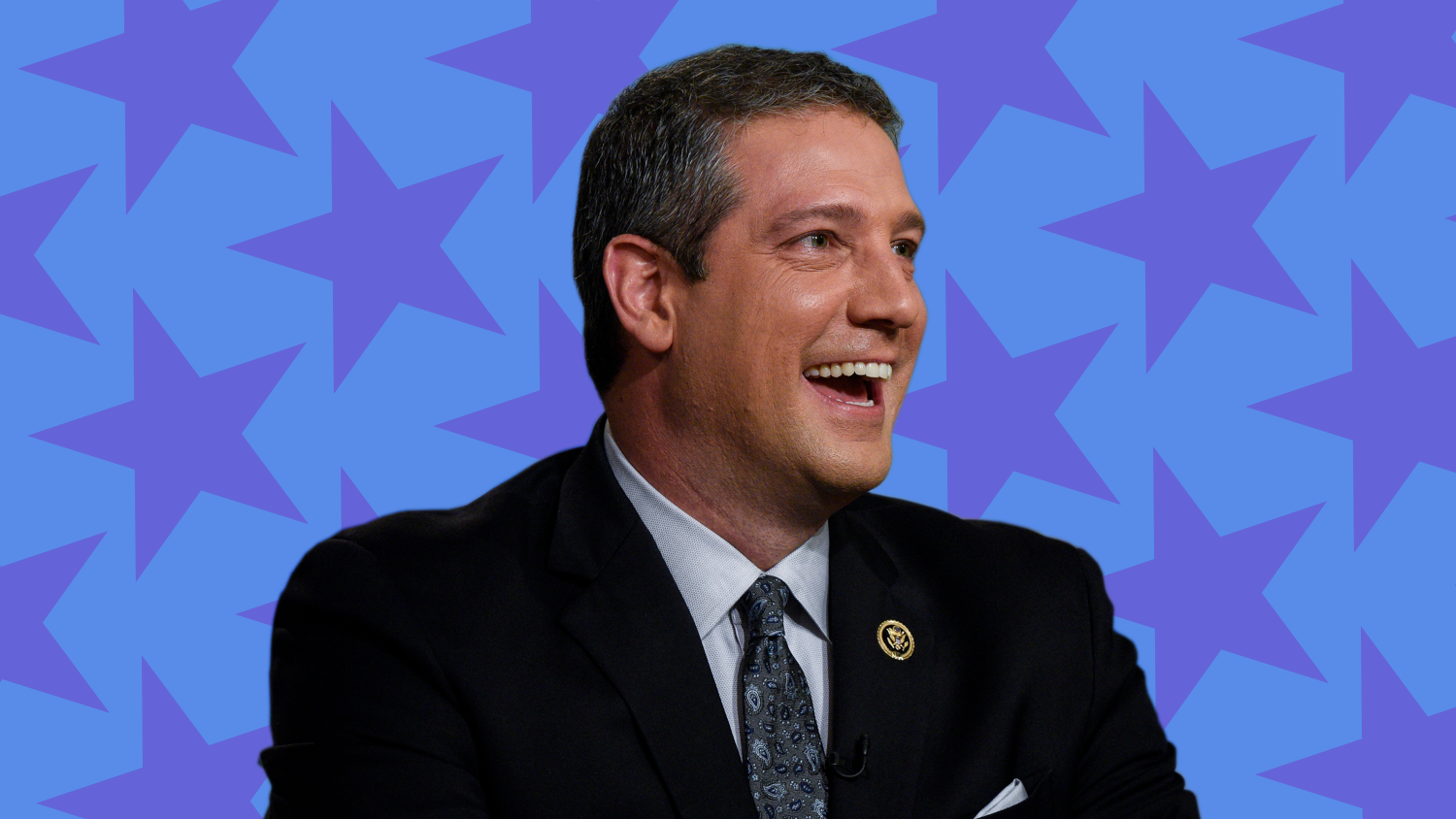 Rep. Tim Ryan (D-OH) is putting himself out there as someone who will win over working-class voters.

His poll numbers. Although he qualified for the first two debates, Ryan has struggled to rise above 1% in some polls, and to get his message to resonate on a national level.

On the economy...manufacturing is one of his top priorities. He wants to create a Chief Manufacturing Officer position in the Executive Office of the President. And invest in a range of infrastructure projects that would help create jobs across the US. He’s also focused on trade. In the House, he intro’d legislation to enforce fair trade with China, and has been ‘ra ra’ about President Trump’s China tariffs.

On climate change...he wants a ‘Made in the USA’ sticker on everything from solar panels to electric vehicles to wind turbines. His pitch is to bring those jobs to communities reliant on coal, steel, and auto jobs as well as communities of color. He also wants to rejoin the Paris climate deal and for the US to work toward becoming 100% carbon-free.

On health care...he backs the Affordable Care Act (aka Obamacare). But he says he’s supported the idea of Medicare for All for more than a decade. He wants to work toward that by setting up a public option, but not getting rid of private health insurance options. He wants America to eat its vegetables (literally). His pitch: a Farm Bill that would invest in sustainable, organic farms to keep them in business. Oh, he also wrote a whole book about meditation.

On education…he wants to invest $50 billion in federal programs aimed at leveling the public school playing field so that all schools have equal access to resources. He has supported making community college tuition-free and public four-year colleges tuition-free for some. He also says he wants to expand student loan forgiveness for teachers.

On immigration...he says ‘no thanks’ to Trump’s border wall policy. But he’s also prioritized border security in order to prevent drugs – especially opioids – from coming into the US.

On guns…he hunts for sport and used to have an A rating from the NRA. But ever since the Sandy Hook Elementary School shooting in 2012, his position has changed. Today, he supports universal background checks, raising the minimum age for some gun purchases, and preventing people on terror watch lists from buying guns.

On abortion...as a Catholic he used to be against abortion rights. But he says that after talking with women who’ve had abortions for a range of reasons, he’s come to the perspective that government shouldn’t interfere in women’s reproductive health choices. He has supported bills to protect women’s access to reproductive health services.

Ryan is promoting himself as a Rust Belt candidate who’s the right messenger for progressive issues. First, he needs to make sure voters in the industrial Midwest – let alone the rest of the country – know who he is.