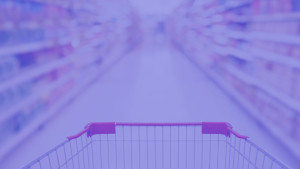 More than one-fifth of the US population is on some form of government aid.

If, when, and how the government should be involved in giving money to people who are struggling. Btw, there isn’t just one program that constitutes “welfare.” There are a couple. Like...

The one that gives low-income families a financial assist. It’s temporary. So people only get federal assistance to be on it for five years over the course of their lives. More than one million families rely on TANF each month to get on their feet.

When people say ‘food stamps,’ this is what they mean.

provides grocery money to low-income individuals and families. To get it, people generally have to prove that they’re working or trying to work. More than

Americans rely on it.

This one’s for the moms. WIC is designed to help cover the nutritional needs for low-income moms, moms-to-be, babies, and kids up to five years old. More than seven million moms and kids get it each month.

These aren’t the only programs giving low-income Americans an assist.

, which brings insurance to low-income people and kids. Some people get

. If you’re unemployed, you may qualify for

Ever heard of the deficit? These programs are

. They often mean taking from people who work hard and giving to people who don’t – encouraging recipients to stay

on the government. Not good for anyone.

Most of the people using these programs are already working but still need the help. Minimum wage is not a living wage. And it’s the gov’s responsibility to give citizens an assist.

can put restrictions on how some welfare recipients use their money

can also expand or reduce access to welfare benefits

may try to pass more

, like adding work requirements to people receiving certain benefits. They can also pressure companies to

can focus on prosecuting people accused of welfare fraud

Your vote can have major implications for how government funds are used and for the people who rely on them. Look into your candidates and make an informed decision.