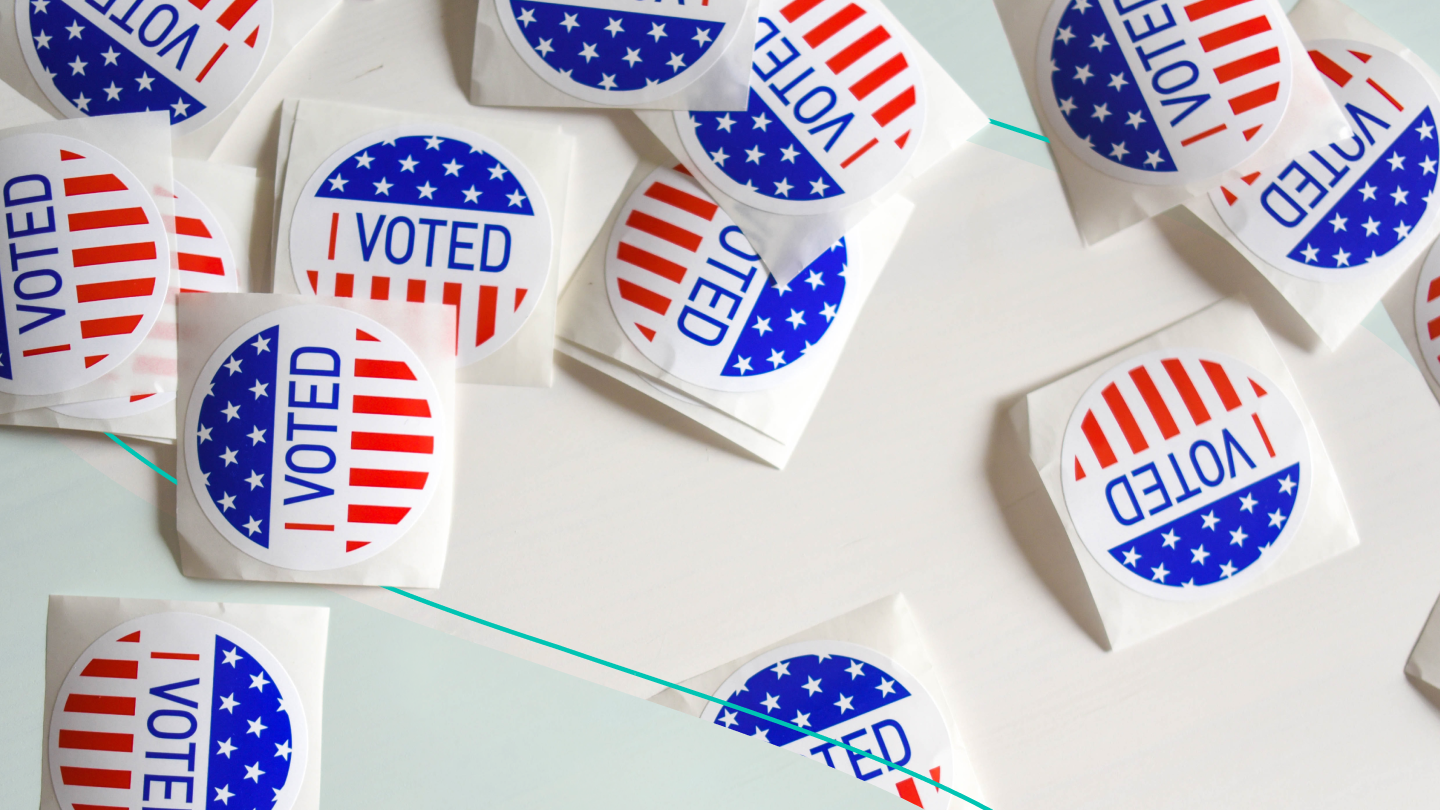 Americans have a history of ghosting the polls. Don’t be one of them.

How bad could it really be?

Bad. Only around 42% of registered Americans came out to vote in the last midterms. That’s the lowest voter turnout since 1978. The numbers get even worse when you look at millennials. Only about 20% of millennials showed up to the polls in the last two midterm elections. That needs to change. Now.

Because your vote matters. Who you vote for in November can affect your wallet, your health care, your access to things like abortion, the right to carry firearms, LGBTQ rights, welfare programs. And the list goes on.

Ok, so what’s going on this year?

In case you missed it, the country still wants to understand what the eff happened in 2016. There’s ‘

. There are revelations of

. Two years later, it wasn’t over, it still isn’t over.

President Trump is a polarizing figure. A lot of the

is standing by their man. Other

are eyeing their options. And to the left, to the left, Trump has inspired a wave of activist energy. Including a surge for

. Now, everyone is waiting to see whether that energy will translate to a Democratic ‘

’ in Congress. If it does, the balance of power in one or both houses could tilt to blue for the first time in years. And that will have consequences for Trump.

Tell me more about that balance of power.

Since one term in the House is two years, all 435 seats are up for grabs. To

Dems need to keep every seat they currently hold, PLUS win 23 new seats. It won't be easy, but it's doable since there are over

in areas that Hillary Clinton won in 2016. It doesn’t help Republicans that dozens of members of their party have announced they’re

hanging up their political hats

. Of the 35 seats up for election: 26 are held by Democrats, 9 are held by Republicans. To take control of the Senate, Democrats need to keep every seat, plus win two new seats.

If Dems win the House but not the Senate...

welcome to a divided government. In a bipartisan world, the C word (compromise) would keep the trains moving on time. But that’s not the world the US has been living in for the last decade. Expect a whole lot of nothing to get done.

If Dems win the House and the Senate...

welcome to a different version of divided government. It’ll be Congress vs. the White House for the next two years at least.

If the GOP keeps both houses...

President Trump and Republicans will have two years to continue pushing their policy agenda forward. As we’ve seen with the

, this has mixed results.

You’ve heard the uproar over the Trump admin’s

that ended up separating families at the US-Mexico border. Trump signed an executive order to stop the separations. But there are still hundreds of kids that have yet to be reunited with their families. There’s also the

that Trump wants built. Then there’s the question of how to fix DACA – the

that protected hundreds of thousands of undocumented immigrants that were brought to the US as children from being deported. Trump moved to end it and tasked Congress with coming up with a solution. Fast forward to now, there still isn’t one.

on fixing DACA and ending the limbo. The

on cracking down on sanctuary cities first.

has been digging into whether the Trump campaign had anything to do with Russia’s attack on the 2016 election. It’s been a sideshow to Trump’s presidency for over a year – and so has speculation about whether Trump will move to

there needs to be a law in place protecting Mueller from retaliation. Some Republicans

. If Dems take one or both houses of Congress, expect legislation to come to the floor.

. The kind that hear cases like the travel ban. And pretty much every other major court challenge. Senate Majority Leader Mitch McConnell (R-KY) has made it a

to green light the Trump administration’s judicial picks. So much so that President Trump

for the most circuit court judges confirmed in a president's first year. If the Dems take back the Senate, count on them to pump the brakes on that trend.

There’s a lot that happens on the state level though. So why does 2018 matter for your state?

A lot of reasons. The people you vote for to run your state have a big impact on your day-to-day life. Here are some issues that come up on the state level...

In 2020, the gov will collect a ton of data about the country (aka the Census): it determines things like where schools and hospitals should be built and how many House seats each state gets. Once that's determined, state legislatures or independent councils are responsible for

drawing up the district maps

(ex: if Colorado gets 7 House seats, the state needs to be drawn into 7 districts). A lot of times politics is involved to help a certain party keep its votes or get more. This is called partisan gerrymandering. And it’s becoming a big issue. See:

took this up with the US Supreme Court

. It said ‘pass.’ Until the Supremes declare a sweeping stance on this, state lawmakers will likely continue to take advantage. Meaning: the party you vote for this November may have the chance to draw your district maps – which can keep your state leaning red or blue for decades.

Last year, nearly 20 states passed new laws limiting access to abortion. After Roe v Wade, women were given the right to an abortion as part of their right to privacy. Typically

women have the right

to an abortion until the fetus in considered “viable” outside of the uterus. Which many states have put at around 20-24 weeks. But some states have cut down that time period. Mississippi just passed a bill banning abortions after 15 weeks

. And Iowa is trying to ban them after six

Gun control is an issue that's

on the state level. In the last year, states like Oregon, Rhode Island, Florida, and Washington have passed laws restricting access to guns for certain groups.

people under 21, people who’ve been convicted of domestic abuse, or people who have a restraining order out against them.

The GOP wanted to repeal and replace Obamacare. They haven’t. So some states are taking matters into their own hands and tackling Medicaid –

the insurance program that covers low income and disabled people. Some states (like

Repeat after me: your vote matters. Make sure you’re registered here.

PS: Want an audio version of why you should get to the polls, we've got it for you here.