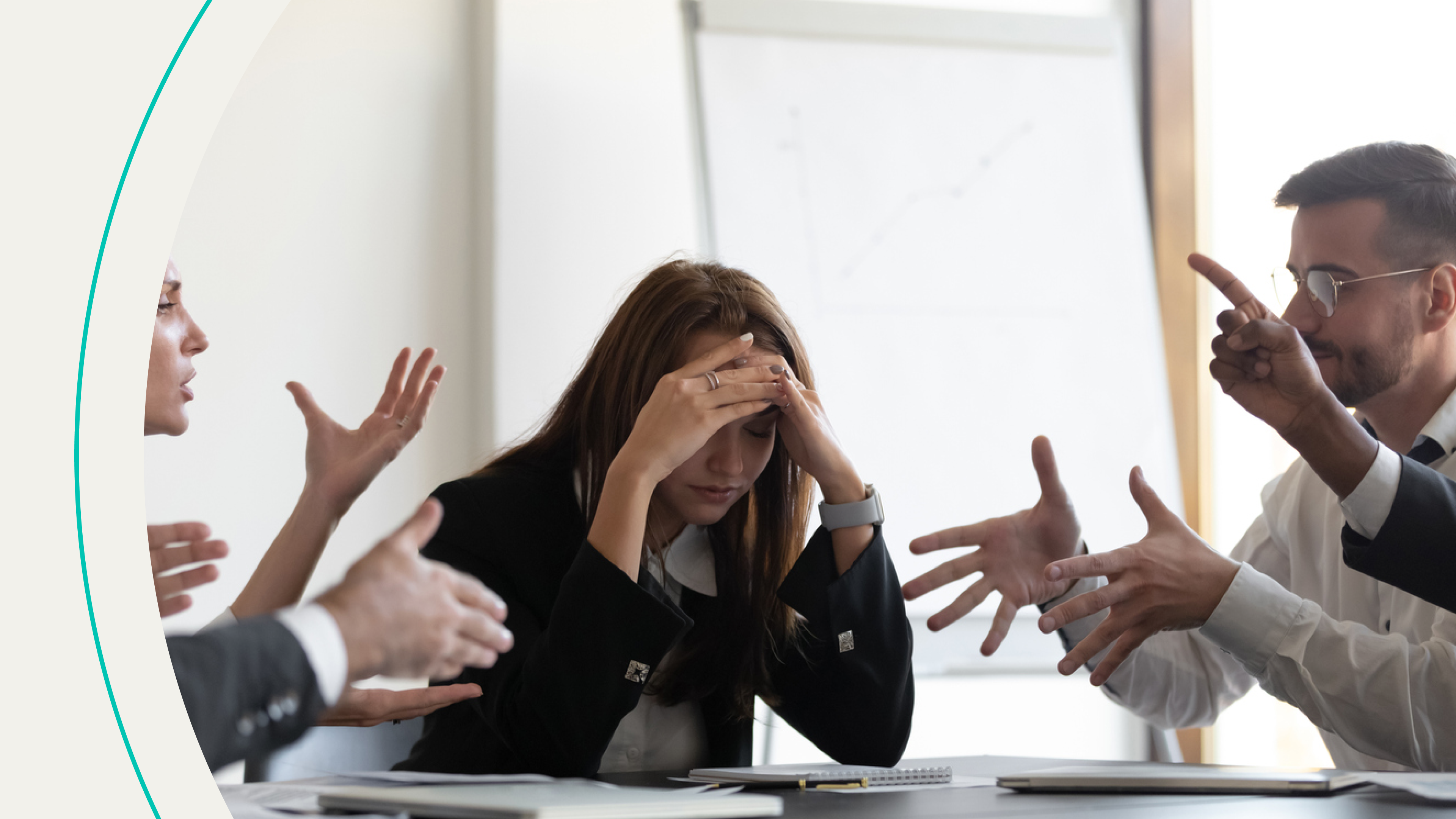 A hostile work environment shouldn't be swept under the rug. Especially since it can make a normal day at work feel unbearable. And it’s illegal.

What is a hostile work environment?

It’s more than just a rude coworker. Though, that is a part of what can create a hostile work environment.Legally, a hostile work environment is one in which you endure unwelcome actions and behavior from your boss — or your coworkers — that make it difficult for you to do your job. And discrimination also has to be involved. Think: A boss who makes fun of your age or religion, even if their comments are casual and said with a smile.

What are some signs I might be in a hostile work environment?

Here are a few red flags to look out for that can help you determine if your work environment is a hostile one:

This happens when a coworker uses your protected characteristics (think: race, gender, age) to make you feel unsafe or threatened at work. And harassment doesn’t only happen in the office — remote workers can experience it, too. Think: Sending images that make you feel uncomfortable or threatened while working. Yes, that includes Slack and text messages.

Not every toxic workplace is hostile, but every hostile workplace is toxic. Because a toxic workplace can make an employee feel threatened, but may not be based on discrimination. Toxicity is one of the top reasons employees leave their jobs. Oh hey, high turnover rates. PS: Bullying and bad bosses are both signs of a toxic work environment.

Another red flag is when employees are treated unfairly or aren’t included in major decisions based on their gender, race, sexual orientation, or another protected characteristic. This can also have a major impact on a company’s culture.

As in, cutthroat, ruthless competition. This type of behavior is common in hostile work environments. Think: Throwing a coworker under the bus to get a promotion. This can also lead to high turnover rates at a company.

What can I do about a hostile work environment?

If you’re uncomfortable with your work environment, the first step is to let your manager know. Psst...if the convo feels too heavy, reach out to human resources for help. That way, your employer has the chance to investigate and resolve the issue.And take notes on your experiences, and reach out to your manager or HR in writing because you may need to show proof later.If the issue isn’t handled internally, it’s time to find an attorney or file an official complaint with the US Equal Employment Opportunity Commission.

A hostile work environment is serious, and it shouldn’t be kept a secret. The first step is to let your HR department know what’s going on. Because staying in a hostile environment can impact your mental health.