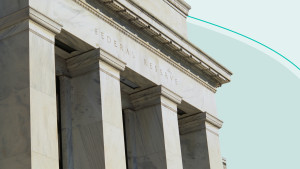 The Federal Reserve — aka "the Fed" — is our country’s central bank. And it’s kind of a big deal.

Start from the beginning...what's the Fed?

The Fed was created in 1913 following a financial crisis as a way to help keep the economy healthy. It’s made up of 12 Federal Reserve banks — each overseeing different parts of the country — and managed by a board of governors. At the helm is the Fed chair. President Joe Biden recently nominated Jerome Powell for a second term and tapped Lael Brainard — who has been outspoken on issues like banking regulations, climate change, race-based economic disparities, and digital currencies — for vice chair. (Psst...a former Fed boss you might recognize: current Treasury Secretary Janet Yellen, the first woman to serve in the role.)

There’s also the Federal Open Market Committee (FOMC), a group of policymakers who meet eight times a year to talk about monetary policies and their predictions for where the economy's headed.

And what does the Fed do?

It manages the nation's monetary policy, which means regulating the money supply and long-term interest rates (more on that below). Not to be confused with fiscal policy — including setting tax codes and gov spending plans — which is handled by the executive and legislative branches. Those powers combined aim to maintain financial stability in the US, with the specific goals of getting to a high level of employment and price stability. The Fed also supervises and regulates banks to ensure the financial system and consumers’ (aka your) rights are protected.

Why should I care?

You can’t control what the Fed does. But you can make your own money moves in response to theirs. Like when the Fed cuts interest rates — and mortgage rates drop as a result — you may be able to save money when you buy a new home or refinance. Or when it raises rates, you'll want to do the opposite and work on paying off debt (especially credit card debt, which often comes with double-digit interest rates) as fast as you can. Read more about how the federal funds rate affects your wallet here.

The Fed is an important gov agency, set up to help our economy run smoothly. And the decisions it makes can affect your finances — both positively and negatively. So keep an eye on what the Fed’s doing and switch things up if needed.

Updated Dec. 17 to include the latest developments at the Fed.