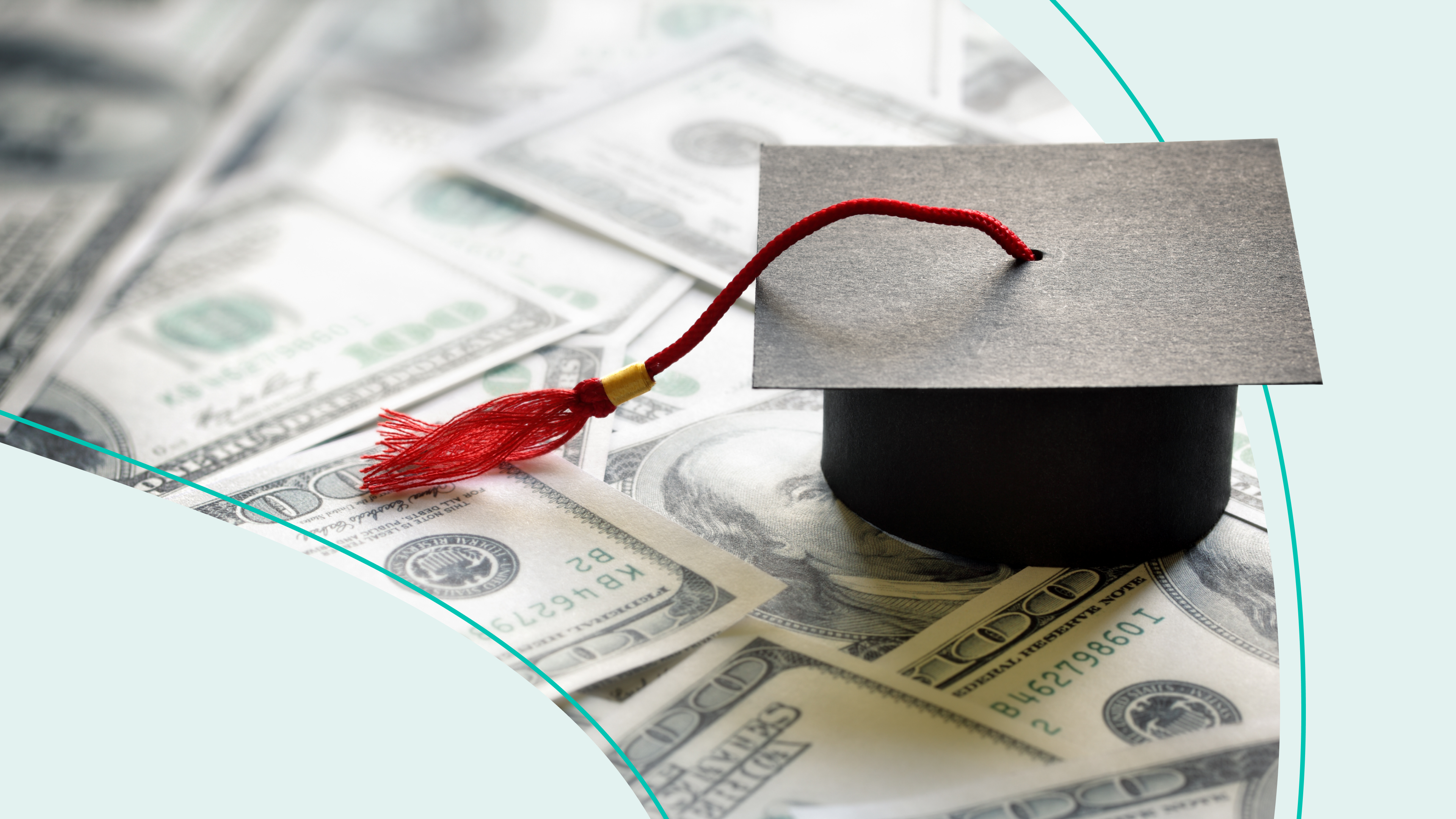 Retirement might feel like such a long way off that dipping into 401(k) funds is tempting. Especially if you have a ton of student loan debt weighing on your budget. But it’s not a strategy experts typically recommend.

Taking money out of retirement accounts before you reach retirement age (hint: that’s 59 ½) usually comes with some expensive consequences, like…

The IRS will charge a 10% penalty on any money you withdraw from your 401(k) before you turn 59½. Yes, Uncle Sam celebrates half-birthdays. So paying off the average student loan debt balance of almost $39,000 would cost you about $3,900 in fees — if you're even allowed to access the money.

“Before you start planning to take money out of retirement savings, I recommend first checking with your 401(k) plan administrator to confirm a premature withdrawal is something they would allow you to do,” says Lauren Anastasio, a Certified Financial Planner and director of financial advice at investing app Stash. In some cases, you need to leave your job or take out a 401(k) loan (more on that later) to get your cash.

Ready for some exceptions? There are a few ways to avoid paying the 10% penalty for early withdrawal. One is the "Rule of 55," which says you can take money out of your 401(k) penalty-free if: 1) you leave a job during the same calendar year that you turn 55 or older, and 2) you withdraw money from your most recent employer. You can also skip out on the penalty if you are or become totally and permanently disabled. Or if you die.

Another possible way out of the penalty: If you’re facing a qualifying financial emergency  — think: heavy medical costs or foreclosure or eviction, but not student loan debt —  you could take a hardship withdrawal to cover what you need now. It’s up to your plan’s admin whether this is allowed. If so, you need to show evidence of your hardship and prove that the 10% penalty need not apply.

Even with these exceptions, you'll still have to pay...

The IRS treats early withdrawals from your 401(k) as income. Meaning you’ll owe taxes on the full amount of your withdrawal for that tax year. Some states pile on with an additional tax on what you withdraw. And keep in mind: your income tax rates are usually higher when you're working. So you could pay more in taxes today than you would in retirement.

One of the biggest reasons to build up your 401(k) early is to let compounding returns do their thing: grow your wealth. Withdrawing that money to pay off your student loans means cutting its time in the market. And potentially losing out on gains that are probably bigger than the student loan interest you might have saved. Because investment returns tend to be higher (on average) than the rate you pay on college debt.

Some companies allow employees to take loans from their 401(k)s. “In many cases, this is easier and more beneficial from a tax perspective than taking a premature withdrawal,” Anastasio says.

There are some benefits to this strategy. A 401(k) loan doesn’t require a credit check or show up on your credit report. It also comes with low interest rates (which you pay to yourself anyway, not a bank). And there aren’t any tax consequences — as long as you pay the money back on time.

There are downsides, too. You often have to pay an "origination fee" of up to $75, and sometimes additional maintenance fees. Usually, you have a max of five years to pay the loan back. After that, be ready for penalties and taxes on the remaining balance. If you leave your employer before the loan is paid off, your balance is due immediately. Meaning it's risky to use a 401(k) loan to pay student loans if you don't have job security. And again, you'll miss out on those years of tax-deferred compounding returns that may be tough to make up for later.

It's also worth noting that student loans issued by the federal government come with benefits and protections that other debts don’t. Think: deferment and forbearance options, income-driven repayment plans, and even loan forgiveness. Replacing your student loans with debt in the form of a 401(k) loan would get rid of those perks. And wouldn’t actually cut down the amount of debt you owe.

Ideally, when you retire. Once you reach retirement age, you’re free to start taking money out without paying any penalties. But you will likely need to pay income taxes, unless it's a Roth account. When you turn 72, you have to start making regular withdrawals, aka "required minimum distributions."

What's a better option to pay off my student loans?

That will depend on whether you have federal or private loans.

If you have federal loans…

Anastasio says you should ask about the possibility of an income-driven repayment plan, deferment, or if other payment modification options are available. You could also get student loan forgiveness, if you have a qualifying job or if it's part of your income-based repayment plan. Don't bank on it coming from the gov.

If you have private loans…

Look into refinancing. Getting a lower interest rate can help you reduce your monthly payments and save money over time. Or you could consolidate your debt using a personal loan if your student loan rates are on the higher side. But change isn't always good, so be sure refinancing is right for you before you make your move.

One more possibility, courtesy of the SECURE Act: If you’re the beneficiary of a 529 plan, the account holder can withdraw up to $10,000 to use for paying off your debt — without penalties or federal taxes.

Getting rid of your crushing student loan debt can feel a lot more urgent than (maybe) retiring someday. But using a 401(k) to pay student loans is almost never worth the cost — today or down the road. You have better options to explore first when it comes to getting your student debt under control.