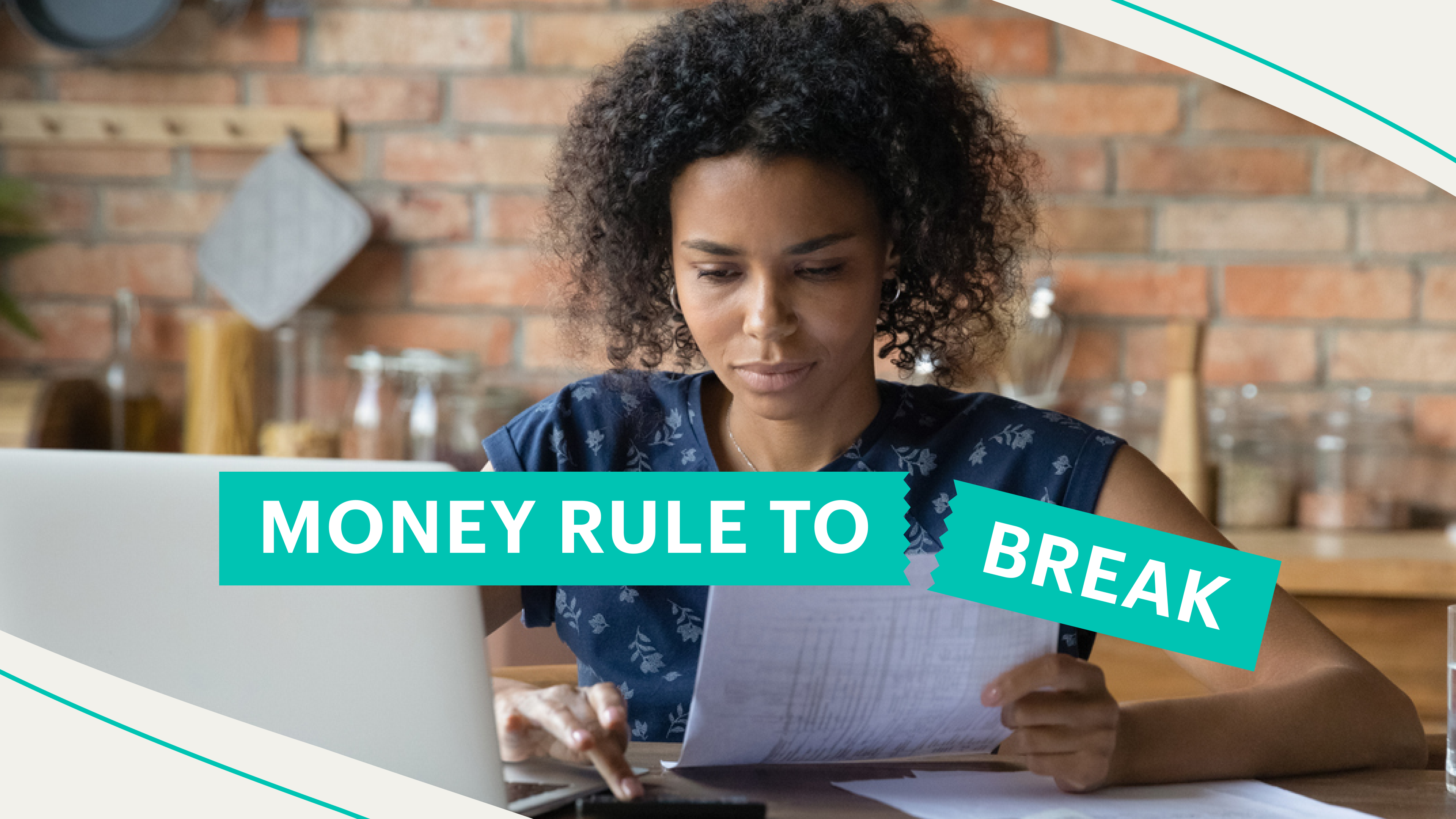 It’s April, but don’t be fooled: March Madness isn’t over yet. The women’s and men’s NCAA basketball tournaments wrap up on Sunday and Monday nights, respectively. Which could mean a big payday (or loss) for some of the roughly 45 million Americans who wagered an estimated $3.1 billion on the men’s tournament.

PS: Ramadan Mubarak to everyone observing.

Taxes. Tax Day is just over two weeks away. (Hint: April 18 for most of the US or April 19 in Maine and Massachusetts.) If you haven’t filed yet (no shame), it’s time to get organized:

And while you’re thinking about taxes, here’s how you can prep for next year:

Financial Literacy Month, aka April, is dedicated to promoting financial education. And so is Skimm Money. Because the first step to building wealth and achieving financial independence is understanding how money works. That's why, this whole month, we’re talking about money rules you may have heard from the experts (or your parents)...and explaining why some rules were made to be broken.

Money rule: You need a 20% down payment to buy a house.

Why you can break it: A bigger down payment could help you win a bidding war (which is common in the tight housing market). But with home prices continuing to climb, 20% down payments are becoming harder for potential buyers to secure. And mortgages that let you put down less can make homeownership more attainable. But warning: a smaller down payment might mean higher monthly mortgage payments and paying for private mortgage insurance. Learn all the pros and cons to find out if breaking this money rule is the right move for you.

The first quarter of 2022 was a wild ride for crypto. January marked one of Bitcoin’s worst starts to a year. And many are saying, 'stop trying to make NFTs happen,' despite their being among last year's hottest (and most lucrative) investing manias. And last month, one of the largest crypto heists to date exposed security concerns for decentralized finance — to the tune of more than $600 million.

Still, crypto ads are seemingly everywhere. Like at the Grammys this weekend, following appearances at the Super Bowl and the Oscars — during which a Crypto.com ad urged viewers to donate to Ukraine. Reminder: Crypto has become an unlikely weapon in the Russia-Ukraine war. And it could have political implications in the US as well (hi, 2022 midterms). ICYMI, the US gov is inching closer to crypto regulation.

And virtual worlds are developing further. Web3-related job listings continue to grow as companies race to get in on the ground floor of the next version of the internet. Similarly, brands and developers are pushing into the metaverse, bringing real-life experiences — like buying real estate and attending fashion week — to a new virtual reality built on blockchain technology and crypto.

When a company increases the number of shares available for investors to buy. Which means people who already own shares see their holdings multiply as the price of each share goes down, so their total value stays the same.

Example: When Tesla implemented a 5-for-1 split in August 2020, investors saw each share they owned turn into five. And the price per share went from more than $2,000 to above $440. And they're hoping to do it again. This week, Tesla announced an upcoming stock split in order to pay stock dividends to shareholders. Other tech giants Alphabet and Amazon are also planning stock splits. Oh, and GameStop, too.

Why split up? The move typically aims to attract new investors by making individual shares more affordable. It can also be a sign that a company is doing well financially. But it’s not necessarily good or bad for individual investors. We Skimm’d the top terms you need to know to up your investing confidence. (And your net worth.)

Throughout the workweek it can feel like we’re nonstop spending — time, money (hi, lattes), energy, and more. And by the time the weekend rolls around, we’ve reached a point of diminishing returns. We’re here to ease up your Saturday routine with the Daily Skimm: Weekend. Every Saturday at 10am ET, catch up on the week's biggest stories, browse our top product picks, check out our downtime recs, and more. So you can spend your weekend (and well-earned money) smarter.