The Tax Impact of Living and Working in Different States 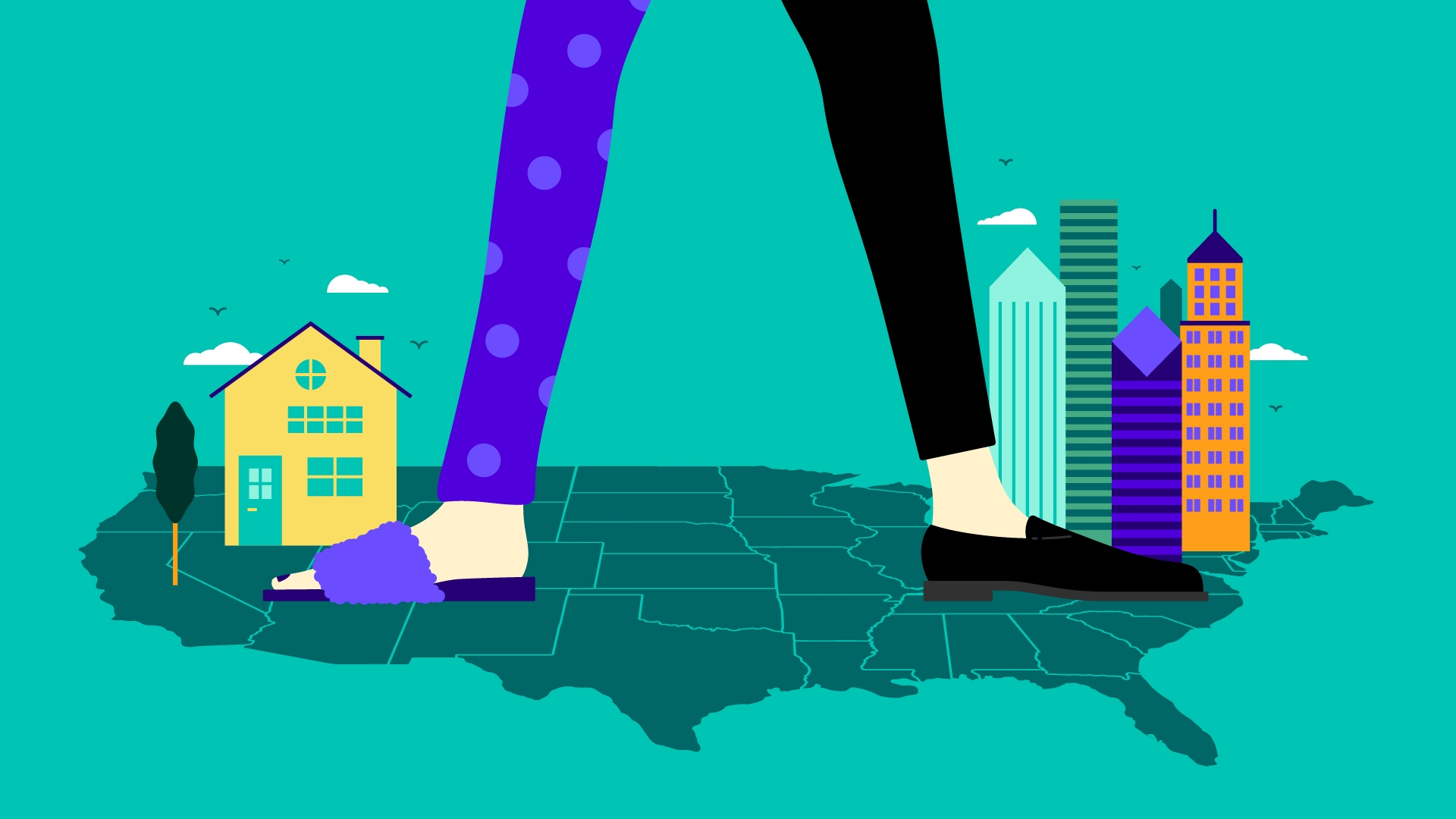 Sure, you can relocate during a pandemic. But it might cost you.

You could face a higher tax bill this year if you spent some time working-from-not-your-home in 2020. Think: from your parents' house out of state, a sunnier vacation home or while Airbnb-hopping around the country. The more time you spend in another state, the more likely it's going to want a cut of your income.

Depends. More than a dozen states say they're not taxing temporary residents who came for extended visits amid the pandemic. Others aren't feeling so generous. In which case, you may have to file two types of returns:

The good news: you shouldn’t be taxed on the same money twice. So don’t worry about paying income tax in more than one state. Usually, you pay taxes to the nonresident state and get a credit from the state you normally live in.

But there’s always an exception. Enter: reciprocity agreements. That’s a deal between neighboring states that allows people to work in one and live in the other without having taxes from their work state withheld from pay. Example: people who live in Virginia but work in DC or live in Pennsylvania and work in New Jersey.

How long can you work in a state before you have to start paying taxes there?

There's a big range, depending on the state. But it can be as little as one day. Yikes. Check the Department of Revenue site for info on your nonresident state's rules.

Don’t be afraid to ask for your help. This situation can be complicated, especially because rules vary from state to state. So hitting up a tax pro, like a CPA, for advice may be a smart move. Just be sure to check their credentials and ask about fees first.

Taxes are often on people's don't-want-to-do list. And if you relocated during this pandemic, doing them can be more daunting than usual. But that doesn't mean Uncle Sam will accept "this is too confusing" as an excuse. And neither will any of the states looking for their cut of your pay.