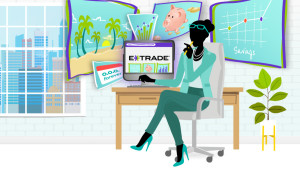 OSCARS NOT AS WHITE

What the Academy lacked in a host last night, it made up for in diversity.

So the Academy has learned a thing or two from #OscarsSoWhite?

Apparently. Although the creator of #OscarsSoWhite says there's more work to be done. "Green Book" – which was criticized for being a "white savior" movie – won best picture. Cue a few groans. But Ruth E Carter and Hannah Beachler became the first African Americans to win best costume design and best production design, for "Black Panther." Spike Lee got his due for best adapted screenplay for "BlacKkKlansman." Mahershala Ali is now two for two on best supporting actor wins. Regina King won best supporting actress for "If Beale Street Could Talk." Domee Shi won for an animated short about a dumpling (seriously, just watch this).

Who else is carving their name into a statue?

Rami Malek was the champion. Olivia Colman was the favourite. Also Alfonso Cuarón and Lady Gaga. Period. End of sentence.

You mentioned no host...

Correct. Kevin Hart came and went. So it was up to Maya Rudolph, Amy Poehler, and Tina Fey to open. And give a shoutout to women supporting women. Melissa McCarthy rocked a rabbit dress. Wayne and Garth came out screaming. Awkwafina and John Mulaney were nervous. Spikey Poo noticed.

Who won the red carpet?

Cool. Remind me why everyone cares about the Oscars again?

It's the biggest award in the biz. And it tends to make money move. As in winners can go on to bring home bigger paychecks. And movie studios sometimes say 'cha ching' to higher ticket sales, DVD sales, streaming sales...you get the (best) picture.

With one crisis after another (#OscarsSoWhite, #MeToo, record-low ratings), the Academy has been struggling to stay relevant. This year, voting members seemed to be loud and clear about recognizing more diverse talent. With major film fests coming in the next few months – like Tribeca and Cannes – eyes are on the kinds of stories and talent that will be front-and-center in the coming year.

Venezuela. Over the weekend, violent clashes erupted at the Venezuela-Colombia border. Tensions have been running high in the country ever since opposition leader and head of the country's parliament Juan Guaidó invoked the constitution to act as interim president…in an attempt to oust Nicolás Maduro, who's been president since 2013. Dozens of countries – the US included – have recognized Guaidó as Venezuela's leader. And sent tens of millions of dollars' worth of aid to address Venezuela's humanitarian crisis. But Maduro has been working to block the aid, saying that it's part of a coup attempt by the US. Over the weekend at the Venezuela-Colombia border, pro-Maduro troops fired tear gas at people trying to deliver the aid. People were also working to get aid into the country through Brazil, where violent clashes also broke out. At least four people died and hundreds were injured over the weekend. Today, Guaidó is expected to meet with US VP Mike Pence and other foreign leaders in Colombia to discuss the situation.

Skimm More: Want more on how Venezuela got into this political crisis? Here you go.

Men in positions of power. Yesterday, Pope Francis ended his conference addressing the problem of child sex abuse in the Catholic Church. He called for an "all-out battle" against the abuse. Critics wondered what exactly that meant. And the Vatican said it will publish a guidebook for bishops on their "duties" regarding abuse. In other news, R Kelly. On Friday, the singer was charged with 10 counts of aggravated sexual abuse for allegedly abusing four women, including three who were minors at the time. Now, he's in jail after the judge set a $1 million bond. His lawyer says the women in the case are lying. And in case you thought you were done with stories of men making you say 'ugh,' there's New England Patriots owner Robert Kraft. On Friday, he was charged with two counts of soliciting sex as part of a crackdown on human trafficking and prostitution in Florida. Kraft denies doing anything wrong.

Snooze. Yesterday, President Trump delayed increasing tariffs on Chinese goods. ICYMI, the US and China have been in the middle of a tit-for-tat trade war. Late last year, Trump and Chinese President Xi Jinping said 'let's sit down and talk.' That meant no new tariffs for 90 days. That deadline was coming up on Friday. Now, Trump is saying he'll be delaying any new tariffs because of productive talks. Unclear what the new deadline will be.

What health officials are thinking about...

Measles. The World Health Organization says that an outbreak in Madagascar is believed to have killed more than 900 people since the fall. Measles is one of the world's most contagious infectious diseases – but it's preventable with a vaccine. The measles vaccine has saved an estimated 21.1 million people since 2000. But in Madagascar, access to the vaccine is limited and less than 60% of the population is vaccinated. The gov has been trying to vaccinate people en masse to stop the outbreak. In other countries apparently worrying about measles, Costa Rica. The country has been measles-free for five years. But earlier this month, a boy who hadn't gotten his measles vaccination visited from France. He's currently quarantined. But the gov is worried about who he may have come into contact with.

I'm not crying, you're crying. Meanwhile, Saudi Arabia appointed its first female ambassador to the US.

Huawei is going all in on the foldable phone trend.