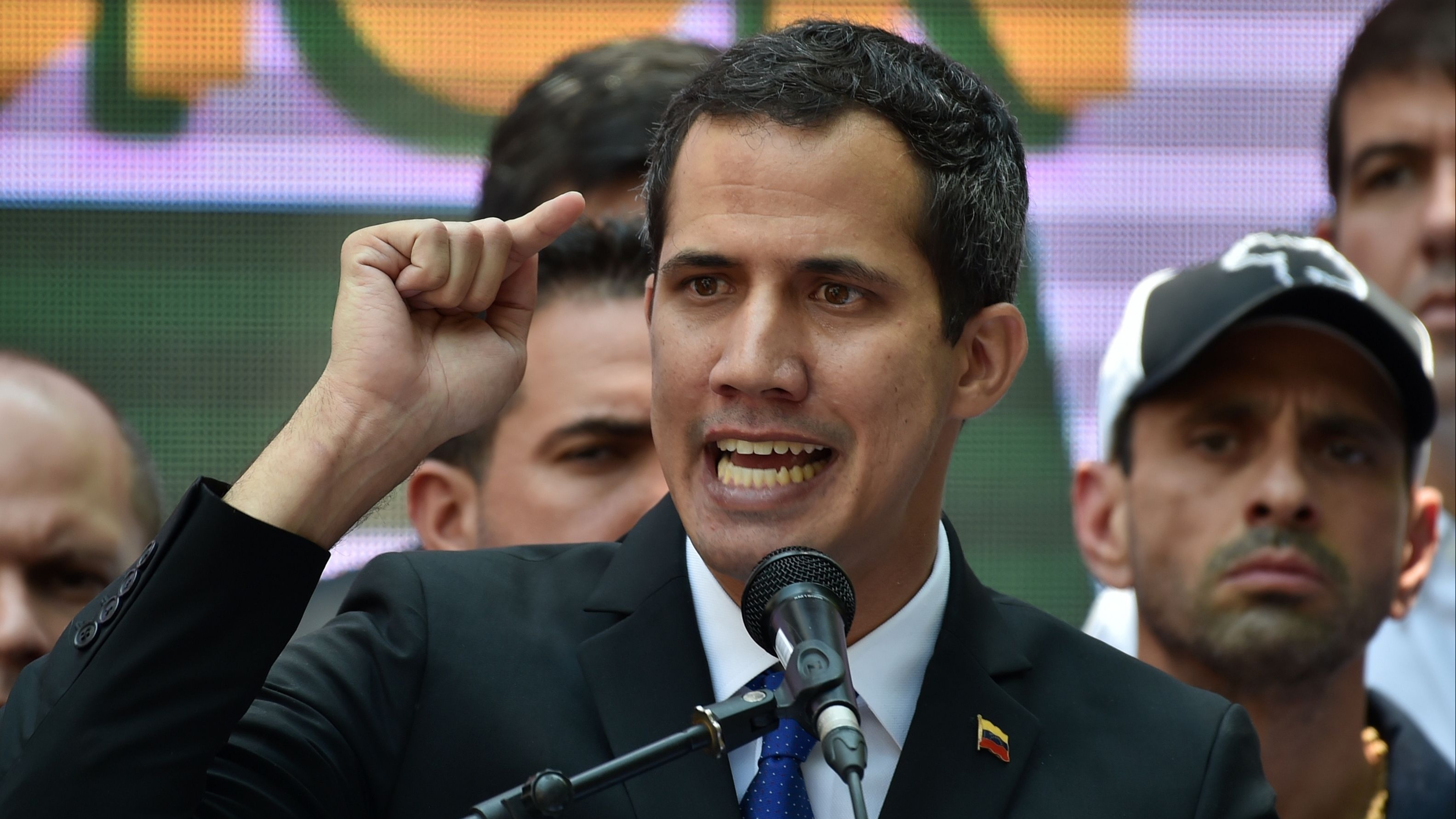 I wouldn’t hate a refresher.

For months, Venezuela’s been dealing with a major political crisis in addition to its years-long economic crisis. Many accused Maduro of rigging last year’s presidential elections to come out on top. Then earlier this year, Guaidó – the head of the country’s parliament – invoked the constitution to go by the title of interim president. A number of countries (like the US, France, and Brazil) threw their weight behind him. But other countries (like Russia, China, and Turkey) have stuck by Maduro’s side.

K thanks for that. So how exactly has Maduro been cracking down?

His gov has done things like trying to bar Guaidó from leaving the country, freeze his bank accounts, and detain his chief of staff. Now, it’s banning him from holding public office for 15 years because of alleged inconsistencies found in an audit into his finances. Important to note: this audit was conducted by the country’s state comptroller – a Maduro ally.

Guaidó and his supporters have little to zero concern about this ban. And both the pro-gov and opposition movements are expected to show up this weekend to protest. But while all of this political infighting has been going down, Venezuelans have been dealing with multiple power outages that have left many without electricity. And have exacerbated problems like looting and a lack of access to food and water.

Brunei is punishing people who have gay sex by stoning them to death.

Because I need a minute to process that, can we start with where exactly Brunei is…

In southeast Asia near Malaysia. It’s a small oil-rich kingdom with close to 450,000 people living there, most of whom are Muslim.

A few years ago, the sultan (yes, sultan) announced he would install a strict version of Islamic law. This led to mass protests and international outcry. In response, the gov took its time implementing the new laws. The latest rules were quietly announced in December, and will take effect next week.

But seriously. Stoning to death?

Yes. It’s already illegal to be gay there, but the new laws make it punishable by death. The same punishment also applies to people who commit adultery. And people who get caught stealing could have their hands or feet amputated.

You would be correct. Human rights groups are up in arms. Amnesty International is calling on the country to stop the rule from going into place ASAP. But the sultan has called the updated laws a “great achievement.”

International protests and boycotts succeeded in pushing back these laws for a few years. But all signs show that the effect has worn off and that Brunei’s now planning to move full-steam ahead – serving as a stark reminder that dozens of countries still consider being gay a crime.

What to say while waiting for Lyft to go public…

Also waiting on the full Mueller report. Last week, special counsel Robert Mueller ended his Trump-Russia investigation. Attorney General William Barr summed up the findings with a four-pager. He says Mueller found no evidence of collusion but flagged that there wasn’t a conclusion drawn on whether Trump obstructed justice. Now we’re finding out that the report is more than 300 pages long. Which, let’s be honest, shouldn’t be surprising considering this was an almost two-year investigation resulting in almost 200 charges. But Dems aren’t trusting a Trump appointee with giving them the CliffsNotes version. Barr has promised he’ll release more of the report but needs to go page by page and scrub info that could be illegal to release (ex: if it’s part of an ongoing investigation). In other things not feeling trusted: Huawei. The US wants allies to tell the Chinese tech co it can’t install 5G hardware in their countries. The reason: it thinks China could use the equipment to spy on people. Europe’s been hesitant to, especially since 5G’s expected to be revolutionary…and Huawei could provide it on the cheap. But now the UK is raising a flag, but not so much because of the spying. It says there are vulnerabilities in the system that other hackers could exploit. Huawei says it’s taking the UK report seriously.

What to say when your friend’s apology is too little, too late…

Not buying it. The Department of Housing and Urban Development is suing Facebook for housing discrimination. You know Facebook as the company behind privacy violations, fake news, and messages you don’t check. HUD had filed a complaint about this issue last year. And last week, Facebook said it was shaping up. But HUD says ‘not good enough’ and is moving ahead with this suit, accusing Facebook of letting advertisers pick and choose who saw their housing ads – excluding entire groups like those who weren’t born in the US or aren’t Christian. Speaking of not getting off the hook, the people behind prescription opioids. New York’s Attorney General Letitia James is suing a number of opioid makers and distributors, including Purdue Pharma and the Sackler family that owns it. She’s calling this the country’s “most extensive lawsuit” against them.

Here’s what else is happening up north: yesterday, the Canadian province of Quebec intro’d legislation to bar government employees from wearing religious symbols while working. In 2004, France banned things like crosses, hijabs, and kippas from public schools. Now, Quebec is trying to pull off something similar. And it’s likely to pass. The province has tried to ban face coverings before, but that law is still caught in legal limbo – in large part because it was seen as targeting Muslims. Supporters say this new bill is to protect Quebec’s secular values. Critics say it’s discriminatory, and will treat Muslims and Jews as “second-class citizens.”

Puerto Rico‘s trying to get in the one to statehood. Yesterday, a bipartisan group of lawmakers intro’d yet another bill to make Puerto Rico state number 51. People there have voted multiple times to turn the US territory into a state – which would allow it to do things like vote in presidential elections and have Congressional reps who can vote. Pretty important, since Puerto Rico’s been suffering from a recession and is recovering from Hurricane Maria. But it needs Congress to sign off, which hasn’t happened since past efforts have stalled. President Trump has said he’s against it, so this attempt isn’t expected to pass either.

Nina Martinez. She became the first living person with HIV to donate her kidney to another person with HIV. There’ve been around 100 HIV to HIV transplants in the US since it became legal a few years ago, but those organs came from deceased donors. Now, Martinez is helping one more person get off the donor wait list.

What to say when you need a moment…