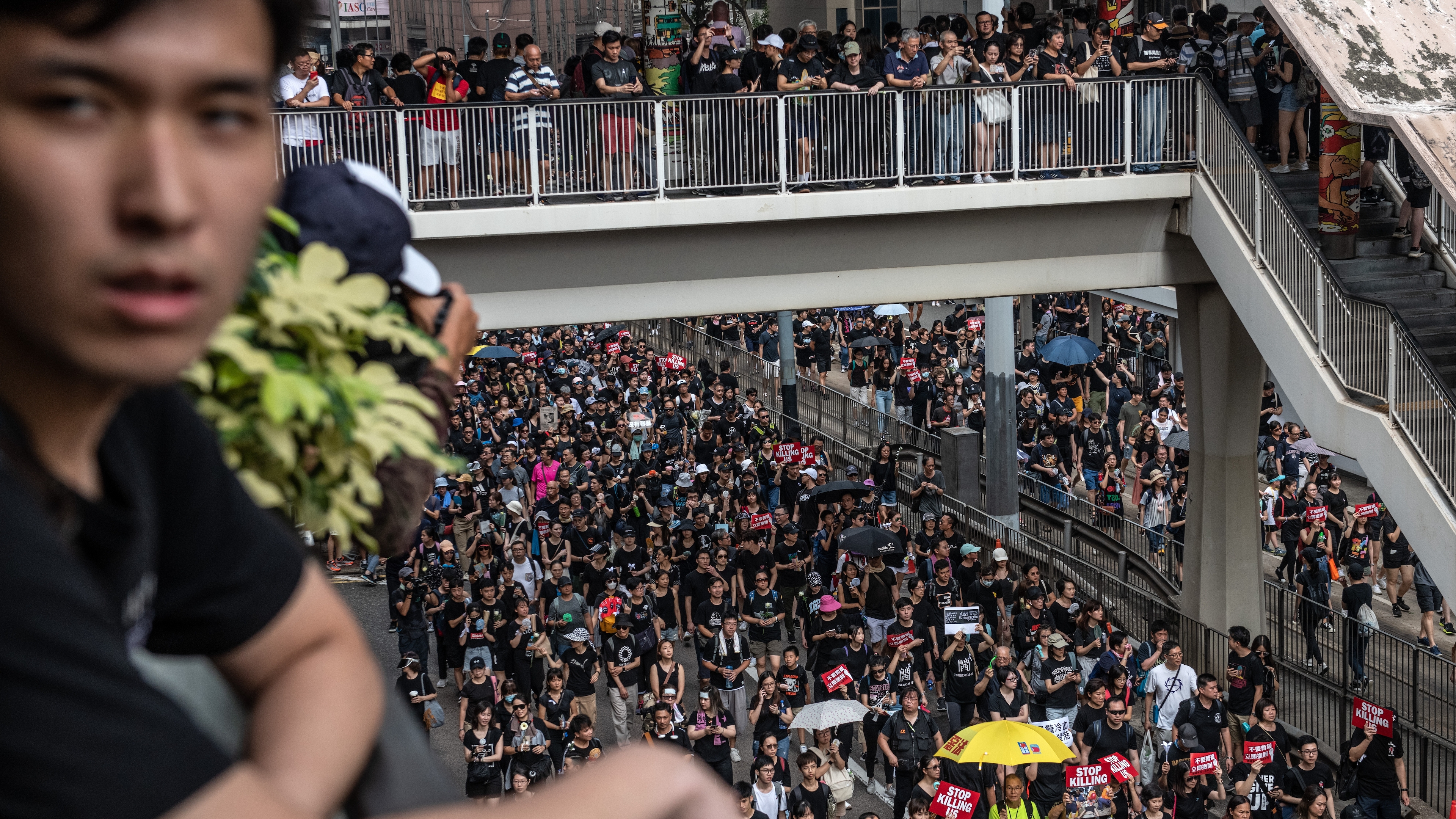 Hong Kong’s leader is apologizing and hitting the pause button on a controversial extradition bill.

Tell me about it…

The bill would allow Hong Kong to extradite some criminal suspects to China and Taiwan. Supporters are hoping it’ll be implemented to send a Hong Kong man to Taiwan to face charges over the murder of his girlfriend. Critics are hoping it won’t, fearing the bill would make it easier for China to get its hands on political dissidents.

What did the people of Hong Kong say?

Last week, hundreds of thousands took to the streets to protest this bill. At one point, police fired tear gas and rubber bullets into a crowd blocking lawmakers from debating it. The debate was delayed but the vote was still expected to happen this week.

Correct. The protests got Hong Kong’s leader, Carrie Lam, to suspend the bill indefinitely. Protesters said ‘not enough.’ Yesterday, nearly 2 million turned out, according to organizers. They called for Lam’s resignation, for protesters to be released from jail, and for the bill to be fully withdrawn (not just suspended). Yesterday, Lam issued a rare apology for how this bill was handled. But she hasn’t resigned or addressed the other demands.

Wait so what happened to the bill?

Lam still hasn’t withdrawn it. And you’ll keep hearing about it since this bill has led to more concerns of China’s influence in Hong Kong.

Hong Kong has a unique status from mainland China. In 1997, the former British colony was handed back to China – but the deal was that Hong Kong would get some autonomy (think: its own laws, justice system, and economy) for 50 years. That deal expires in 2047, at which point Hong Kong will be fully part of China.

This has become Hong Kong’s biggest political crisis in years. And shows just how much tension lies beneath the surface of Hong Kong’s relationship with China. How it handles this bill (and the reaction to it) could be telling for how things will go down when China takes the reins in 2047.

Where apologies are being made…

Phoenix, Arizona. Over the weekend, the mayor apologized after viral video footage came out about a police incident with a black family. Last month, officers were called in after accusations that someone had stolen merchandise from a Family Dollar store. According to the family, one of their daughters had taken a doll without their knowledge. Officers tracked down the family’s car and were recorded kicking the father, pulling a gun on the family – including the pregnant mom – and threatening to shoot. None of the officers were wearing body cameras but bystanders took video. The family filed a $10 million claim against the city, claiming emotional distress over the incident. The claim also says the father is limping and has no way to get to work since their car was impounded. A police chief said the department is conducting an internal investigation, and the mayor is apologizing to the family for what they went through. She says she refuses “to allow this type of behavior to go unchallenged.” And that she’d speed up putting body cameras across the police department.

What to pay attention to south of the US…

Peru. Over the weekend, the country imposed new rules to try to stop the influx of Venezuelan migrants. For years, millions have fled the crisis in Venezuela, with about 800,000 making the trek to Peru. The gov used to welcome them with open arms – making it easy for Venezuelan migrants to live and work there. But the rhetoric has since changed, with accusations that Venezuelans are driving down wages and bringing in crime. Now, the country said it wouldn’t allow people in without passports or visas – though that doesn’t apply to asylum seekers. A record number of Venezuelans (more than 8,000) entered the country on Friday, before the rules went into effect.

Who’s singing ‘what goes around comes around’…

India. Yesterday, the gov put tariffs into effect on 28 US goods including apples, almonds, and walnuts. This was in response to the US’s steel and aluminum tariffs that the Trump admin enacted last year to try to cut down on trade deficits. At the time, India said ‘I’ll get you back,’ but the two sides were still trying to talk it out. Then earlier this month, the US stopped granting India special trade privileges. Now India’s saying ‘no more Mr. Nice Guy’ and enforcing more tariffs of its own. This could make it more expensive (and possibly lower demand) in India for hundreds of millions of dollars’ worth of US goods.

Carli Lloyd. Yesterday, the US soccer star became the first player to score goals in six straight Women’s World Cup games. Now, the US team – which is the reigning champ – is advancing to the round of 16. If you’re not watching yet, get on it.

The Los Angeles Lakers. This weekend, they got Anthony Davis in a trade with the New Orleans Pelicans. (See: LeBron James’s happy dance.) Don’t cry for the Pelicans though. In exchange for Davis, they got: Lonzo Ball, Brandon Ingram, Josh Hart, the no. 4 overall pick in this week’s draft, and two future first-round draft picks. Now that’s a deal.

Why Father’s Day should be every day…

Skimm This. ICYMI, our podcast asked you about the dad figures in your life. And we listened. Now it’s your turn.