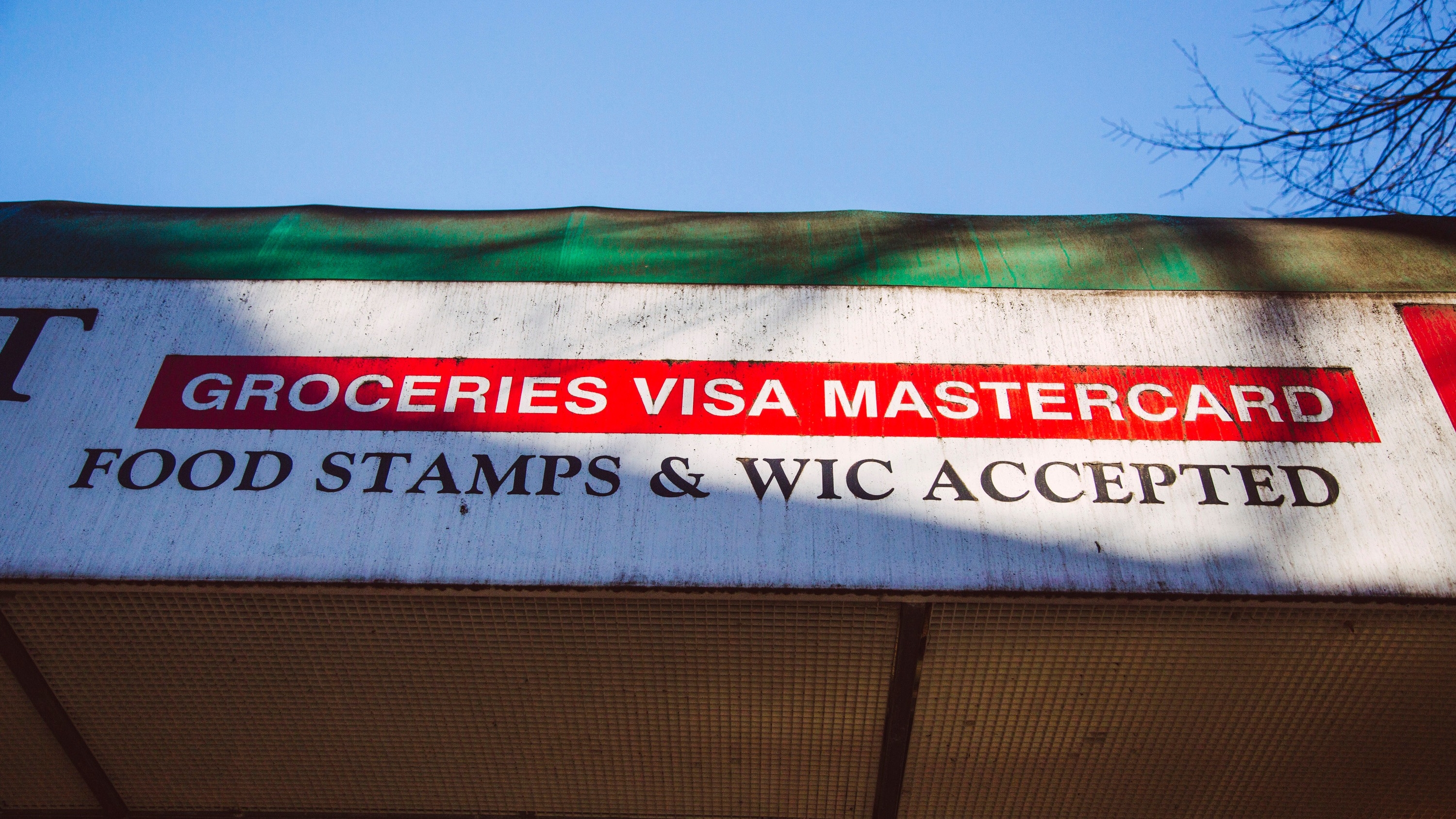 The Trump administration is proposing some edits to SNAP.

SNAP stands for Supplemental Nutrition Assistance Program, and provides food stamps to those who qualify. Last year, it served about 40 million people in the US. Important, because almost 12% of households in the US are food insecure, meaning they don't have consistent access to sufficient food. If your gross income is 130% of the federal poverty level or below (think: about $33,000 for a family of four), you qualify for SNAP. But there's an exception.

States have the flexibility to expand the qualifications for SNAP depending on people's situations (like if they already qualify for other forms of assistance). That's where the proposed change comes in.

And that would be...

Yesterday, the admin said it wants to cut that exception, calling it a "loophole" in the system. It says the change would save $2.5 billion a year – what some see as necessary belt-tightening as the federal deficit continues to grow. The admin also reportedly maintains that many Americans don't need SNAP, considering the country's strong economy and low unemployment.

And the argument to keep it is...

An estimated 3.1 million people would lose access to the program. Anti-poverty advocates also worry that the admin's change would keep people in poverty by discouraging them from getting higher-paying jobs or saving money at risk of losing access to SNAP. They also say the gross income limit doesn't take into account how expensive things like child care can be.

The proposal undergoes a 60-day public comment period, which is expected to start today.

This is part of a larger trend of the Trump admin working to restrict federal aid (see: trying to establish work requirements for SNAP and change how the poverty threshold is calculated). In this case, the change is expected to be challenged in the courts if it were to take effect.

Skimm This: Listen to our in-depth story on the proposed change.

Whose voice you'll be hearing today…

Robert Mueller's. Today, the former special counsel will testify publicly before two congressional committees. It's been four months since he turned in his 448-page report on Russian interference in the 2016 election. Mueller found the Trump campaign had contacts with Russia, but there wasn't evidence that they conspired or coordinated to win the election. He looked into 10 instances to figure out whether President Trump obstructed justice, but didn't reach a conclusion on that. Mueller later spoke out publicly to say that if his team could have cleared Trump of a crime, it would have. And that he doesn't have anything else to say about it. The House Judiciary and Intelligence Committees said 'yeah but talk to us anyway.' Today, he'll submit his 448-page report as his official statement on all this. Message received.

Who has a new job…

Boris Johnson. The polarizing figure will become the UK's next prime minister after winning the Conservative Party leadership race. Today, PM Theresa May hands in her resignation to Queen Elizabeth II, who will ask Johnson to form a new government. Johnson will be the 14th prime minister during her reign. Remember that for trivia night.

Mark Esper. Yesterday, the US Senate confirmed him as the new defense secretary. The Army veteran and former defense industry lobbyist replaces Jim Mattis – who resigned last year during a disagreement over whether to pull US troops out of Syria. This has been the longest period that the Pentagon has gone without a permanent leader.

What's got the internet on edge...

The Justice Department. Yesterday, it said it would start an antitrust review of how big tech companies accumulated market power and whether they did it to reduce competition. The announcement didn't mention any specific companies. But it referenced "search, social media, and some retail services online." We'll let you guess...but it sounds a lot like Google, Facebook, and Amazon.

…Oh and Facebook's in trouble (again). The company admitted that a "technical error" let thousands of kids on its Messenger Kids app interact with users who weren't approved by their parents. Fun fact: that was the entire premise of the app.

What got the thumbs up from Congress…

The bill extending funding for 9/11 first responders' health care. Yesterday, the Senate voted 97-2 for the bill to be funded through 2092. This comes after a long fight for funding, and after hundreds of first responders died in recent years from cancer. Next up: President Trump is expected to sign it.

Who was, still is, and will always be a hero…

What you should bring to your next picnic…