Daily Skimm: Immigration and Endangered Species, Taliban Peace Talks, and a New Queen in the Palace 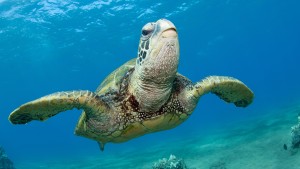