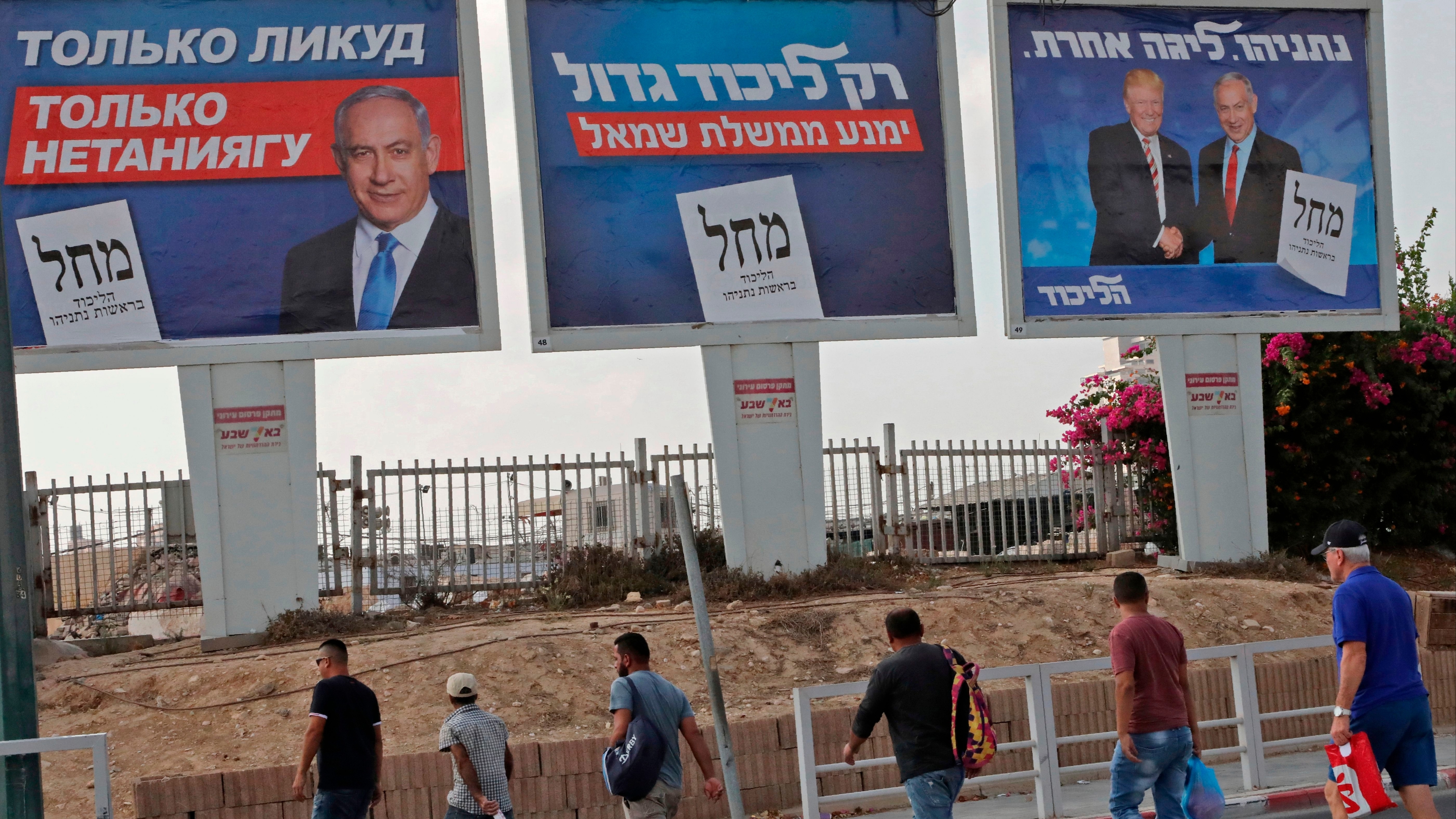 Today, Israel is holding a national election for the second time in less than six months.

Second? Is that a typo?

It's not. Back in April, Prime Minister Benjamin Netanyahu's right-wing Likud party didn't win enough parliamentary seats to govern. So he had to form a coalition. But...he didn't pull that off. So the Israeli parliament voted to dissolve itself and do the election thing all over again.

Maybe, but Netanyahu is probably finding all of this a little stressful. He's Israel's longest-serving PM. But he needs to form a coalition of at least 61 lawmakers to rule, and some polls have shown that the race is tight between his party and the centrist Blue and White alliance. And the corruption allegations against him don't help.

Can you remind me about that? It's been a minute.

Netanyahu's been accused of things like planning to help a newspaper take down its competition to get good press in return, and getting involved with an Israeli telecom company merger in exchange for positive coverage on its news site. While Netanyahu's denied all of the allegations, Israel's attorney general could indict him after a hearing next month. Netanyahu's hoping a win could get him immunity.

One thing some voters support is his pledge to annex all the settlements in the West Bank. Israel captured the territory in the 1967 Six-Day War and Israelis have built settlements there. The problem: Millions of Palestinians live in the area and want to make it part of their future state. This campaign promise could raise tensions in the Israeli-Palestinian conflict. But some just see Netanyahu's promise as a last-ditch effort to rally voters that he could potentially walk back on.

This election is widely seen as a referendum on Netanyahu, who's facing one of his toughest political battles yet. If he wins, he could secure a historic fifth term. If he loses, we could see the biggest shift to Israel's political landscape in years.

Skimm This: Our latest podcast ep covers today's election in Israel and the issues at play.

This study. It found that the first sexual experience for about one in 16 US women was forced or coerced intercourse. Let that sink in: about 6.5% of women – more than 3 million nationwide – experienced rape as their first sexual encounter. Worth noting, the survey in the study didn't use the word 'rape,' but the authors say the experiences amount to it. The average victim's age was 15 (underage), while the average assailant's age was 27. The study also found that these women were more likely than others to suffer from health complications (think: endometriosis or pelvic problems).

The Solomon Islands. Its government severed diplomatic ties with Taiwan to cozy up with China. Reminder: China claims self-governed Taiwan as its territory. But in 2016, a pro-independence candidate became president of Taiwan. Since then, a number of Taiwan's allies have gone to Team China. Now the Solomon Islands – which had been allied with Taiwan for over three decades – is reportedly the first country from the Pacific to leave Taiwan hanging. Only 16 countries now recognize Taiwan.

Where tensions are high...

The Middle East. Saudi Arabia said yesterday Iranian weapons were used in an attack on its oil facilities this past weekend. Although Houthi rebels in Yemen claimed responsibility for the attack, the US has intel that seems to show the attack originated from Iran. While US oil prices spiked, President Trump said 'deep breaths, everyone' – and that the US won't be affected since it has "tremendous amounts of oil."

$: What's money got to do with it? Here's how rising oil prices could affect your wallet.

Who's dealing with the consequences…

Shane Gillis. Yesterday, "Saturday Night Live" fired the new cast member who was set to start on the show's next season. This was following days of controversy over his use of racial and homophobic slurs.

When you want to advocate for a co-worker…

When you're looking for a new sitcom to binge…