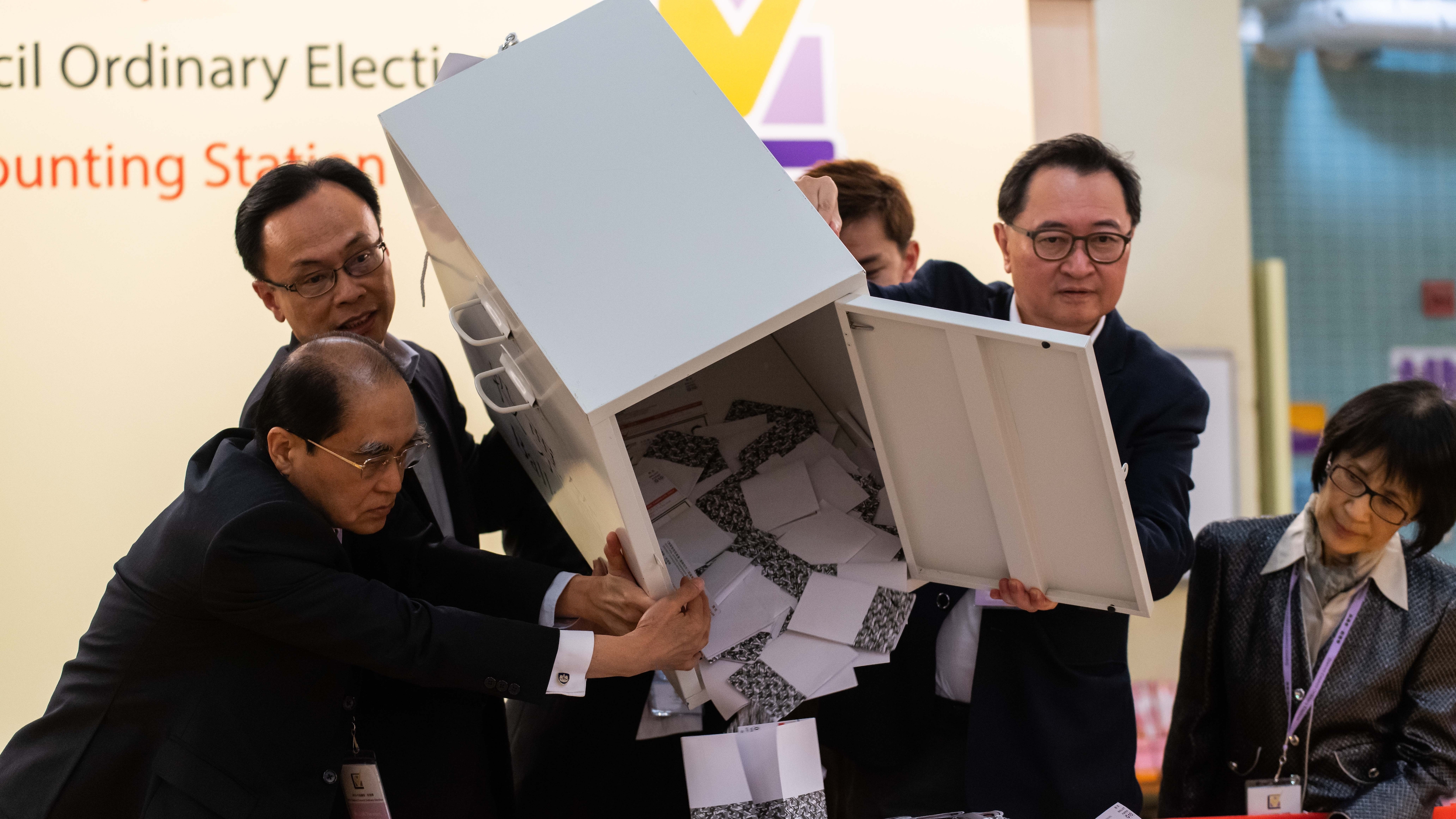 Yesterday, they voted for hundreds of district councilor seats. The councils don't have lawmaking power. Instead, they control some finances and deal with neighborhood issues like transportation and sanitation. But they could also help shape the gov in the future (like influencing votes on the committee that chooses its new chief executive.) Last time these elections were held, voter turnout was around 47%. Yesterday, it was over 71% – a record turnout rate in Hong Kong – with almost 3 million people showing up to vote.

What'd everyone come out for?

Reminder: anti-government protests started there in June over a proposal that would've sent some suspected criminals to mainland China. And in recent months, protests have gotten violent, killing at least two and injuring hundreds. Now, voters are making their voices heard at the polls.

Early results show pro-democracy candidates won by a landslide, securing over 300 of the 452 open district councilor seats. The election was seen as a referendum in support of the months-long protests and the pro-democracy movement.

Hong Kong leader Carrie Lam – who has faced criticism from protesters – pledged that her gov would listen "more intensively" to the views of district councils. Meanwhile, some were celebrating a win which could bring hope for the pro-democracy movement.

Who's been asked to resign…

Navy Secretary Richard Spencer. Yesterday, Defense Secretary Mark Esper asked for Spencer's resignation over how he handled the case of Chief Petty Officer Edward Gallagher. Reminder: Gallagher, a Navy SEAL, was acquitted of murder but was convicted of posing with a dead prisoner's body and demoted. Earlier this month, despite the Pentagon's objections, President Trump reinstated his rank.

The Department of Justice. Last week, Attorney General William Barr announced a national plan to address the number of murdered and missing Native Americans. Native American women experience particularly high rates of violence, including sexual and domestic abuse, and murder. The department now plans to invest $1.5 million to hire coordinators in U.S. Attorney's offices and establish protocols for authorities to handle these cases. And it will provide the FBI's help as necessary.

Who's joining the race late…

Tesla. Last week, CEO Elon Musk introduced the company's all-electric Cybertruck – which basically looks like a futuristic pickup. But while things didn't go as expected in the reveal, Musk says there are already more than 100,000 preorders.

When you're cooking up Thanksgiving dinner…

Beware of these recalled foods.