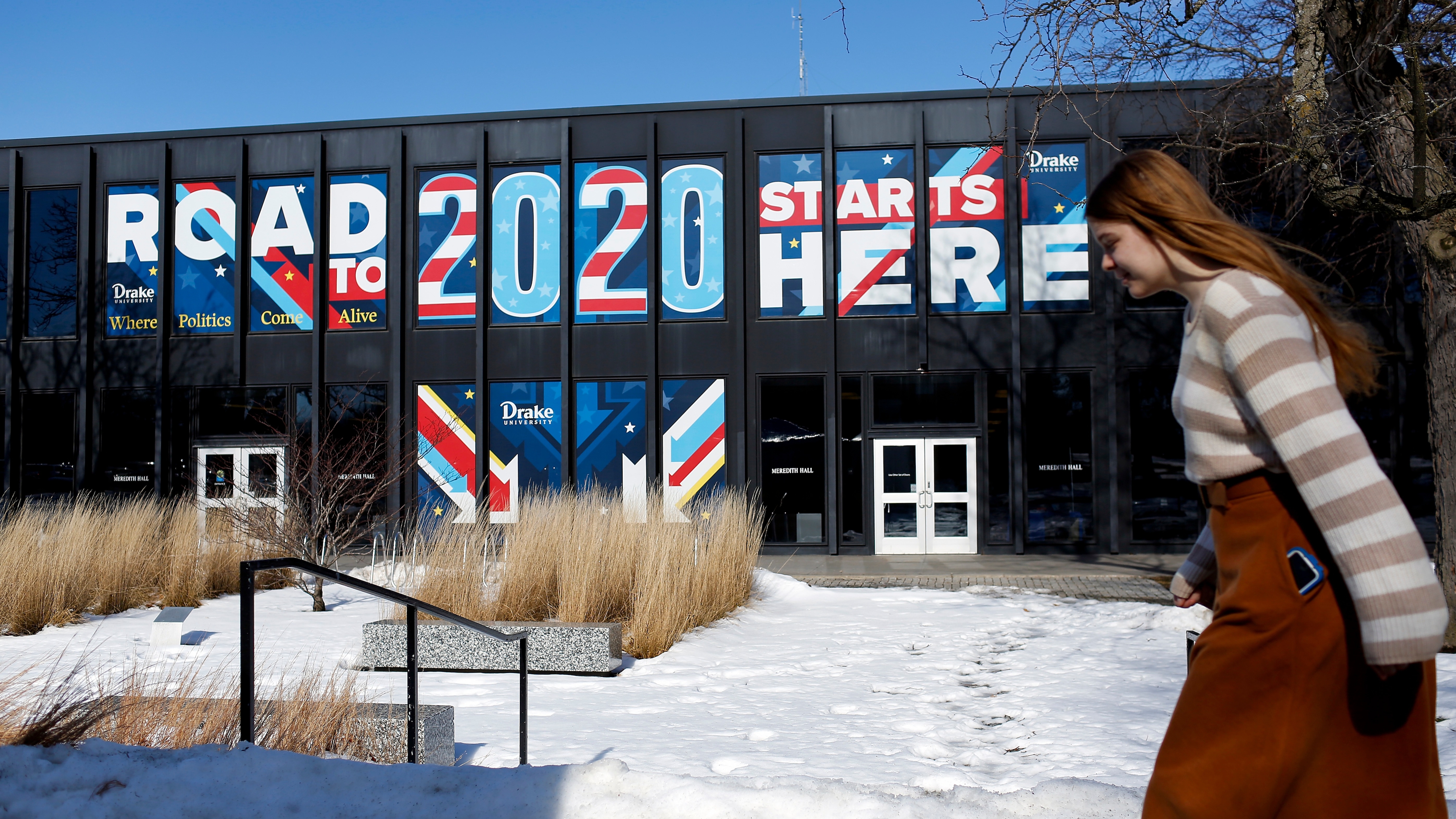 IOWA, WE HAVE A PROBLEM

Last night, voters in Iowa caucused – gathering and discussing who they think should be president. Out of this process, two frontrunners typically emerge – one for Democrats and one for Republicans. It all gets a bunch of media attention since for decades, Iowa's been the first state to say 'I choose you' to its favorite candidates. But this year, things didn't go as planned.

Well, on the Republican side, there wasn't much of a surprise: President Trump beat out the other Republican candidates, former Massachusetts governor Bill Weld and former congressman Joe Walsh, to win the most delegates. But we still don't know which candidate took the lead on the Dems' side. That's because there were apparently "inconsistencies" in the reporting of results, and the state's Democratic Party wanted to do "quality control" to make sure they get this right.

It's not clear. But the party said there wasn't a hack or anything. That's after it controversially used an app that critics worried would lead to a security nightmare. Instead, voters in some places apparently didn't use the app since they had trouble logging in. But the Iowa Democratic Party still maintains that the app didn't "go down" – and that reporting results will "simply take time. "Yes, sh*t app-ens. But candidates are not happy about the delay. It's not the only thing that has people frustrated.

Iowa's process – at least on the Dems' side – isn't a simple ballot vote. In at least one place, the caucus was decided by a coin toss, giving a win to Sen. Amy Klobuchar (D-MN) over Sen. Elizabeth Warren (D-MA). This, on top of an already rough week for Iowa.

Remind me why everyone's laser-focused on Iowa right now?

Because it's kind of a big deal. Most Dem candidates who've won Iowa in recent decades have gone on to be the party's nominee. The state doesn't have a ton of delegates (more on that in our special 2020 Tuesdays section below). But winning Iowa tends to give candidates momentum – while losing could lead to fewer donations and less media attention.

Not everyone's been on board with Iowa going first, with some saying the early time slot gives power to a state that's significantly less diverse than the rest of the country. Now, a botched rollout has some shining a new spotlight on Iowa's process...while everyone still waits to hear who the Dem frontrunners are.

What's ready for the final countdown…

The impeachment trial. Yesterday, House impeachment managers and President Trump's legal team used their allotted two hours each to give their closing arguments. Reminder: The trial is set to end tomorrow with a historic vote on whether to convict the president and remove him from office. But with a Republican-majority Senate, senators are expected to acquit the president of the charges against him: abuse of power and obstruction of Congress.

What's got the world's attention...

The coronavirus. The virus has infected more than 20,000 people and killed more than 400 people in China alone. China's death toll now exceeds the number of people who died in the country from SARS, a respiratory virus that killed nearly 350 people in the country in the early 2000s – as well as hundreds more beyond. This time, officials in China have quickly built a makeshift 1,000-bed hospital in an attempt to contain the coronavirus and treat those infected.

This HIV vaccine. Yesterday, researchers announced they've ended a clinical trial in South Africa of a new HIV vaccine since it didn't succeed in preventing the virus. Researchers aren't deterred – and said they'll continue the search for a safe and effective vaccine.

While "Hamilton" takes over the big screen...

Dunkaroos will be taking over your lunchbox.