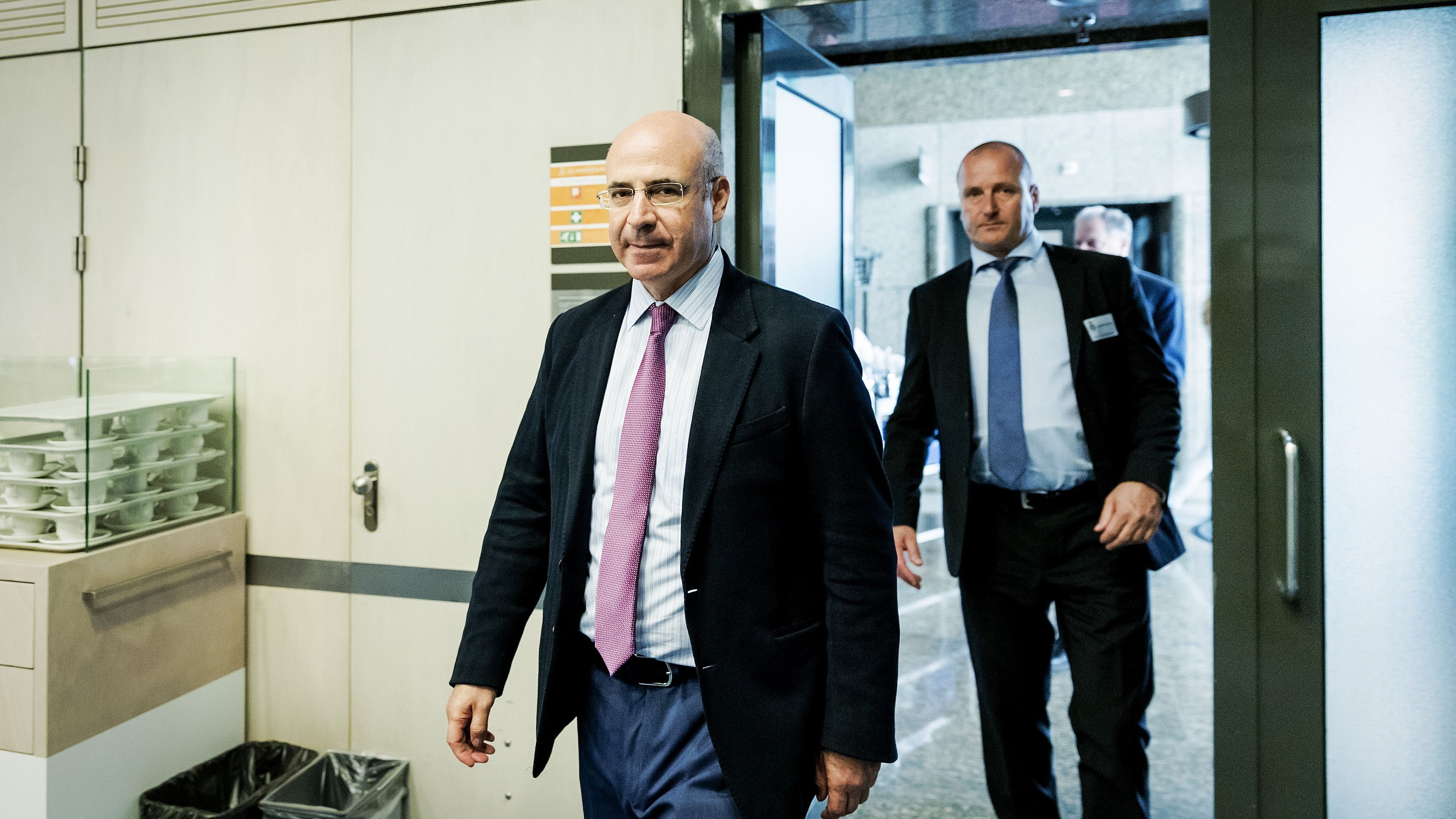 The EU's cracking down on human rights abuses.

Yesterday, the 27-nation bloc adopted a new law that would impose sanctions on any person, entity, or body involved in human rights abuses around the world. Think: genocide, crimes against humanity, or other serious violations (like slavery or torture). Through the law, the EU can enforce travel bans and freeze assets of abusers. It also forbids anyone in the bloc from funding people or businesses that have violated human rights. The move comes after Canada and the UK imposed their own similar sanctions – modeled after the Magnitsky Act.

It's an Obama-era law named for investor and political activist Bill Browder's late lawyer Sergei Magnitsky. In 2009, Magnitsky died mysteriously in a Russian jail after allegedly uncovering a large fraud scheme involving Kremlin officials. In 2012, the law was signed to punish the Russian officials linked to Magnitsky's death – freezing their US assets and banning them from the country. In 2016, the Magnitsky Act was expanded to apply to human rights abusers worldwide.

Got it. What are people saying?

The US welcomed the EU's new law, calling it a "groundbreaking accomplishment" that'll further protect human rights globally. But some international orgs are calling on the bloc to expand it so that it also tackles corruption. In the meantime, EU officials now have to decide who to put on their 'human rights watch list.' Member states will get to submit their proposals. It could include those responsible for: the detention of Uighurs in China, the crackdown on protesters in Hong Kong and Belarus, and the Rohingya genocide in Myanmar.

For the first time, the bloc has come up with a way to punish individuals (not just countries) responsible for human rights abuses. Now, it looks like the EU's ready to use its collective power to hold people to task. Just in time for Human Rights Day this week.

Why climate activists are worried…

This decision. Yesterday, the Trump admin declined to tighten standards on industrial soot emissions, despite the evidence linking dirty air to respiratory illnesses. The Environmental Protection Agency reviewed soot standards in the spring – as required every five years. And the agency's scientists had warned of the links between the pollutants and deadly outcomes in respiratory illnesses (like COVID-19). It recommended tightening the current emissions rule set by the Obama admin in 2012. But EPA Administrator Andrew Wheeler said there wasn't enough scientific evidence to merit a change. The policy decision came as the admin has worked to roll back over 100 environmental regulations.

This report. Yesterday, the US Government Accountability Office (GAO) said that the air pollution monitoring system is in disrepair. This comes after years of budget cuts and neglect. Since the 1970s, the air pollution monitoring system – made up of thousands of sites – has measured levels across the country. It's overseen by the EPA and maintained by state and local agencies. But since 2004, the network's funding has dropped by about 20%. And while federal funding is a major problem, states have also dropped the ball when it came to replacing aging equipment. Now, tens of millions of Americans could be breathing in bad air (made worse by wildfires and industrial pollution) without knowing it.

What President-elect Joe Biden has on his mind…

Public health. Yesterday, Biden announced his picks for positions to help guide his response to the COVID-19 pandemic and other public health issues. In addition to HHS sec and CDC director picks, Biden wants Jeff Zients (pronounced like 'science') to lead as coronavirus response coordinator. And Dr. Vivek Murthy for US surgeon general – a position he held in the Obama admin. He wants Yale professor Dr. Marcella Nunez-Smith to head up a new task force on COVID-19 equity to advise the gov on reducing racial disparities in coronavirus care. And for Dr. Anthony Fauci to go exactly nowhere. Biden named him as chief medical adviser on the coronavirus, in addition to keeping him as director of the National Institute of Allergy and Infectious Diseases. He just has that Effect on people.

Defense. Biden is expected to name retired Army Gen. Lloyd Austin for defense secretary. If confirmed, Austin would be the US's first Black defense sec. But the pick is breaking norms, since the post is usually reserved for a civilian. If confirmed, Austin will not only have to shape US policy toward national security threats like Russia and China but head up the Defense Dept's efforts to distribute a vaccine and tackle climate change. Austin's résumé: over 40 years of military service and leading the country's US Central Command under President Obama.

Thing to Know: the National Security Act of 1947. It requires that a civilian head up the US's Defense Dept (unless Congress gives a special go-ahead). The goal is to avoid giving the US military too much power and keep civilians' perspectives in mind.

Rashida Jones. The news exec (not to be confused with Ann Perkins) will become the next president of MSNBC in February. And the first Black female executive to run a major general news cable network. There's glass everywhere.

Who got an early birthday gift…

Margaret Keenan. Today, she became the first person to receive the Pfizer-BioNTech COVID-19 vaccine. Keenan, who turns 91 next week, said she was "privileged" to be the person vaccinated.

While this artist is feeling the opposite of El Último…