Daily Skimm: The WHO in China, Policing, and an Homage to Dolly Parton 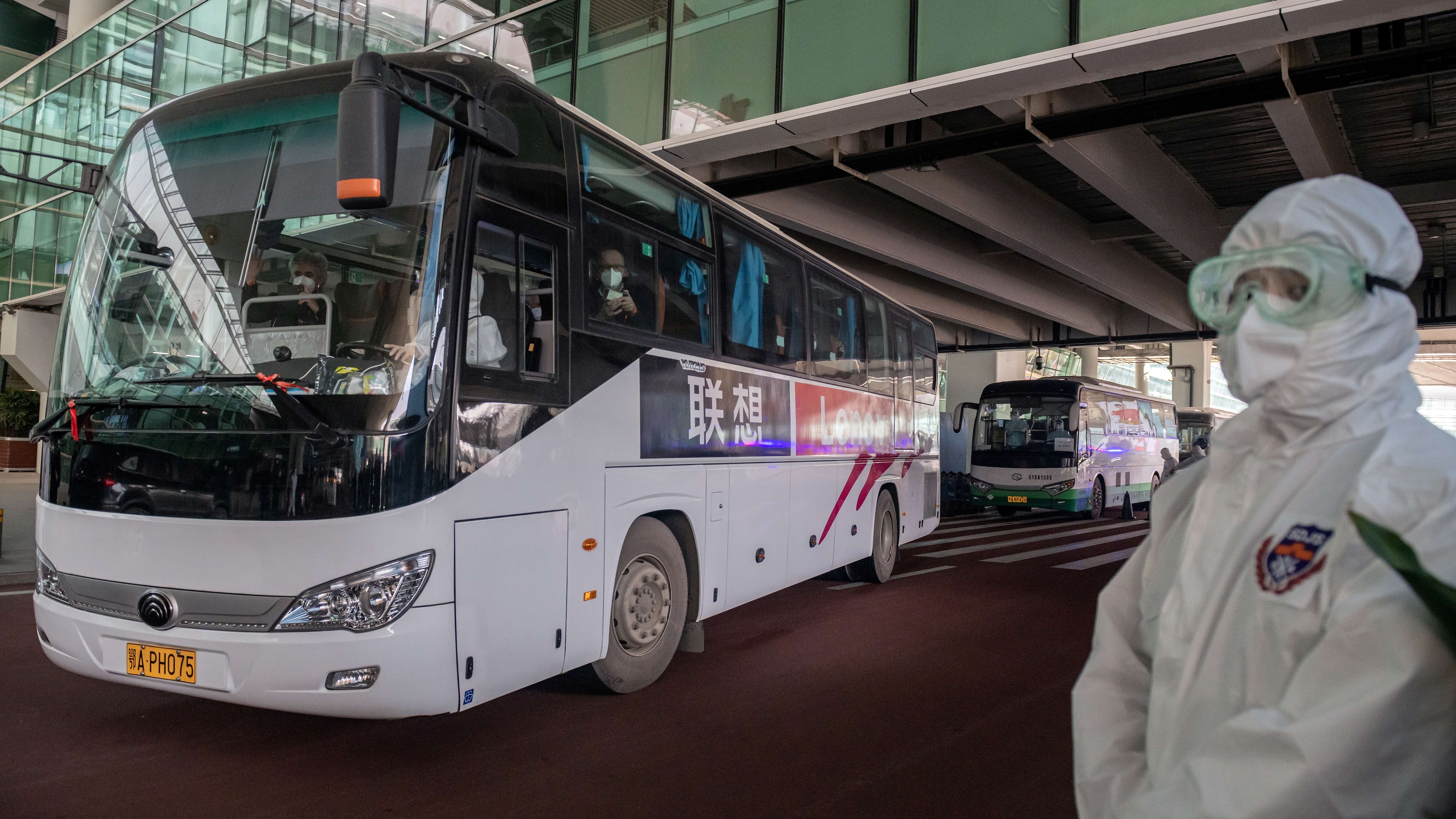 Knock, Knock, WHO's There

World Health Organization experts are in China to do some digging.

The origins of COVID-19. It's been more than a year since the virus that brought the world to a standstill was first reported in Wuhan, central China. Ideally, when there's an outbreak like this, independent epidemiologists can swoop in ASAP to figure out what went wrong. The goal: to come up with recs to make sure it doesn't happen again. But this time is different.

China has resisted an international probe. It doesn't exactly love being known as the place the virus was first identified. Instead, the gov has peddled theories that the virus came from outside the country. Meanwhile, President Trump has pushed a theory that the virus was released from a Wuhan lab. Experts believe the virus likely originated in bats and passed through another animal before jumping to humans. And they think it happened in a Wuhan wet market, where live animals are sold. But the Chinese gov has made it hard for independent scientists to verify that.

Last year, China said 'nope' to Australia's request to let outside experts in to investigate. After 110 countries chimed in to say 'no really we want an investigation,' China finally agreed. In July, they let in just two WHO experts...but they were reportedly barred from entering Wuhan. China was supposed to let in a team of experts earlier this month...but at the last minute, it denied them visas. Now, 13 WHO investigators have been allowed in – still less than the full team the WHO expected. After two weeks in quarantine, they'll be able to do their research.

And what does that entail?

Looking at evidence and samples. Also, interviewing people from the wet market, hospitals, and research facilities. But Beijing has insisted their work be overseen by Chinese scientists. And it's hard to say how much access the international experts will have. Some fear that China's actions are undermining what should have been an entirely independent investigation. But scientists are still hopeful that even if they can't ID patient zero, they'll make headway in understanding how the virus first spread. The process could take months or longer.

Since its origins, COVID-19 has spread to every single continent, killing hundreds of thousands of people, isolating millions more, and shutting down entire industries. With the rollout of vaccines, there's hope we will one day emerge from this. But in order to ensure this never happens again, we need to know what went wrong.

Who's ringing the alarm on policing...

New York Attorney General Letitia James. Yesterday, she filed a lawsuit against NYC, Mayor Bill de Blasio (D) as well as the NYPD and its leadership, accusing its officers of civil rights abuses. After an investigation into police response at the George Floyd protests – requested by Gov. Andrew Cuomo (D-NY) – James' team found a "pattern of using excessive force." That includes officers driving into crowds, using pepper spray, making unlawful arrests, and kettling – a dangerous tactic used to corner protesters. The lawsuit also accuses NYPD leadership and de Blasio of failing to properly train the officers. James is asking for police reforms and oversight of future protests. De Blasio and the police dept agree reform is necessary. But claim the lawsuit doesn't "speed up" change.

New data. It found that police in the US are three times more likely to use force against left-wing protesters. Researchers looked at over 13,000 protests across the country starting in April 2020. And found that police used things like batons, tear gas, and rubber bullets against protesters at more than 500 left-wing demonstrations (including Black Lives Matter). But similar treatment was only documented at 33 right-wing protests (including those that were pro-Trump). When comparing strictly peaceful protests (think: no looting, vandalism or violence), an analysis of the data found that police were even more likely (3.5 times) to engage with left-wing protesters. It comes as last week's riots at the Capitol highlighted discrepancies in policing in the last year.

Who's ready to show his plan...

President-elect Joe Biden. Yesterday, he unveiled a $1.9 trillion coronavirus relief package called the "American Rescue Plan." It dedicates $400 billion to combat the virus, direct payments of $1,400 to most Americans (adding to the $600 that's already been approved), and $440 billion to help communities and businesses get by amid the pandemic. Also included: an expansion of unemployment benefits and tax credits for families with children. And calls to raise the minimum wage to $15 an hour. Biden acknowledged that while the plan isn't cheap, failure to pass additional relief would "cost us dearly." The US Chamber of Commerce welcomed Biden's plan. But some Republican lawmakers like Rep. Kevin Brady (R-TX) argued the proposal "does nothing" to help the economy.

Uganda. Yesterday, the country held presidential elections, and more than 17 million people were registered to vote. Long-time ruler President Yoweri Museveni is vying for his sixth term. And is up against rapper-turned-lawmaker Bobi Wine and several other opposition candidates. The high-stakes election follows years of alleged gov corruption under Museveni, who's changed the constitution twice to stay in office. And has been accused of violence and attacks on the media. Wine – who's claimed he's been arrested and tear-gassed – hasn't backed down. And is hoping to bring economic growth to the country. The election's sparked #WeAreRemovingADictator to trend on Twitter. Early results showed Museveni leading the race. And final results are reportedly expected tomorrow.

What's getting hotter by the minute…

Earth. Yesterday, the National Oceanic and Atmospheric Administration (NOAA) said that 2020 was among the hottest years on record. Climate change is real, Earthlings.

Psst...here's how climate change can affect your wallet