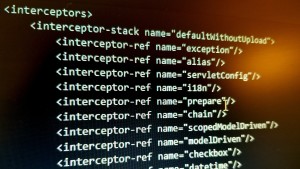 Put Your Hack Into It

Hackers can't get enough of the US.

Living in a digital world has its perks. But it's also rife with vulnerabilities. Last year, ransomware attacks were up 300%...and they don't seem to be slowing down. Over the last month, the US has been the target of three major cyberattacks. From the fuel industry, to government computers, to...meat. Yes, meat. Here's what the beef's all about...

Colonial Pipeline...Last month, a ransomware attack shut down one of the US's largest fuel pipelines for six days – thought to be one of the most disruptive ransomware attacks on record. The line provides 45% of fuel to the East Coast. And its closure triggered fears about gas shortages and prompted panic buying at the pump. Gas prices jumped, pumps ran dry, and the US gov had to step in and tell people to not fill plastic bags with fuel.

Microsoft...Last week, the tech giant revealed that hackers compromised the US Agency for International Development's account with Constant Contact, an email marketing service. And from there, targeted around 3,000 email accounts – affecting over 150 gov agencies (including some in the US), think tanks, and NGOs. At least 23 other countries also fell victim to the hack. Microsoft said their security systems blocked most of the attacks, but it was notifying affected users.

A meat company...Yesterday, a ransomware attack caused the world's largest meatpacker to close down all of its US beef plants – affecting at least 20% of US beef production. JBS is home to brands like Primo, Pilgrims, and Swift products. The company says there's no evidence its info has been compromised and backup servers were not affected. But with beef and pork prices already on the rise because of disruptions caused by the pandemic, this attack could increase prices even more. But JBS says the "vast majority" of its plants will be up and running today.

Who's behind all this?

Hacking groups – many of which are based in Russia. DarkSide, a criminal hacking group, managed to walk away with $4.4 million in ransom money after it hacked Colonial Pipeline. Microsoft's pointing the finger at Nobelium: a Russian group that was behind last year's US gov data breach. And JBS is suspecting criminal Russian hackers too. The White House already imposed sanctions on Russia for previous attacks. Now, it's getting in touch with the Kremlin over this latest hack, warning Russia against harboring cybercriminals. TBD if it has any effect, or if it'll be brought up in conversation when President Biden and Russian President Vladimir Putin meet later this month.

While the federal gov has tried to address cybersecurity holes, hackers have exposed the faults in US infrastructure security. It's leaving companies no choice but to pay off ransom or face major disruptions.

Pope Francis. Yesterday, he updated the Catholic Church's laws to more clearly address sexual abuse – the first major changes since 1983. For decades, the church has faced sexual abuse and financial scandals. And victims have long said that the church's code protected accused clergy members – and some say the church's process of handling cases takes too long. Now, the new rules criminalize sexual abuse, grooming, covering up abuse, and possession of child pornography. The penalties can include "deprivation of office" and defrocking – one of the most severe punishments in the church. And civil authorities could also issue their own punishments. The changes will be effective starting Dec 8. And will provide a legal framework for the 1.3 billion-member Catholic Church to follow.

Peru. Earlier this week, gov officials there said they undercounted the country's coronavirus death toll, raising it from over 69,000 to more than 180,000. Officials reportedly blamed a lack of testing in part for the undercount. Throughout the pandemic, Peru has struggled to test its citizens and has dealt with an overwhelmed health care system and lack of oxygen tanks. And because many people lack fridges, Peruvians go to the market regularly – increasing their risk of exposure. Now, the country has the highest virus-related death rate per capita in the world, according to one analysis. And uncertainty looms over the upcoming second round of presidential elections.

Who's got an announcement…

President Biden. Yesterday, he announced new steps to reduce the racial wealth gap as the US marked the 100th anniversary of the Tulsa Race Massacre – one of the worst episodes of racial violence in the country. Black Americans have long faced housing, banking, and workforce discrimination. The median net worth of white households is about eight times more than Black households. So Biden announced plans to reverse Trump-era housing rules that weakened protections for Black Americans. He also wants to create more federal contracts for small disadvantaged businesses and launch an initiative to target discrimination in the housing market.

Whose decision could be polar-izing...

The Biden admin's. Yesterday, it suspended oil and gas leases in the Arctic National Wildlife Refuge – undoing one of former President Trump's major environmental acts. The former admin auctioned off the right to drill in Alaska, home to tens of thousands of caribou and polar bears...just before President Biden's inauguration. Now, the Biden admin says all leases are on hold pending a review. But Alaskan officials said the Biden admin's suspension is illegal and hurts the state's economy.

Who took the 'Vogue challenge' to the next level…