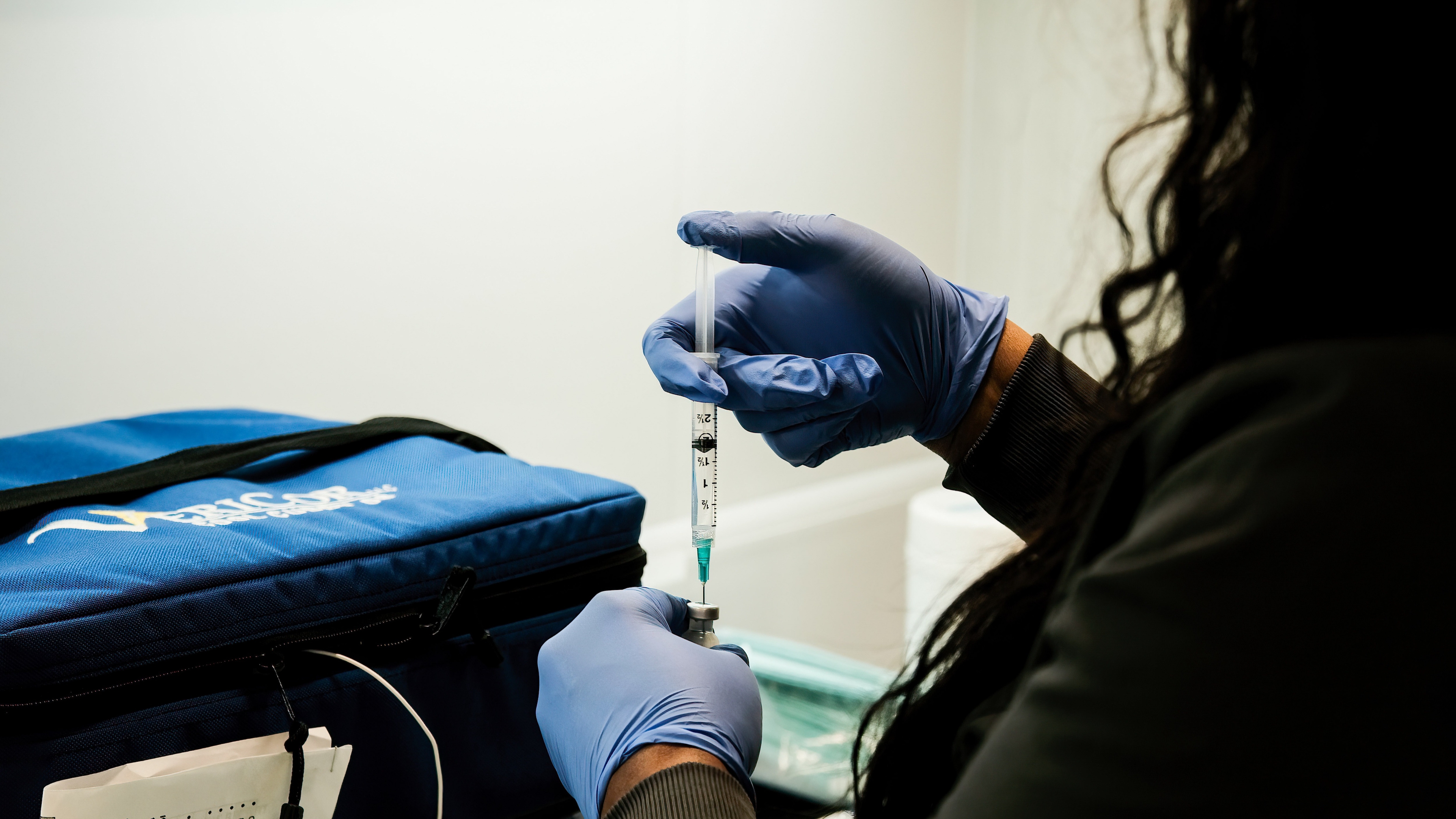 The delta variant's happening. And it's giving everyone March 2020 flashbacks. While there's been progress since that fateful date (hi, vaccines), cases are climbing back up. And it's not even winter yet. So the CDC brought masks back for everyone, including the jabbed. And health officials keep reminding Americans that we literally have a solution for this coronavirus problem. (Hint: it's vaccines.) Now, govs and companies are telling workers to 'get the jab done.' Here's what that means for:

Companies...Yesterday, Google and Facebook told their tens of thousands of US employees to roll up their sleeves if they want to WFOffice in the fall. It comes after The Washington Post and Morgan Stanley did the same. Meanwhile, Goldman Sachs is saying 'just let us know if ya got jabbed.' And airlines Delta and United are adding the vax mandate to their new employee onboarding. And before you ask: yes, employers can legally require employees to get vaxxed before they swap their sweatpants for pantsuits.

'Murica…Today, President Biden is planning to announce a vaccine requirement for about 2 million federal employees. They'll have to either get jabbed or face regular COVID-19 testing. But don't call it a mandate: the admin promises those who don't vaccinate aren't at risk of losing their jobs. The admin's not the first gov entity to start nudging vaccines on employees. Earlier this week, the Dept of Veterans Affairs beat Biden to the punch and told all of its health care workers to get vaxxed within two months. California and New York have sent state employees a similar memo.

Govs abroad...Turkmenistan and Indonesia have mandated vaccines for all adults. Russia is telling workers 'if you wanna clock in, you need a jabbin'.' Greece is doing the same for nursing home staff and health care workers. France is too. And is imposing a health pass requirement for dining, traveling, and other public venues – which has some saying 'non, merci.' Meanwhile, other EU countries are checking green passes at the door.

How will everyone know that I'm vaxxed, waxed, and up to the task?

Your employer could ask for proof. So whether your vax card is somewhere in the back of your sock drawer or you treated it with the respect it deserves, time to have it ready.

As vaccine rates stall, governments and employers are laying down the law – and employee handbook – to try to keep COVID-19 under control. It's a tactic that will alienate many...and vaccinate countless more.

What may be coming to an end…

Relief programs. In the next few weeks, some COVID-19 programs are nearing their deadlines. The Trump admin put many of these policies in place last year as COVID-19 put the economy into panic mode. While the Biden admin extended many of them, some are coming to an end. Dems are pushing for the help to keep on coming for student loans and housing protections. But a lot is up in the air for:

Noor Mukadam. Last week, the 27-year-old daughter of a former Pakistani diplomat was tortured, stabbed, and beheaded – according to police reports. Police arrested a suspect – an acquaintance. Her death sparked outcry online. Vigils reportedly sprouted throughout Pakistan and in diaspora communities. Activists reportedly blame society's patriarchal attitudes for the high rate of violence against women. (By one count, 34% of women experiencing spousal violence.) The country's prime minister, Imran Khan, faced backlash and protests after he blamed victims of rape last month for wearing "very few clothes." And Pakistan is ranked 164th out of 167 countries in Georgetown University's 2019 Women, Peace, and Security Index.

Who's telling everyone to read the room…

Scientists. Yesterday, they published a study warning that 18 out of 31 of the planet's vital signs hit record highs or lows. Fancy talk for 'things are about to get a whole lot worse' unless we do something about climate change. In 2019, more than 11,000 scientists warned climate change would bring "untold suffering." Now, around 13,900 signatories are calling for action to address the root cause of climate change. And not just the symptoms – like wildfires, floods, hurricanes, and more.

...Oh and speaking of climate change, this congressman's got a few things to sing about it.

What's giving people something to celebrate…

Progress. A report found that every state (except Mississippi) has elected at least one LGBTQ+ official. But considering more than 5% of US adults identify as LGBTQ+, there's more work to do.

...Oh and speaking of progress, Wharton announced that the majority of its incoming MBA class will be women. St-UPenn-dous.

Who can finally unclench his fist…