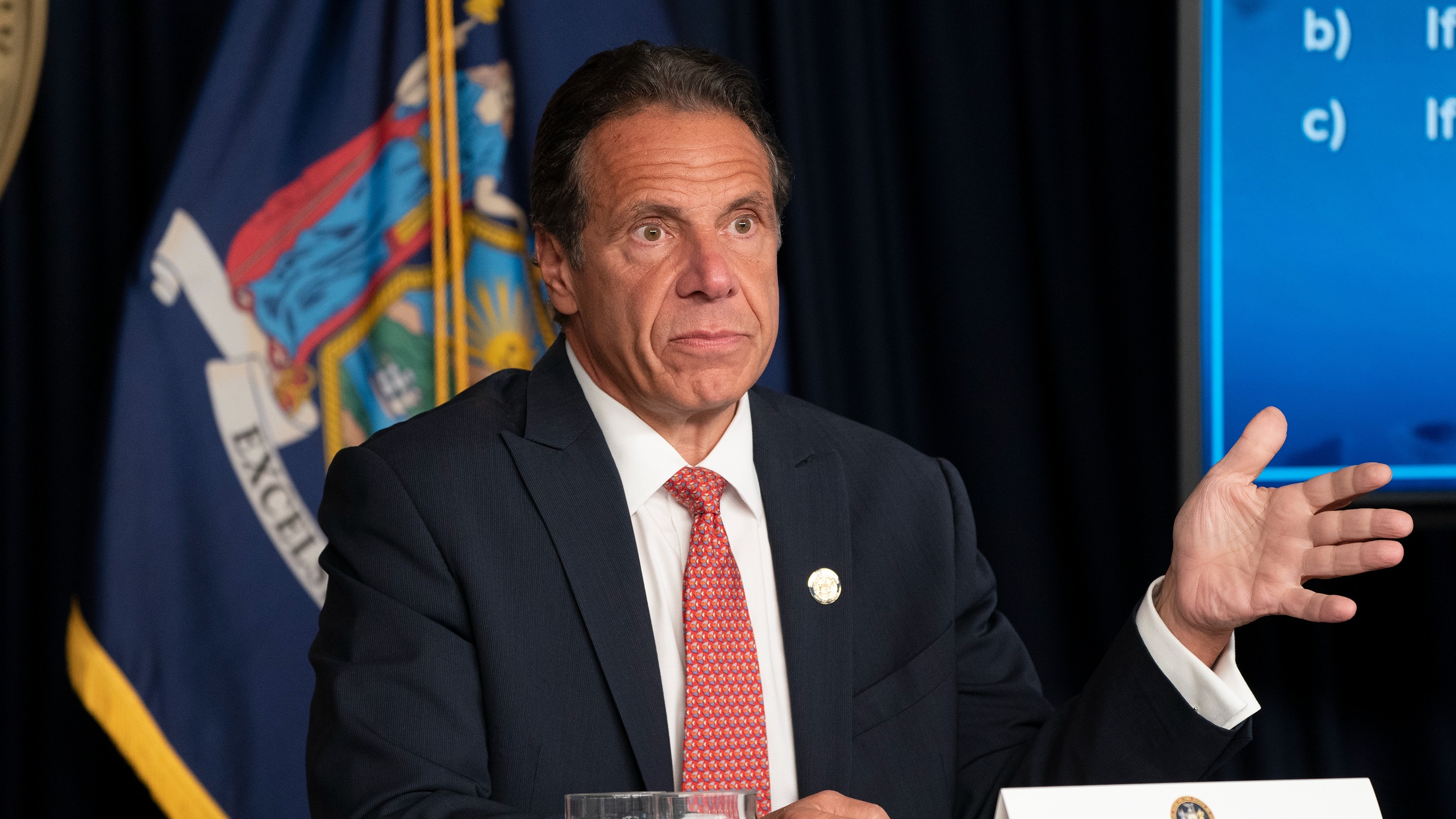 Warning: This story includes graphic content, which could be triggering to some readers

The calls for New York's governor to step down are getting louder.

That Cuomo touched, groped, kissed, and hugged women without their consent. In one instance, a woman identified as "Executive Assistant #1" in the report accused Cuomo of reaching under her blouse and grabbing her breast. The report also described instances in which the governor harassed a female state trooper. Including running his hand or fingers across her stomach and back, kissing her on the cheek, and asking her why she didn't wear a dress. Investigators found that Cuomo and his team created a "toxic" and "hostile" workplace that "allowed the sexual harassment to occur and persist." Witnesses and text messages – and 74,000 other pieces of evidence including emails and pictures – supported some of the allegations.

James applauded the "heroic women" who came forward. President Biden – who was also previously accused of sexual assault – said Cuomo needs to resign. Congressional lawmakers on both sides of the aisle want the governor to step down. And Rep. Elise Stefanik (R-NY) is calling for his arrest. But Cuomo said he didn't touch "anyone inappropriately," has no plans to resign (despite an ongoing criminal investigation and a potential impeachment), and said he's embraced a lot of people. In a video address, the governor included a picture slideshow of him kissing politicians, former presidents, and constituents on the cheek. He said that a family member is a survivor of sexual assault – which, it should be mentioned, does not excuse sexual harassment.

As more prominent men come under the scrutiny of their misconduct, it's women who are holding them accountable by sharing their traumas. And although that sacrifice doesn't always come with court-ordered justice. It does open the door for more women to share their lived experiences, which is leaving some contending with the way they treat women in the workplace and beyond.

What has a temporary fix...

Evictions. Yesterday, the CDC issued a federal ban on most evictions in the US. The concern was that financial hardship due to COVID-19 would mean that millions of Americans struggling to pay rent could lose their homes...in the middle of a pandemic. And further the spread of the virus. But back in June, a Supreme Court ruling indicated that any extension would require congressional approval. The White House urged Congress to make it happen. But lawmakers said they didn't have enough notice, and said it's up to the admin. Meanwhile, over the weekend, the federal eviction moratorium expired. Now, the new ban (which Biden says he isn't sure will hold up in court) could buy time for a longer-term fix. Renter protections will last until October 3. But it only covers people living in areas with substantial and high levels of COVID-19 transmission – about 90% of the US population.

Where people are in crisis mode…

Lebanon. Yesterday, Human Rights Watch accused the country's caretaker PM Hassan Diab, President Michel Aoun, and other top officials of being "criminally negligent" in last year's deadly Beirut explosion. Today marks one year since nearly 3,000 tons of ammonium nitrate (a highly combustible material) detonated in Beirut's port. Over 200 people were killed and thousands of others were injured. Lebanon's gov put several port officials under house arrest. And Diab ended up resigning, although he is staying on as a gov caretaker until a new gov is formed. Meanwhile, a Lebanese probe into the blast has stalled. And now, HRW's saying some officials knew about the risks of storing the chemicals and "failed to protect the public." The org's calling on the UN Human Rights Council to mandate an investigation. And on foreign govs to sanction Lebanese officials for human rights violations. It all comes as both the economic and political situation in Lebanon continues to crumble. Here's where things stand...

Who would do pretty much anything to WFCouch…

Americans. A new survey says nearly two-thirds would take a 5% pay cut if it meant they didn't have to go back to office life. That's one point for plants as officemates, zero points for humans. But wait, there's more: US workers so desperately want to avoid commuting past their shower that more than half said they'd give up Netflix, Amazon, or social media for a full year. And Gen Z is especially disinterested in swapping FaceTime for face time: a majority said they'd give up the right to vote in all elections. The bottom line: 'back to office' is less attractive than 'back to watching "The Office" while the Zoom camera's off.' Shocker.

Psst...before you agree to a pay cut, try negotiating for better work perks so you don't have to.