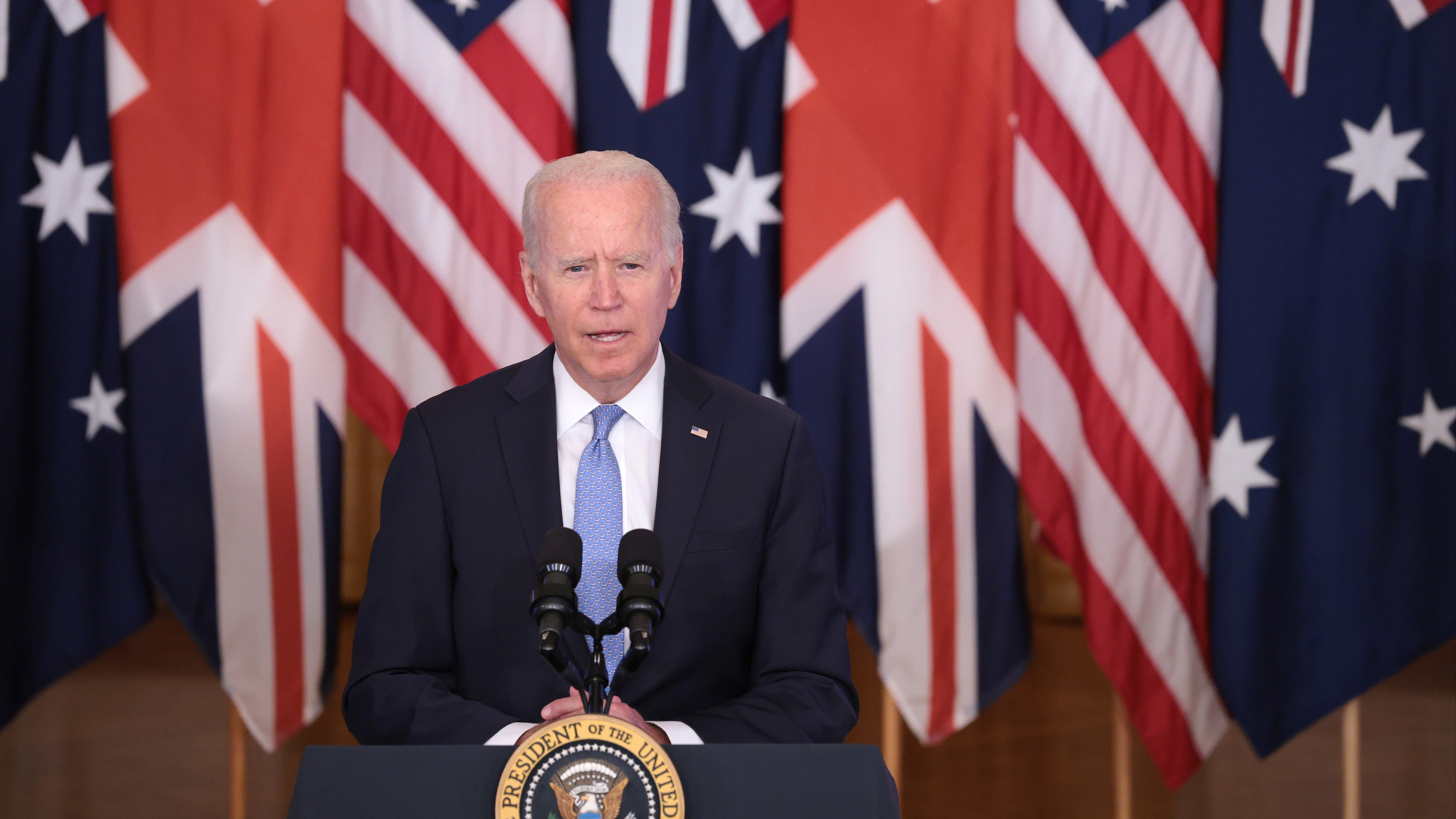 Rolling in the Deep

The US has muddied the waters with France.

Yep. Earlier this week, President Biden announced a new security pact with the UK and Australia (aka AUKUS). Under the deal, the western countries will help the Aussie gov arm its military with nuclear-powered submarines. Big deal, since the US has only ever shared its nuclear tech with Britain. And Australia doesn’t have nuclear weapons – and likely never will, thanks to a treaty it signed. The agreement comes as China’s been flexing its power in the South China Sea (a major global shipping route), bullying Australia, trying to exert control over Taiwan, and beefing up its military presence in the area. Now, Biden’s saying AUKUS will help Aussies address the ruckus happening in the region. But France is saying ‘pas cool.’

The new agreement unravelled an existing deal between Australia and France worth tens of billions of dollars. In 2016, both countries had agreed that the French would build a dozen conventional (read: not nuclear) submarines. And France was banking on the agreement because $$. Meanwhile, an EU official ripped AUKUS, calling the three countries "belligerent" for forming an alliance "against China." (The bloc wasn't consulted.) But now that the US and UK have offered more high-tech submarines (think: ones that can move faster and stay underwater longer), Australia’s saying ‘au revoir’ to its original pact. And the deal may be leaving another alliance underwater.

For decades, France and the US have had a strong bond. And officials were set to dance the night away in DC to commemorate a historic moment in their relationship. Now, France is calling the US’s actions a “stab in the back” – accusing Biden of taking a page out of former President Trump’s playbook. And stopped the music, canceling tonight’s gala. The US reportedly maintains its deal with Australia is part of a "network of alliances" and said France remains a "vital partner." And Australia's telling France 'don't take it personally.' (Ménage à trois, much?) Meanwhile, China’s not smiling either, saying the new security pact undermines "regional peace and stability.” Note: Australia won't get the submarines overnight. AUKUS plans to launch an 18-month consultation period to figure out how to move forward.

The US’s and UK’s effort to gain influence in the Asia-Pacific region has created a big splash. And could strain both countries’ relationship with Europe at a time when China’s actions in the region are raising alarms.

What else has France in the news...

A vax mandate. This week, about 3,000 health workers in France were suspended for not being vaccinated against COVID-19. In July, President Emmanuel Macron gave health workers roughly two months to get at least one dose or face suspension – without pay. The rule affected over 2.7 million people, including those who work in retirement homes. Now, thousands remain without a job until they get their vaccine. France’s health minister doesn’t appear too worried. And expects most of the suspensions to be “temporary” as people come to terms with the mandate. But some unions have warned that losing people could affect quality of care.

Where things are on the fence…

Washington, DC. This week, officials ramped up security around the Capitol building ahead of the "Justice for J6" rally tomorrow. The far-right protest is expected to draw in hundreds of people. Many hoping to show support to the 600 who face charges for their role in the insurrection. Lawmakers say police seem better prepared this time around. And Capitol Police could be getting reinforcements (think: the National Guard).

Psst...Get a refresh on the Capitol insurrection and its aftermath here.

Who’s got a sweet offer…

Charles Schwab. Earlier this week, the foundation unveiled financial literacy programs for teens. The goal: to help middle and high schoolers get financial education, for free. And for fun. All by 2025. Oh and Girl Scouts are getting in on it. Chip chip hooray.

“Jeopardy!” is saying ‘hi’ to these hosts.