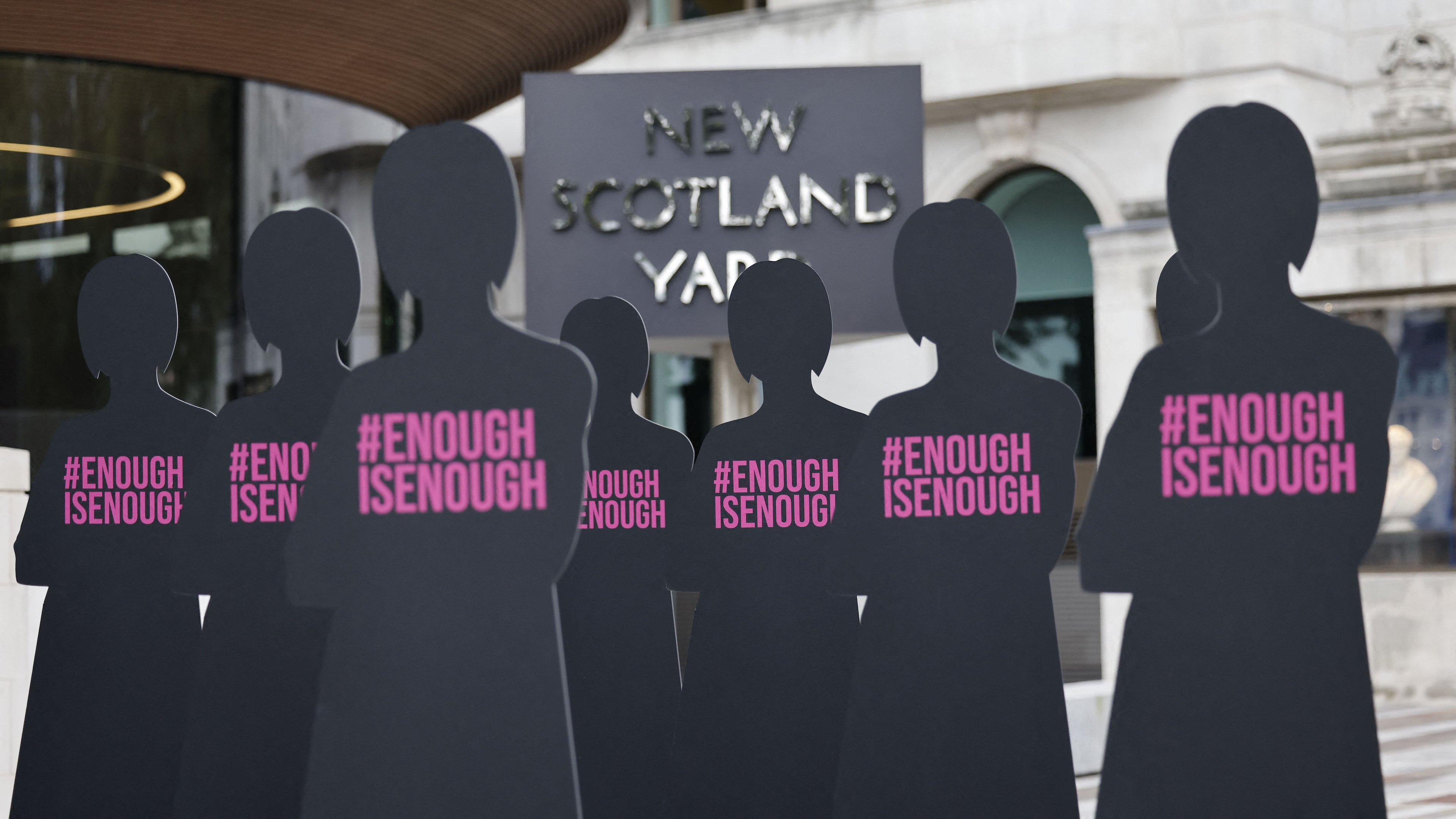 Warning: This story talks about domestic violence, which could be triggering to some readers.

Violence against women is in the spotlight.

In recent weeks, Americans have followed the stories and cases of women who’ve either gone missing or been killed. Nearly 1 in 3 women experience some type of physical or sexual abuse – mostly from their intimate partner. Lockdowns led to the ‘Shadow Pandemic,' making it difficult for women to escape their abusers. But only a fraction of these stories make headlines. Here are some of them:

Noor Mukadam: In July, the 27-year-old daughter of a former Pakistani diplomat was tortured, stabbed, and beheaded. The suspect is an acquaintance of hers, Zahir Jaffer, who was later arrested. Yesterday, he was reportedly indicted for the crime. And so were his wealthy parents for allegedly helping him cover it up.

Gabby Petito: The 22-year-old travel blogger was on a cross-country trip with her fiancé, Brian Laundrie, when she went missing in late August. Laundrie returned home safe and sound (in her van), and immediately lawyered up. Police found Petito's remains at a national park in Wyoming. An autopsy report found she was strangled. Laundrie, who police say is a person of interest, has since also disappeared.

Agnes Tirop: Earlier this week, the 25-year-old Kenyan distance runner and two-time World Championships bronze medalist was allegedly stabbed to death by her husband. She had competed in the 2020 Tokyo Olympics. Her husband apparently called her parents and asked for forgiveness. He was arrested yesterday after trying to flee.

A University of Delaware student: Earlier this week, an unnamed female victim from UDel told police that 20-year-old Brandon Freyre kidnapped her. He then beat her for hours and said he'd kill her if she told the police. And later threw her down the stairs. The victim was able to escape and was hospitalized. Freyre's been arrested – but UDel has yet to expel him.

Unfortunately, it’s all too common. The CDC found that partners or exes are behind more than half the female murders in the US. And in other instances – like with Sarah Everard and Sabina Nessa – women are attacked and killed by men they didn’t even know. And then there's ‘missing white woman syndrome.’ Stories like these that make headlines are usually about young white women. But women of color experience higher rates of violence. The FBI found that at least four Black women and girls were murdered per day in the US last year. And more than 4 in 5 Indigenous women have experienced violence in their lifetime.

Women have had to fight for the right to vote, work, and speak out. All while often fighting for their lives. And after decades of progress, too many are still facing abuse and violence by the people closest to them.

Lebanon. Yesterday, armed sectarian clashes broke out in Beirut killing six and wounding dozens of others. Last year, nearly 200 people died when a stockpile of years-old explosives detonated in a port there. Now, two Shiite groups – the Amal Movement and US-designated terror group Hezbollah – organized a protest calling for the judge investigating the explosion to step down. During the demonstration, snipers allegedly attacked the protesters. The Shiite groups pointed fingers at the Lebanese Forces, a right-wing Christian party that's denying the accusations. All of this is leading to the worst violence the country's seen in over a decade – triggering civil war flashbacks. The US and European Union condemned the clashes. Now, Prime Minister Najib Mikati’s declared today a day of mourning and closed schools.

Norway. Earlier this week, a man used a bow and arrow to kill five people in the city of Kongsberg, about 50 miles southwest of the capital Oslo. Three others were injured. It’s the worst attack in the country since 2011 when a far-right extremist killed 77 in a bomb and shooting attack. Authorities say this was an act of terrorism. And think the suspect, a 37-year-old Danish citizen, may have been radicalized – but have not given more info. He's expected to appear in court today.

Who has a professional update…

LinkedIn. Yesterday, the networking platform said it's shutting down the local version of its service in China later this year. It’s not always easy to surf the web in China. The government has blocked other US companies, like Facebook and Twitter. So it’s a big deal that LinkedIn is getting ready to dip – especially since it’s reportedly locked in 45 million connections. Microsoft, which owns the platform, said it’s leaving the country because of internet censorship. But there are plans to roll out “InJobs,” a jobs-only version of the site, later this year.