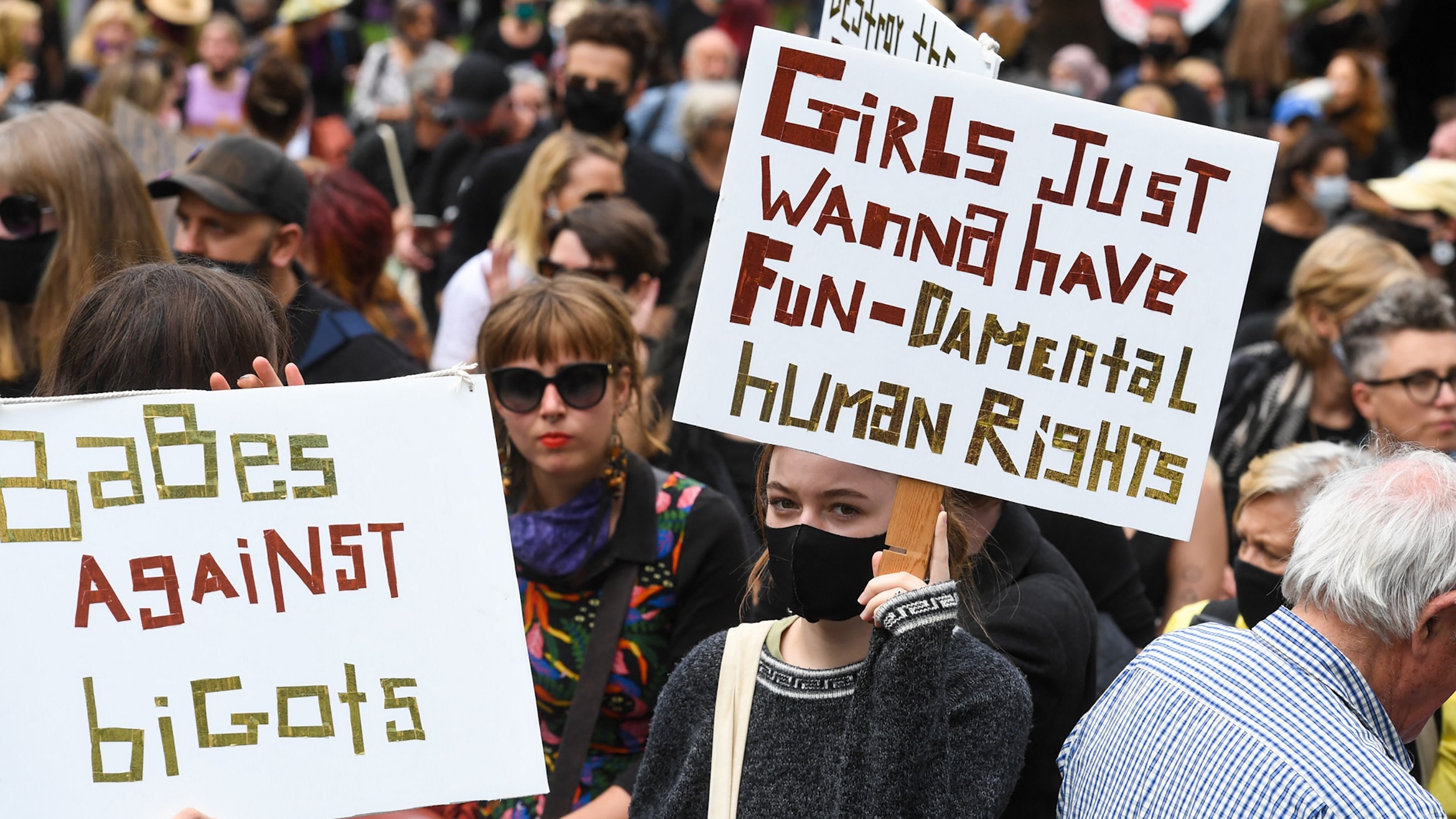 Australia is stepping in to help survivors of abuse.

Australia’s long been battling problems of gender equality, sexism, and sexual abuse (including a rape accusation in Parliament and claims of sexual misconduct against members and staff). Now, it’s facing its bleak record on domestic violence. Each week, one woman there is murdered by her current or former partner. And 1 in 3 women (15yo+) have experienced physical or sexual violence. The pandemic has made things worse – forcing many survivors to be kept in close quarters with their abusers. The rise in home costs and rent have only added to the stressors of leaving an abusive environment. Now, lawmakers are looking to make some changes.

Yesterday, the gov started providing access to one-time payments (of up to roughly $3,700) to help people leave violent relationships. They can be used for things like establishing a safe home, food, or school fees. The two-year trial program is part of a recent $820 million women’s safety package, which also includes an expansion of support services and building a reporting system. It’s an important step, given that nearly 50% of assaults recorded in the country are related to family and domestic violence. Even more so for Indigenous women, who are 11 times more likely to die from these assaults.

Many are applauding the move. Some parts of Australia (like New South Wales) are taking things even further – allocating $360 million to help address domestic and family violence. But Indigenous leaders are calling for a separate plan – saying the national one leaves Aboriginal women behind (a sentiment that is shared by Indigenous women and girls in the United States). Other critics reportedly say there needs to be a larger conversation about the root causes of domestic violence – not just a bandage.

The Australian gov is looking for a pathway of escape for women suffering at the hands of their abuser. But many are saying women shouldn’t be running in the first place. And that it’s the culture of violence that needs to change, not a woman’s home.

The Biden admin. Yesterday, President Biden signed an executive order that aims to close racial inequity in education. Systemic racism has only made things worse. And the pandemic has only exacerbated these disparities. Now, the Biden admin is pulling out a new syllabus. And created a new group project to get it done. Think: getting top senior gov officials to do things like boost enrollment in early childhood education. And increasing exposure to internships, mentorship, and STEM fields. It’s unclear when the changes will be implemented.

...Oh and speaking of taking racism seriously, there's also New York City. Its board of health just declared racism a public health crisis, calling on the city to investigate things like structural racism and bias in its own health department.

Steve Bannon. Yesterday, the House select committee investigating the Jan 6 Capitol riot recommended holding the former Trump adviser in contempt of Congress. For months, lawmakers have been investigating the attack that left America’s democracy wounded. And have been trying to investigate what led up to the attack. The committee issued subpoenas to Trump advisers – including Bannon – calling on them to testify. But Bannon was a no-show, citing former President Trump’s claim of executive privilege. Aka what legally allows a president to block info from being released to other parts of the government (like Congress). Now, the House is expected to take up the committee’s rec tomorrow. And to forward it to the Justice Dept, which will decide on charges.

Who’s got a status update...

Facebook. Yesterday, the social media giant agreed to pay up just about a whole hour's revenue in a settlement with the Justice Dept. And by a whole hour's revenue we mean more than $14 million. Why? Because Zuck and his HR team allegedly chose to hire foreign workers for jobs at FB HQ, instead of advertising the roles to Americans. FB's not admitting fault, but is still paying so it can update its 'number of lawsuits' status.

Scientists. A new study says up to 99.9% of recent scientific literature indicate humans are behind the Earth’s climate emergency. And that, ‘Earth to the 0.1% – the world can’t live in denial anymore.'

PS: We Skimm’d some tips for reducing your personal carbon footprint.

Who’s also out roaming the Street...