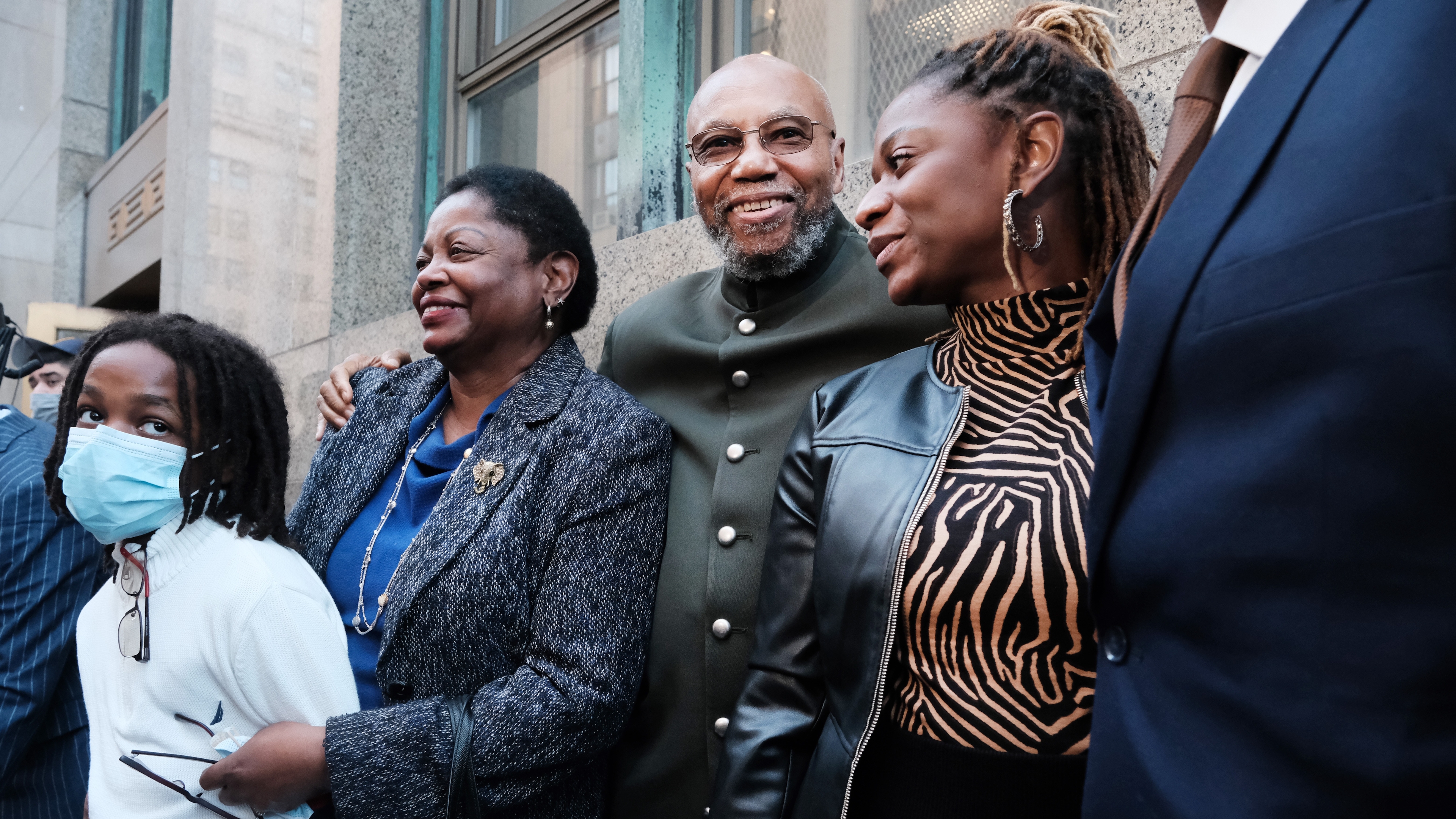 Two men convicted of killing Malcolm X have been exonerated.

Can I get a recap?

Malcolm X is widely known for his civil rights work in the 1960s. And as a major figure of the Nation of Islam – a group that combined Islam and Black nationalism. Malcolm X was extremely outspoken against racism. But stirred controversy when he called for racial separatism. He later changed his views and left the Nation of Islam – a move many saw as traitorous. In 1965, the 39-year-old was assassinated as he was preparing to give a speech in NYC. Three men were convicted for his murder: Mujahid Abdul Halim, Muhammad A Aziz, and Khalil Islam (who died in 2009). Aziz and Islam maintained their innocence for years. Now, a judge has dismissed their convictions.

For decades, many have questioned the two men’s convictions. Especially since Halim confessed to the killing and insisted the other two weren't involved. They both had alibis and no physical evidence tied them to the crime. But Aziz and Islam each spent more than 20 years in prison. Last year, Netflix released a docu-series on Malcolm X’s murder. And the Manhattan DA Cyrus Vance Jr partnered with the Innocence Project to take a closer look at the convictions. A 22-month investigation found new evidence, including FBI documents, that would’ve cast doubt on Aziz and Islam’s involvement. Now, Aziz and Islam have their names cleared.

Aziz – who’s been out of prison – said he’s been “victimized by the criminal justice system.” And that it’s a corrupt process “that is all too familiar” for Black people. The judge called the case a "serious miscarriage of justice." Civil rights activists hailed the dismissal as “long overdue.” And the DA apologized on behalf of law enforcement, adding they failed Aziz and Islam’s families. Now, NYC Mayor Bill de Blasio's reminding everyone that there's still a lot that Americans don't know – including who killed Malcolm X and why.

Studies have shown that Black people in the US are seven times more likely to be wrongly convicted of murder. And as this case and others – like the Exonerated Five – have shown, the criminal justice system has stolen years of people’s lives and they rarely see justice.

Whose case also has updates…

Julius Jones’. Yesterday, Oklahoma Gov. Kevin Stitt (R) commuted the 41-year-old Black man’s death sentence – hours before his scheduled execution. In 2002, Jones received the death penalty for the 1999 murder of Paul Howell during a carjacking. But Jones has always maintained his innocence. And his defense team has pinned his conviction on racial bias and alleged misconduct. In 2018, a docu-series renewed attention on Jones’ case. And earlier this month, a parole board recommended that Jones’ sentence be changed to life in prison with the chance of parole. Now, Oklahoma’s governor says he commuted Jones’ sentence to life in prison after "prayerful consideration” – on the condition that Jones will never have a chance of getting parole. The NAACP reportedly plans to fight for Jones and is calling for a retrial.

What could be hitting reverse…

India. Yesterday, Prime Minister Narendra Modi said the gov’s repealing a trio of controversial farm laws. Last year, parliament passed three pieces of legislation aimed at revamping the country's struggling agriculture sector – sparking months of protests that have reportedly left hundreds dead. The laws reduced the gov's role in the farmers' selling process. But farmers argued it could put small farms in the hands of big corporations – affecting their income and livelihoods. Important because roughly two-thirds of Indians work in agriculture. Now, Modi’s saying ‘I hear you.’ But some are saying ‘interesting timing.’ Especially since there are upcoming elections in India's most populous state next year. Protests will continue until India’s Parliament repeals the laws later this month.

Ann Arbor, Michigan. It passed a city ordinance requiring all public bathrooms to provide free menstrual products. It’s believed to be the first city in the US to make such a move. At least 10 states have ditched the so-called tampon tax – aka the sales tax added to products like tampons and pads. (Meanwhile, Viagra isn't taxed across the majority of the US.) For years, people have called for menstrual products to be more accessible. Now, starting in the new year, Ann Arbor will be lending a helping mitten.

What doesn’t have everyone saying ‘très bien’...

“iel.” Last month, French dictionary “Le Robert” added the gender-neutral pronoun to its online edition – combining “il” (he) and “elle” (she). It's got several French lawmakers saying 'Oh la la.’ But the dictionary's snapping back with 'get with the times.'

When you’re navigating tough conversations at the dinner table…

Think about Peanut Butter and Jelly. And casseroles.

PS: But seriously, Thanksgiving can be triggering for people with disordered eating. Here’s how to take care of yourself.

What's the big drill, er, deal with the infrastructure law...

Sec. Pete Buttigieg will tell you. Plus, how it could affect millennials.