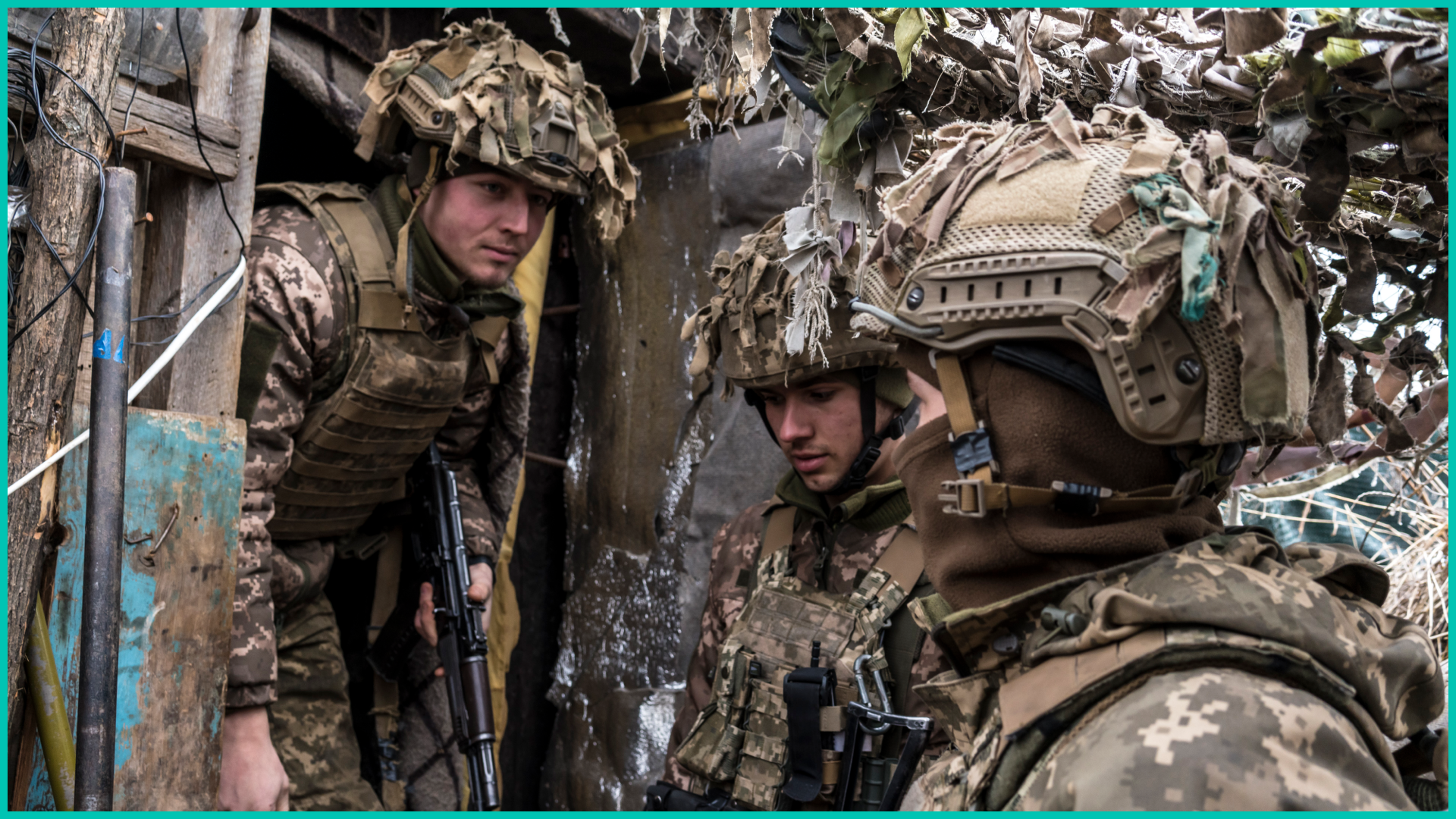 US soldiers are on standby for possible deployment.

Yes. Things between Russia and Ukraine have been complicated since the '90s, when Ukraine voted to become independent. But the Kremlin still sees them as “one people.” The game of tug-of-war reached its peak in 2014 when Ukrainians booted their Russian-backed president from office and Russia annexed Crimea. Now, over this past summer, Russian President Vladimir Putin penned an essay arguing that Russia has a historical and cultural claim to Ukraine. Since then, Russia has been amassing more than 100,000 troops along the border.

A lot. Western countries are worried Putin could be planning an invasion…soon. And are warning the Kremlin of “severe economic consequences” if that happens. But Russia’s not happy either. Kyiv’s spent the past few years trying to join NATO — something Russia has called a “red line.” The Kremlin has reportedly asked for legal guarantee from the US that Ukraine won’t do it. But now, things are still escalating. NATO allies are sending ships, fighter jets, and putting forces on standby. The US also has 8,500 soldiers on alert — waiting for an order to deploy if needed. Denmark, Spain, France, and the Netherlands are planning or considering sending troops. The US and UK have told some people at their embassies in Kyiv to head home.

And what if there’s a full-on war?

Other countries could get roped in. Think: Latvia, Lithuania, and Estonia. Everyone is trying to take the diplomacy high road before things go too far — but no word on how well that’s working. Yesterday, President Biden had a call scheduled with European leaders. Russia has consistently denied claims it’s planning an invasion. And is instead blaming the US and NATO’s reactions for raising the temperature. NATO says it will “take all necessary measures” to protect Ukraine.

2021 marked the year the US pulled out of Afghanistan. And 2022 could mark the year the US and Russia face off over Ukraine. All eyes are on Biden as he continues to threaten economic consequences and weighs sending in US troops.

Skimm More: Here's what you need to know about Russia and Ukraine's complicated relationship.

Burkina Faso. Yesterday, the army announced it ousted the president and seized control of the West African country. The country was largely peaceful until 2015 when violent attacks by Islamist insurgents began taking place. In the past year alone, 1.4 million people have been internally displaced and reportedly 2,000 have been killed. The army is blaming the democratically elected president for not uniting the nation against an Islamist insurgency. Now, the military has dissolved the government, closed borders, and suspended the constitution. The UN has condemned the coup and called on the army to “ensure the protection” of the president, whose whereabouts are unknown.

Pope Benedict XVI. Yesterday, the former pope admitted he had attended a meeting in 1980 discussing a priest who was accused of abusing boys. That priest was later allowed to continue working in pastoral roles. Last week, an investigation found that Benedict had mishandled allegations of sex abuse involving priests. And confirmed that Benedict had attended the ‘80s meeting. He initially denied the allegations. Now, he’s blaming the denial on “an error in the editing of his statement.” It’s the latest in decades of child sex abuse and cover-ups that have been a systemic problem in the Catholic Church.

Affirmative action. Yesterday, SCOTUS agreed to hear two cases involving race. One lawsuit accuses Harvard of discriminating against Asian American students by setting a higher standard for them. Think: reportedly judging them on additional, subjective — and often racially charged — traits like "likability" or "courage." A separate lawsuit alleges that UNC favored Black, Hispanic, and Native American applicants over Asian and white students. UNC has denied the allegations. While Harvard says it takes a “holistic” admissions approach. The program has helped to expand diversity in higher education in recent decades. Now, it's up to SCOTUS to decide if it stays. That decision could come by next year.

Stocks. Yesterday, the market had its worst week since March 2020. Its 1,100-point drop came days before the Fed is expected to discuss raising interest rates to counter record-high inflation.

The gov. Here’s where to get them (and those COVID tests, too if you haven’t done it yet).