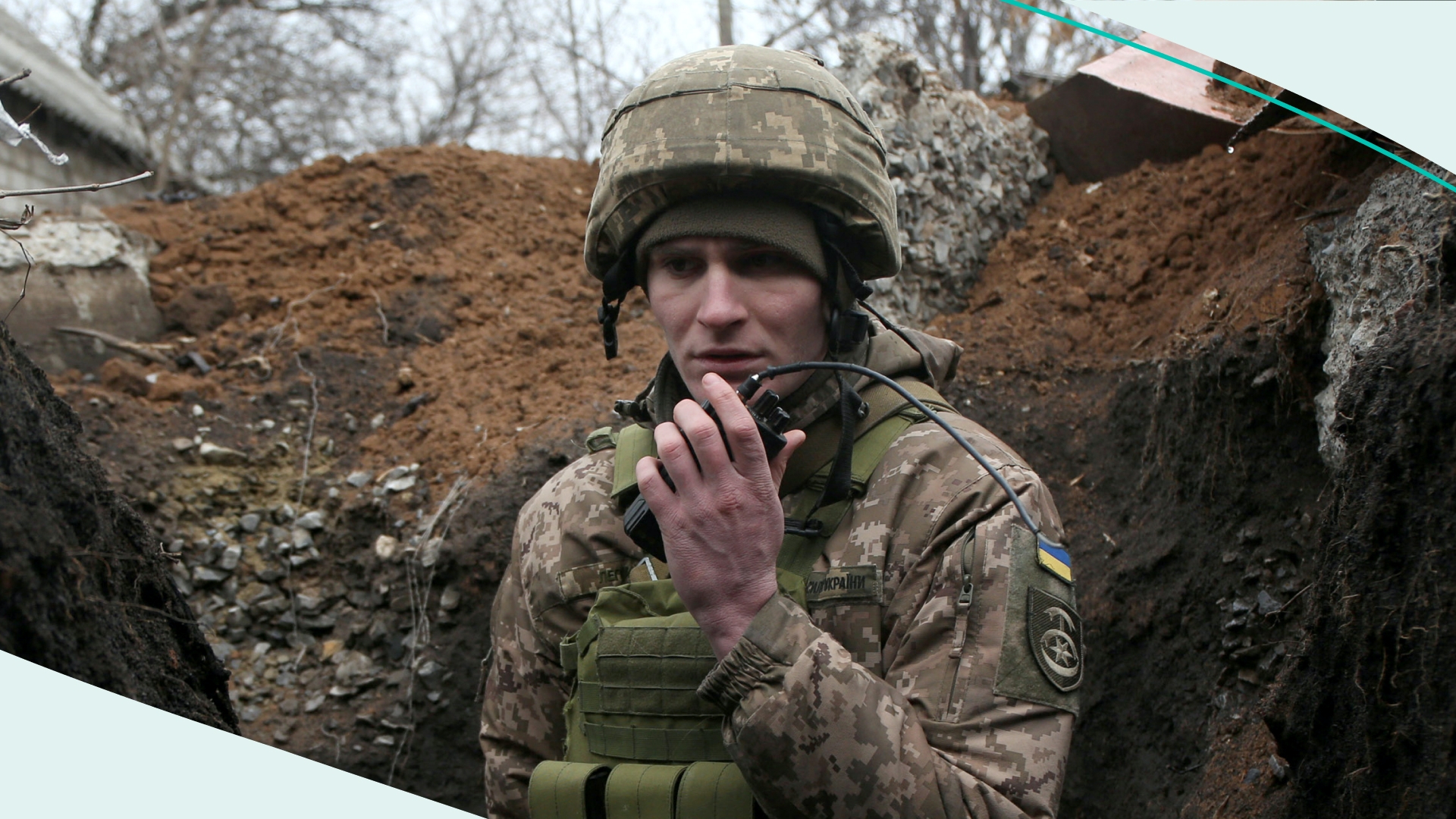 Russia and Ukraine have a long history (see: Russia annexing Crimea in 2014). Now, Russia doesn’t want Ukraine to join the US-led NATO alliance. Last year, the US warned Russia was planning an invasion as soon as early 2022. Which is…*checks watch*...now.

Over 150,000 Russian troops are stationed near the border. Russia says ‘don’t worry, everybody, there are no plans to invade.’ The Kremlin also said this week it was pulling back some troops. The US said ‘that’s a lie.’ Yesterday, Sec of State Antony Blinken spoke at the UN to warn of the risk of invasion. President Biden said “every indication” shows Russia still plans to invade.

Within the next few days. There are still efforts to de-escalate. But a cyberattack has already hit Ukraine’s defense ministry, army, and two major banks. According to the US, Russia’s planning a fake video of a Ukrainian attack to justify the invasion. Tensions were also heightened after the shelling at a kindergarten in eastern Ukraine yesterday, which left three injured.

What happens if Russia invades?

Biden’s promising a “swift and severe” response (diplomatic speak for sanctions). But no military response. Thousands of US troops are in neighboring countries to protect NATO allies.

And what about any US citizens in Ukraine?

Last week, Biden encouraged them to get out within 48 hours. The admin said it wouldn’t rescue them if they didn’t — reminding some people of Afghanistan.

The world is on edge to see if — or when — Russia launches a full-scale invasion. But it’s a level of violence Ukraine has already been coping with for years now amid its civil war.

PS: Need more background on Russia and Ukraine? We get into their complicated history here.

PPS: On our latest episode of “Skimm This,” we spoke with a reporter in Ukraine about what life there is like there right now.

What's also on the US military's top of mind...

This report. Earlier this week, a report found that sexual assault reports in US military academies shot up during the 2020-2021 school year. Cadets and midshipmen reported 131 assaults — up from 88 the year before. The biggest jump was from the Air Force Academy and the US Military Academy at West Point — despite the academies having programs in place to prevent sexual assault. The rise also came as many students returned to campus after shutdowns. Now, authorities plan to send an anonymous survey this spring, including questions about harassment and assault, to get more accurate numbers.

…Oh and speaking of reports, a global study has found that more than 1 in 4 women have experienced domestic violence in their life. Experts think the real number could be higher.

While your friends keep looking for that perfect house…

They're working with not-so-perfect mortgage rates. The 30-year fixed-rate mortgage is now averaging 3.92% — back to 2019 levels. And it’s still a buyer-eat-buyer world.

What pairs well with the Choco Taco…

While there could soon be a shortage of avocados from Mexico…

There isn’t a shortage of Love.