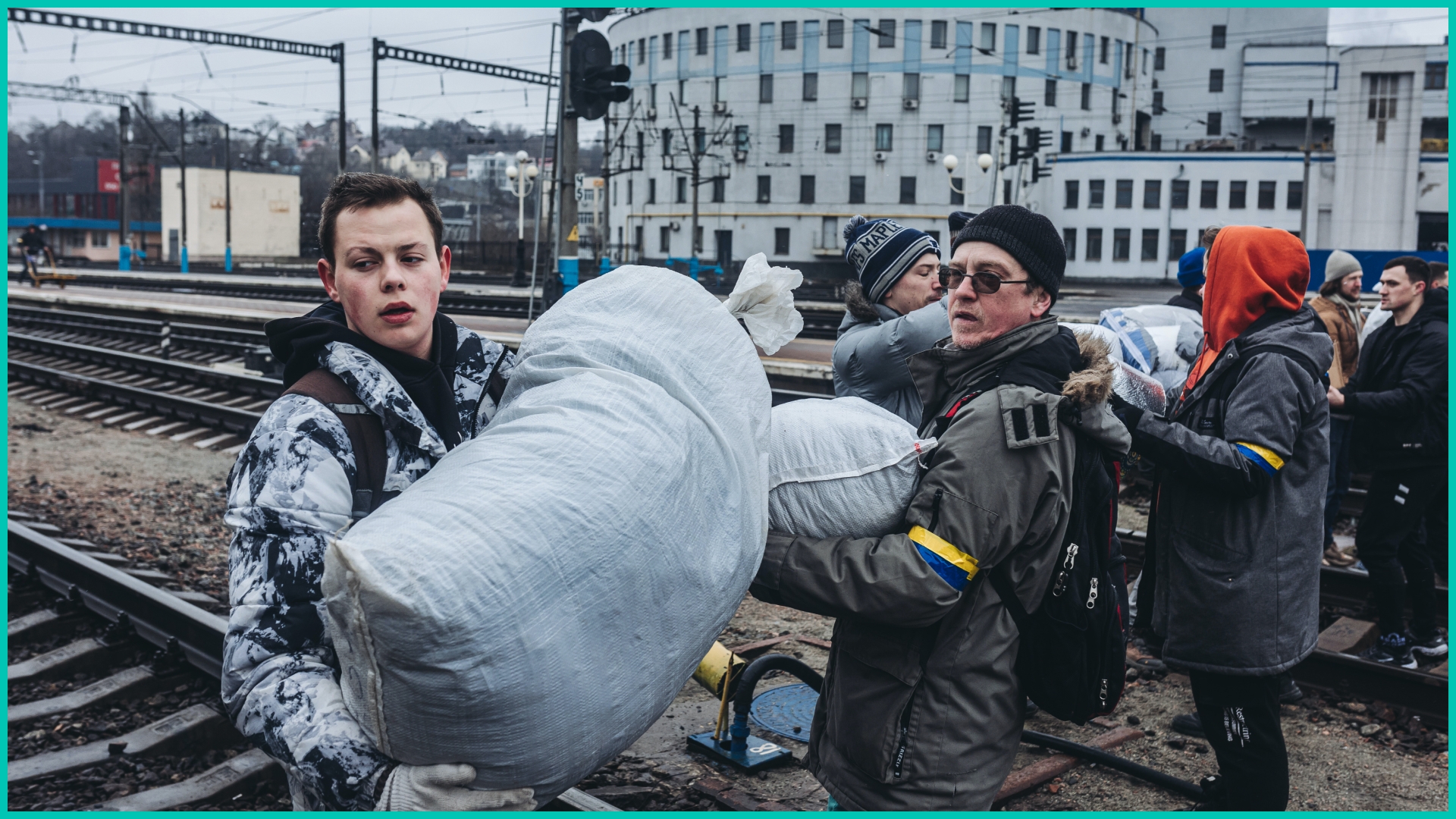 The humanitarian crisis in Ukraine is mounting.

More than 1.5 million refugees have left the country — many of them women, children, and the elderly. But not everybody’s been able to escape. The port city Mariupol is suffering from lack of access to food, power, and other basics. In many cities, Ukrainians are facing attacks in residential areas. And efforts to evacuate people are failing.

Last week, Russia agreed to allow “humanitarian corridors” out of cities. That hasn’t happened. Instead, Russia's been accused of killing civilians, including those attempting to flee. In a speech last night, Ukrainian President Volodymyr Zelenskyy again called on allies to do more, telling Russia, “God will not forgive.” And today, Russian officials proposed six new evacuation routes, but some of them lead to Russia and its ally Belarus.

Zelenskyy has been asking for days for help establishing a no-fly zone over the country. But many in the US are concerned that it could escalate quickly into a direct US-Russia confrontation. Today, Ukraine confronted Russia at the International Court of Justice, but Russia snubbed the hearing. And the two are also meeting for another round of talks in the morning. Meanwhile, Russian forces are reportedly planning to storm Kyiv despite strong resistance from Ukraine.

In any war, it’s civilians who suffer the most. Families are torn apart, homes are destroyed, and people have to bury their loved ones. And Russia’s attack could be setting up the largest humanitarian crisis to hit Europe since World War II.

PS: Want to help Ukraine? Here are some ideas.

Breadbasket of the World

Russia’s invasion of Ukraine not only threatens civilians but food insecurity across the globe. Here’s a closer look at:

Bracing for impact: The Middle East, Africa, and Europe rely heavily on Ukraine for wheat and corn, with Lebanon and Egypt especially reliant on the region. Prices of wheat have already skyrocketed. And the conflict could lead to severe malnutrition and starvation around the world.

What doesn’t have people pumped…

Gas. Over the weekend, the national average price for a gallon of gas topped $4. The cost is even higher in California, where the average is over $5 a gallon. It’s giving Americans harsh reminders of the 2008 recession prices. The cause: Russia’s invasion and inflation. Russia is the world’s third-largest oil producer. So sanctions are making it harder for Russia to export and are pushing up the price. This jump comes without a US ban on Russian oil…something 80% of Americans favor. But even if you don’t drive — or drive an EV — you’re not out of the woods yet. Gas is connected to nearly everything and the price increase also means higher prices for groceries and tech products. It’s tough news for Americans already struggling with rising inflation. And potentially for President Biden. Gas prices may have a complicated relationship with presidential approval ratings. And what president wants to field questions about rising prices with midterms coming up?

What's not going with the (traffic) flow...

The “People’s Convoy.” Since yesterday, hundreds of truckers and others have been protesting near DC, slowing down traffic. If the name sounds familiar it's because it is — inspired by a similar group in Canada, they are calling for an end to COVID-19 restrictions. But with 700 National Guard troops on standby in the city, the truckers have been steering clear, instead aiming to slow down traffic on the nearby highway to bring attention to their cause. Honk if you have an opinion.

Sens. Marco Rubio (R-FL) and Steve Daines (R-MT). On Saturday, more than 160 US lawmakers met via Zoom with Ukrainian President Volodymyr Zelenskyy to discuss more military aid. Ukrainian officials said 'no pics please' in order to help protect the president — who has now reportedly survived at least three assassination attempts. But Rubio (who's the vice chairman of the Senate Intelligence Committee) and Daines must’ve thought that didn’t apply to them. They tweeted photos during the meeting. Democrats have called the move "appalling and reckless." Spokespeople for Rubio and Daines say 'this is all overblown' and that there's no identifying information on the photo.

...Oh and, former President Trump is also facing backlash. In his case, for alleged comments suggesting that the US might consider putting Chinese flags on US planes and use them to bomb Russia.

Who has feedback for the US government…

While Coach K is getting ready to head off the court…

“The Batman” is dominating the big screen.