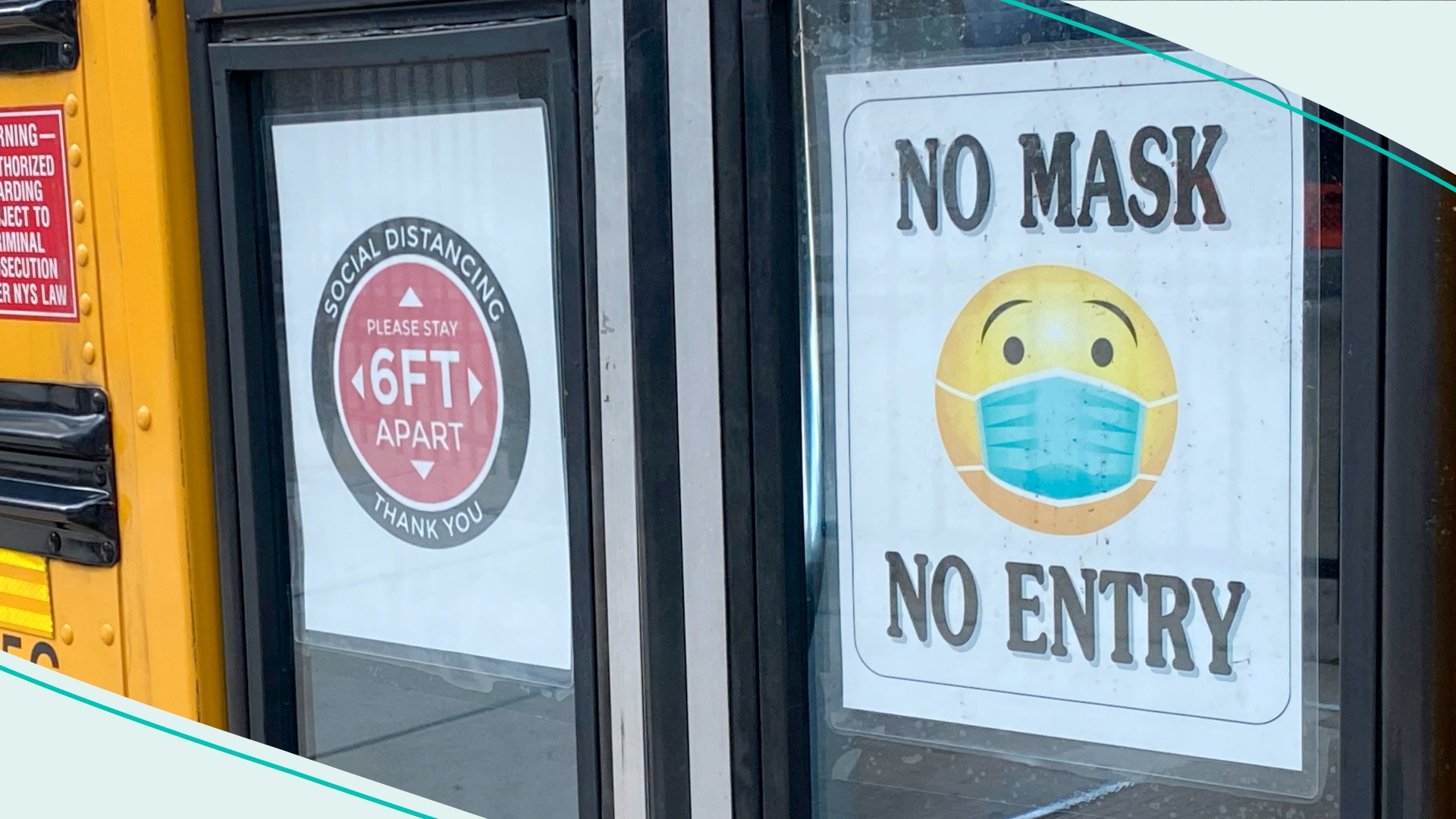 NYC is set to remove mask mandates for kids under 5.

New York ended its school mask mandate earlier this month. But only for grades K-12. Mayor Eric Adams (D) said he wanted to wait for the science to say it’s safe before deciding for kids under 5. Yesterday, he said 'scratch that' and that beginning April 4, kids 2-4 won't have to mask up in school. It’s got some people saying ‘about time.’ Read: 31% of NYC adults don’t want to send their kids to school with masks. Others are reminding everyone kids under 5 don’t have access to vaccines. But there’s a big if.

Adams said the change would only happen if cases remain low. Problem, because a new Omicron subvariant BA.2 is fueling a surge in Europe. And it accounts for about 35% of new cases in the US. The White House’s new COVID-19 czar, Dr. Ashish Jha, isn’t expecting BA.2 to trigger a major jump in cases. But Dr. Anthony Fauci says he’s predicting an “uptick.”

What about previous immunity?

About three-quarters of Americans are apparently immune to the original variant of Omicron, which experts say could prevent or shorten new illnesses. Being fully vaccinated is also expected to help prevent severe cases with the BA.2 strain. All of this comes after a large-scale study showed even mild cases of COVID-19 in older adults can impact the brain.

Everyone wants to be out of the woods with COVID-19. But the virus is still mutating. And what happens abroad rarely stays abroad. Stay safe.

Who had to say things like “with all due respect”…

Ketanji Brown Jackson. Yesterday marked the first day the Senate Judiciary Committee grilled the Supreme Court nominee. Some lowlights: Sen. Ted Cruz (R-TX) asked the federal judge — the first Black female SCOTUS nominee — what critical race theory means. As Jackson put it, the theory “doesn't come up in my work as a judge.” For those keeping score, the number of past SCOTUS nominees asked that question is, you guessed it, zero. Sen. Lindsey Graham (R-SC) asked her, “what faith are you, by the way?” And for her to rate how faithful she is “on a scale of 1 to 10.” Jackson answered the question but noted, “there’s no religious test in the Constitution.” Jackson has to deal with grilling again today.

Who's been wanting their happily ever after...

Disney employees. Yesterday, hundreds of employees staged walkouts nationwide. Over the past month, Florida lawmakers have been advancing a bill that would block school districts from discussing sexual orientation or gender identity with kids in kindergarten through the third grade. Disney World is one of Florida’s largest private employers. Employees wanted the company to speak out against the bill, which critics have called the “Don’t Say Gay” bill. At first CEO Bob Chapek was as quiet as a mouse. Now the company’s saying it’s going to pause political donations in Florida.

Rachel Zegler. Yesterday, the Academy reportedly started singing a different tune after initially skipping out on an Oscars invite for the actress. On Sunday, Zegler revealed she hadn’t been invited, despite being the lead of best picture nominee “West Side Story.” Cue backlash against the Academy for sidelining a rising female Latina star. Now, the Academy is making room for Zegler and invited her to be a presenter. Close (curtain) call.

Alexei Navalny. Yesterday, the Russian opposition leader was sentenced to nine more years in prison for fraud and contempt of court. Navalny’s already serving more than years for a parole violation. Prison hasn’t stopped him from condemning Russia's invasion of Ukraine. And calling on people to protest, leading to thousands of arrests. Meanwhile, Russia continues to drop dozens of bombs on the southern port city of Mariupol, reportedly destroying upwards of 80% of the city. But the Ukrainian army has retaken a key suburb west of its capital, Kyiv.

Amanda Bynes. Yesterday, a California judge ended the former child star’s conservatorship. In 2013, a court placed Bynes in a conservatorship when she was struggling with substance abuse and had multiple arrests (including for a hit and run and driving under the influence). Her mother took over as her conservator and managed everything from her finances to her health decisions. Now, the judge found that Bynes has been doing everything the court’s asked of her. Bynes’ mother supports the decision to end the conservatorship. In a recent Instagram post, Bynes thanked her fans for their support.

PS: Athletes have kicked off a big conversation on mental health recently. Read up.

​​What the crawdads are singing about now...