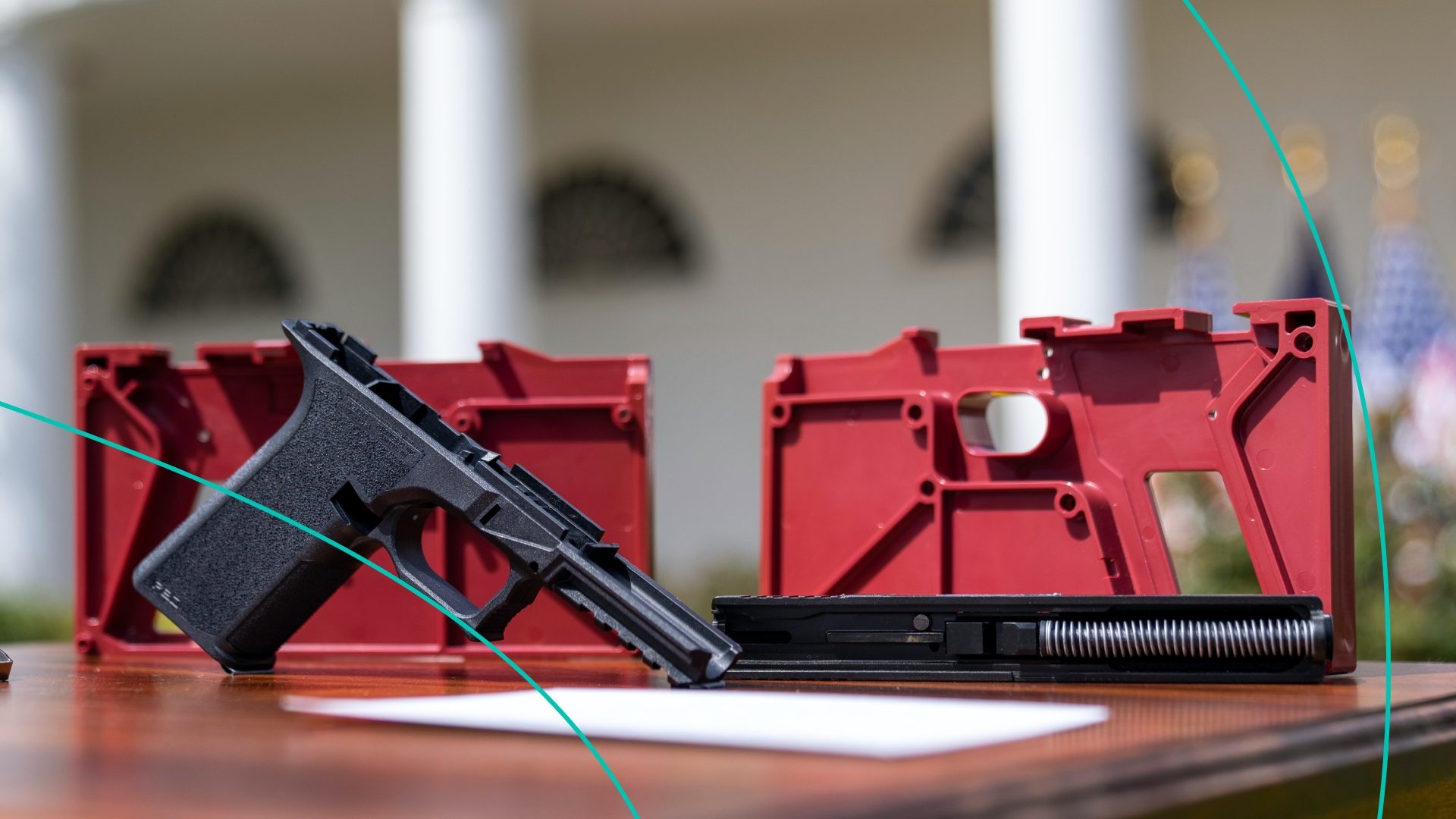 President Biden is cracking down on ghost guns.

Remind me, what are ghost guns?

They’re firearms manufactured in parts and assembled at home. Kind of like a DIY kit. No background checks or serial numbers required — making them untraceable and popular with criminals. Ghost guns reportedly make up a small percentage of guns recovered by authorities, but they’ve been linked to multiple mass shootings and other crimes. And some cities have reportedly seen an increase in ghost guns. Think: Last year, law enforcement pulled 20,000 off the streets. Which is a 10x increase from 2016. Now, amid growing pressure to address gun violence, Biden’s trying to make good on one of his campaign promises.

What does the new rule do?

It requires manufacturers to add serial numbers to certain parts in the assembly kit. Sellers must be federally licensed and are required to run background checks on buyers — before the sale. Basically, the same restrictions applied to standard firearm sales. The Biden admin hopes the regulation and requirements will help drive down gun violence, which is on the rise. But as with all gun laws in the US, many are divided.

Gun control advocates praised Biden’s move saying until now ghost guns “haven’t been regulated like a gun” — despite killing like one. While Second Amendment supporters criticized the rule. The NRA said the regulation sends the wrong message to violent criminals because this “ban” will not affect them. Meanwhile, at least 10 states have already established their own ghost gun restrictions.

President Biden has been in support of tightening gun control laws from background checks to banning assault weapons. And his latest regulation is intended to impact the increase in gun-related crimes. But many are saying it's not enough.

Ukraine. Yesterday, Mariupol’s mayor said more than 10,000 civilians died during Russia’s siege of the city. And say that number could double. The southern port city has endured weeks of heavy Russian shelling as they fight to capture the city. And a reported 120,000 civilians remain in Mariupol desperate for food, water, communication tools, and medicine. The city’s mayor is reportedly accusing Russian forces of blocking humanitarian convoys from entering the city and seeing the total devastation amid allegations of war crimes.

COVID-19. Yesterday, Philadelphia became the first major city to announce it's bringing back indoor mask mandates. Starting Monday, indoor places like movie theaters, bars, and restaurants will be required to have their customers mask up. City health officials say it’s because COVID-19 cases — largely from the Omicron’s highly transmissible subvariant (aka BA.2)— have spiked 50% in the last 10 days. Officials hope the masks will allow Philadelphians to continue their normal life without adding to the spread. Now, other places like New York City and Washington, DC, could be looking to bring back their mask mandates as well. Especially since there’s been an uptick in cases throughout the country. It comes a week before the federal mask mandate for public transportation is set to expire.

Britney Spears. On Monday, the pop star revealed she and her fiancé, Sam Asghari, are pregnant. Spears, a mom of two, has talked about having another child since last year. But has claimed her conservatorship — which controlled nearly every aspect of her life including preventing her from getting her IUD removed — had halted her from living her life. Now nothing can stop her from having a baby one more time.

While it's IBS Awareness Month...

Let's talk about being a "hot girl with stomach problems."

Who’s cooking up a return…