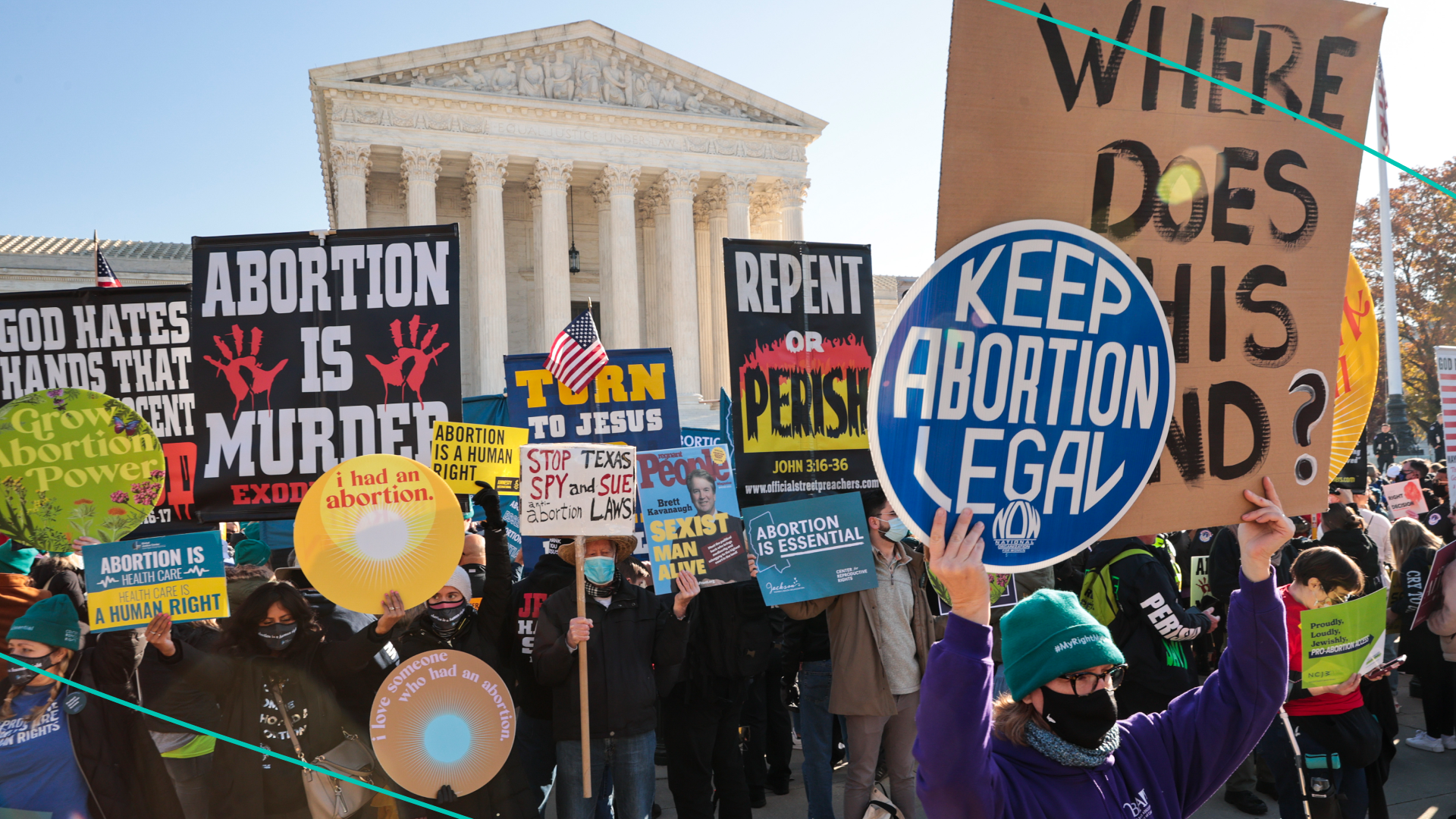 The Supreme Court is planning to end the right to an abortion.

That’s what it looks like. Yesterday, Politico published a copy of a draft ruling in the Mississippi case, Dobbs v Jackson Women's Health. This is the state’s 2018 law that banned abortions after 15 weeks and offered no exceptions for cases of rape or incest. Since then, dozens of states have intro’d six-week abortion bans. And places like Texas and Oklahoma are incentivizing citizens to enforce them.

What does the draft say?

That SCOTUS is ruling in favor of Mississippi. But not only that. It’s also reportedly overturning two key decisions:

Justice Samuel Alito — who wrote this draft majority opinion — called Roe “egregiously wrong." And said it established a right to privacy that wasn’t written anywhere in the Constitution. Four other conservative justices reportedly joined Alito in this decision: Clarence Thomas and the court's three Trump-appointed justices: Neil Gorsuch, Brett Kavanaugh, and Amy Coney Barrett. The three liberal justices are believed to be working on dissents. It's unclear how Chief Justice John Roberts will vote — but even if he sided with the liberals it wouldn‘t change the outcome.

So is this official?

Not yet. This was a leak, and an unprecedented one at that: never in modern history has a draft SCOTUS opinion been disclosed before a decision was announced. The final opinion was expected to be announced publicly by June or July. It could still go through edits. But if SCOTUS rules to remove abortion protections, over 20 states have laws in place to immediately ban or restrict the procedure.

What does this mean for women across the country?

A lot. Before Roe v Wade, those seeking an abortion were subjected to dangerous, expensive, and sometimes out-of-state options — often conducting the procedure on themselves or without registered doctors. It's important to note that abortion is still a constitutional right today and every day until the court rules officially. But when it does, that constitutional right ends.

It will be up to states to decide whether terminating a pregnancy is legal and at what point. Or whether they criminalize it. Meanwhile, Republicans are reportedly planning the next stage of anti-abortion measures: trying to ban abortions on the federal level.

Women's reproductive rights have long been a hotly contested issue in the US. But it's also one that affects more people than some may think. About one in four women in the US have an abortion before the age of 45. The reasons are personal, medical, complex, and protected by the Constitution. That last part could end — and Americans are already protesting.

PS: Here's what overturning Roe v Wade could mean for your health.

What people do when issues they care about are at stake…

Vote. Today, Ohio and Indiana voters head to the polls, kicking off a wave of primary elections in the lead-up to midterms. The biggest talker: Ohio’s Senate primary race. The leading GOP contenders are former state Treasurer Josh Mandel and “Hillbilly Elegy” author JD Vance. Both candidates are anti-abortion with Vance calling it “the first political issue” he remembers caring about. Mandel called the separation of church and state “a myth.” And each of them has been kissing former President Donald Trump’s ring to get his stamp of approval. But he gave it to Vance. Today could be the biggest indication in months of the extent of Trump’s hold on Republican voters.

Which company is under the spotlight…

Amazon. Yesterday, workers at a Staten Island warehouse voted against joining a union. It came after employees at a nearby warehouse voted to form Amazon’s first-ever US-based union last month. But yesterday, the company managed to defeat a second bid nearby. Meanwhile, Amazon ended its policy of allowing COVID-19 positive employees to take PTO. Instead, they have to use regular sick days or up to five days of unpaid leave. Oh, but Amazon wants points for saying it does actually care about employees’ health: it said it will pay up to $4,000 in travel expenses for non-life-threatening medical treatments, including abortions.

What doesn't seem so important in light of everything...

Fashion at the Met Gala.

When you want to leave Earth...