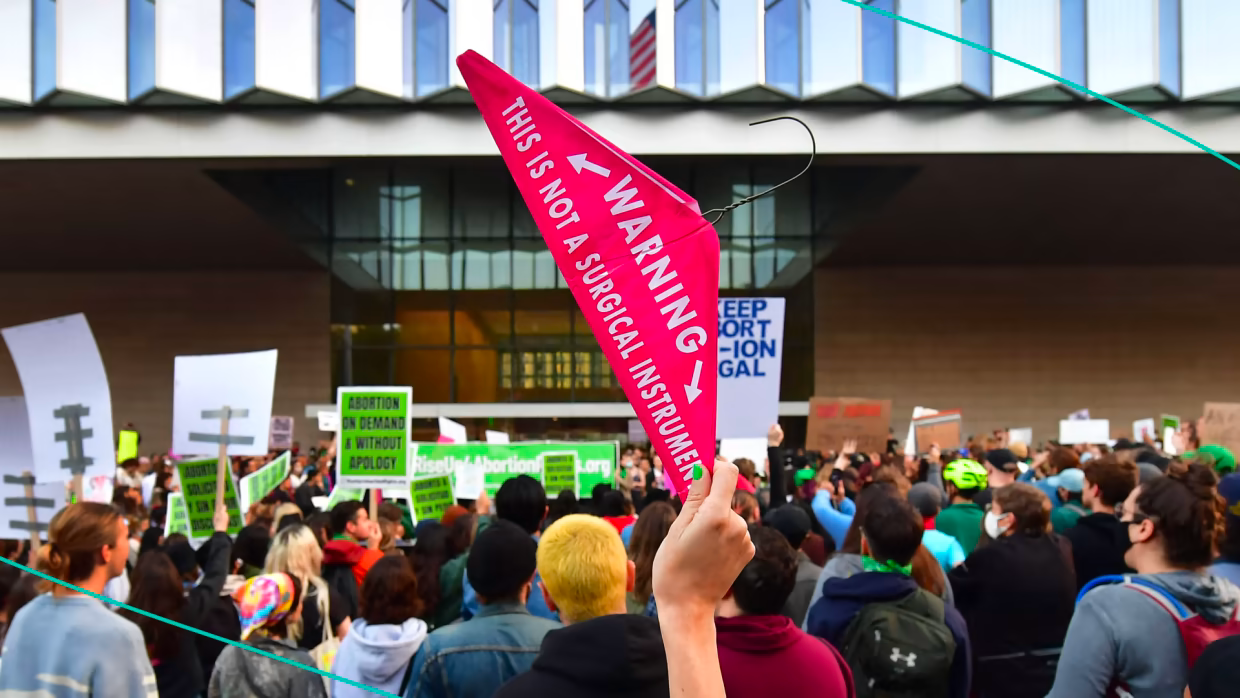 Americans are still reeling from this week’s news.

You mean the leak?

Yup. SCOTUS’s plan to end the constitutional right to abortion could come within weeks. Here’s where things currently stand on the…

State level: Ahead of the decision, states are racing to take action. On Wednesday, Louisiana advanced a bill that would criminalize abortion. The bill — which passed a state House committee 7-2 and now goes to the floor — would classify abortion as a homicide. And would allow patients to be charged as criminals. Those who are convicted for performing the procedure under the potential law could face time in prison. Since the bill treats personhood as beginning at the “moment of fertilization,” it could also theoretically criminalize the use of IVF, birth control, and Plan B. It comes as states are moving quickly to restrict or expand access to abortion.

National level: Some Dems want to take matters into their own hands and codify Roe v. Wade into federal law. But that’s a tall order because...the f-word (filibuster). Dems need at least 60 senators on board for it to be essentially filibuster-proof. And if history’s any indication (read: the Women's Health Protection Act) passing legislation in a 50-50 split Senate is a tough task.

Personal level: Some people are celebrating. Thousands are protesting. Americans are exchanging resources everywhere from TikTok to Reddit. Some are sharing their stories, providing data privacy tips, or donating. More are planning to strike. Meanwhile, the court is investigating how this unprecedented leak even happened.

The constitutional right to an abortion has been settled law for almost 50 years. That could change within weeks — and states, lawmakers, and Americans are racing to take action.

PS: We asked legal experts everything from the reasoning in this draft decision to what it means for Americans. Listen here.

The stock market. Yesterday, Wall Street had its worst day since the beginning of the pandemic. The Dow Jones industrial average dropped more than 1,000 points after economists began fearing a possible recession. The drop was a stark difference from earlier this week when the stock market had its best day in years. Economists were feelin’ good after Fed Chair Jerome Powell said the agency wasn’t planning to “actively” hike up interest rates higher. But yesterday, investors woke up rethinking the benefit of raising interest rates.

...Oh and speaking of whiplash, there could soon be a new temporary Twitter CEO — if you Musk know.

Where voters let the gov know how they’re feeling…

England. This morning, British PM Boris Johnson’s Conservative Party suffered significant losses in local elections. Johnson has been in the spotlight recently for his role in the “partygate” scandal. And voters aren’t happy with the rising cost of living. Now, the Labour Party is taking some seats — including Wandsworth, a London borough Conservatives have held since 1978. Final elections results are expected later by tomorrow.