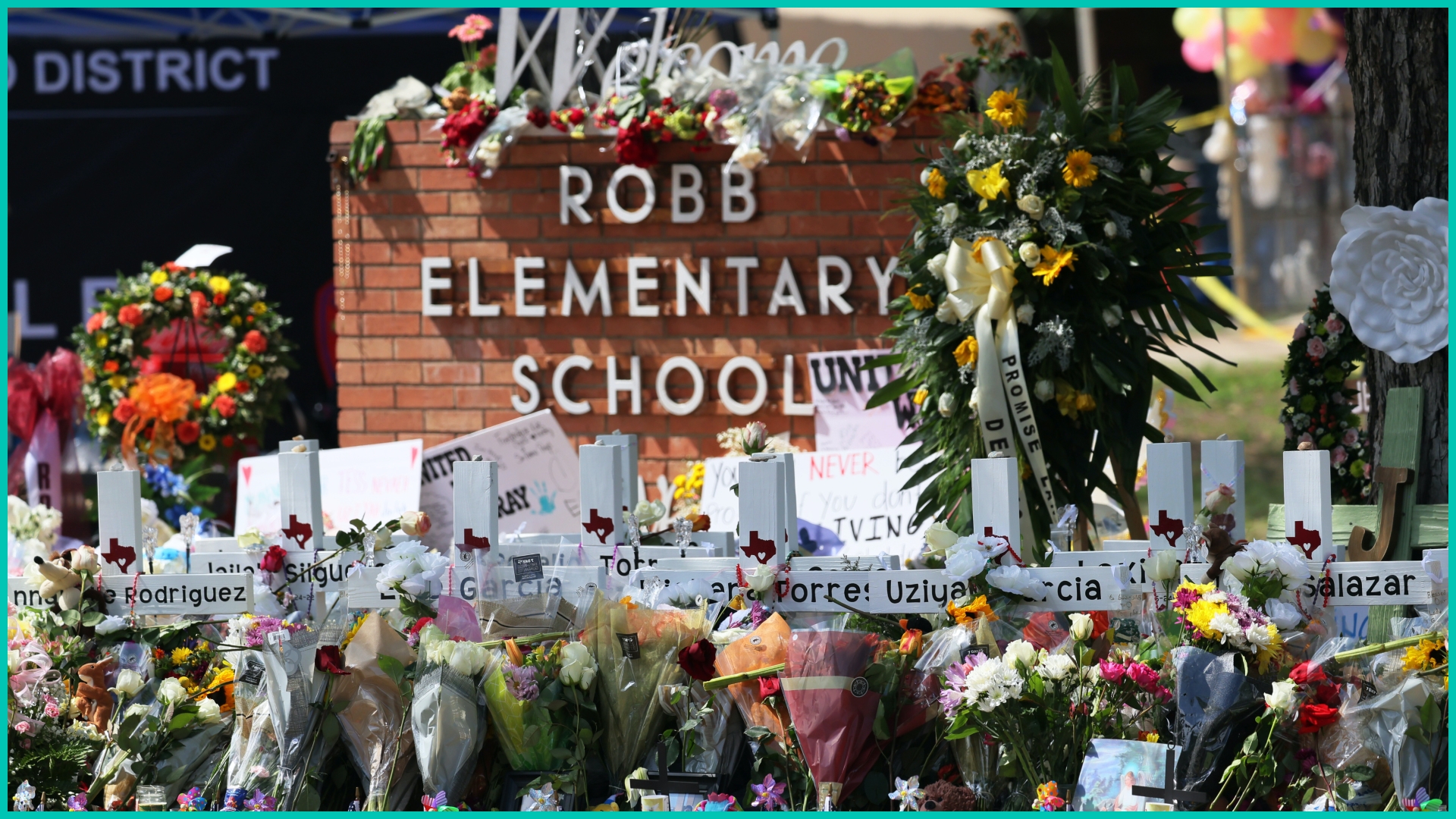 The police response in Uvalde is under a microscope.

Last week, an 18-year-old killed 19 children and two teachers at Robb Elementary School in Uvalde, Texas. In recent days, it’s been revealed that officers were on the scene for more than an hour without intervening — leaving children trapped inside with the shooter. Meanwhile, parents begged officers to do something and students stuck inside kept calling 911 for help.

Why did this happen?

Where do we begin? Many are looking to the school police chief who had recently completed active shooter training. Police protocol, established after the 1999 Columbine massacre, is to run in and stop the shooter before doing anything else. But the police chief reportedly believed "there were no more children at risk.” And told officers to hold off and treat the situation in the classroom as a "barricaded subject" rather than an active shooter. The decision came as the gunman continued firing in the classroom.

The Justice Department is conducting a review of the police response. Meanwhile, criminal charges are rarely filed against law enforcement in cases of mass shootings — the one recent exception being the 2018 school massacre in Parkland. And while all of this is happening, Sen. John Cornyn (R-TX) has been in talks with Sen. Chris Murphy (D-CT) to see if they can agree “on a basic framework” for bipartisan gun reform legislation.

In the wake of yet another mass school shooting, many in the US are calling for gun reform. Others are calling for more school security funding. What the US has done to date has not been enough to protect 10-year-olds from an 18-year-old with an assault rifle.

Who's putting its foot down…

The EU. Yesterday, the leaders agreed to immediately block the export of 75% of Russian oil to the 27-nation union. The sanction is in response to Russian President Vladimir Putin's invasion of Ukraine. The US has already banned all Russian energy imports, including oil, when some EU leaders had been teetering on the idea. The delay was due to countries like Hungary, Slovakia, and the Czech Republic — which depend heavily on Russian oil — pushing against the agreement. Now, EU officials have agreed to move forward with the oil ban and cut up to 90% of Russian oil imports by the end of the year — with the exception of Russian oil delivered through pipelines. The European Council chief says the move puts “maximum pressure” on the Kremlin to end the war.

PS: We answered your questions about the war in Ukraine here.

Strawberries, and not just because they’re in season. Over the weekend, the FDA said it’s working alongside other regulators to investigate a multistate outbreak of hepatitis A infections. The agency warns the illness likely stemmed from certain organic strawberries purchased between March 5-April 25. While the products are past their shelf life, the FDA says anyone who froze the berries should toss them. It comes as people want answers on...

Severe hepatitis. On Friday, the WHO said 650 cases in children had been reported from over 30 countries. But believe it's a vast undercount. Cases of the mysterious infection — which causes inflammation of the liver— have resulted in at least nine deaths. Health officials are still investigating the cause and say some flu- or cold-like viruses (adenoviruses) may be playing a role. But that doesn't seem to explain all of the cases. The CDC is encouraging parents to look for cold symptoms (fever, nausea) but also others, like jaundice or joint pain.

Who had a trial in the court of public opinion...

Johnny Depp and Amber Heard. On Friday, a jury heard closing arguments in the weeks-long defamation case. Now, they're deliberating whether Amber Heard’s 2018 Washington Post op-ed about surviving domestic violence amounts to defamation. But many have already made up their minds — reactions to the trial have dominated social media, with videos going viral on TikTok. On Friday, a lawyer for Depp reportedly described #MeToo as “an important movement, a movement that Mr. Depp supports” and said it was “for true survivors of abuse, not Ms. Heard.” A lawyer for Heard said that if Depp abused her “even one time” then her words should be protected under the First Amendment. A decision could come as soon as today.

Who we can’t cake our eyes off of…

While Real Madrid and the Celtics were scoring dubs…

Rafael Nadal and Novak Djokovic are gearing up for the quarterfinals of the French Open.