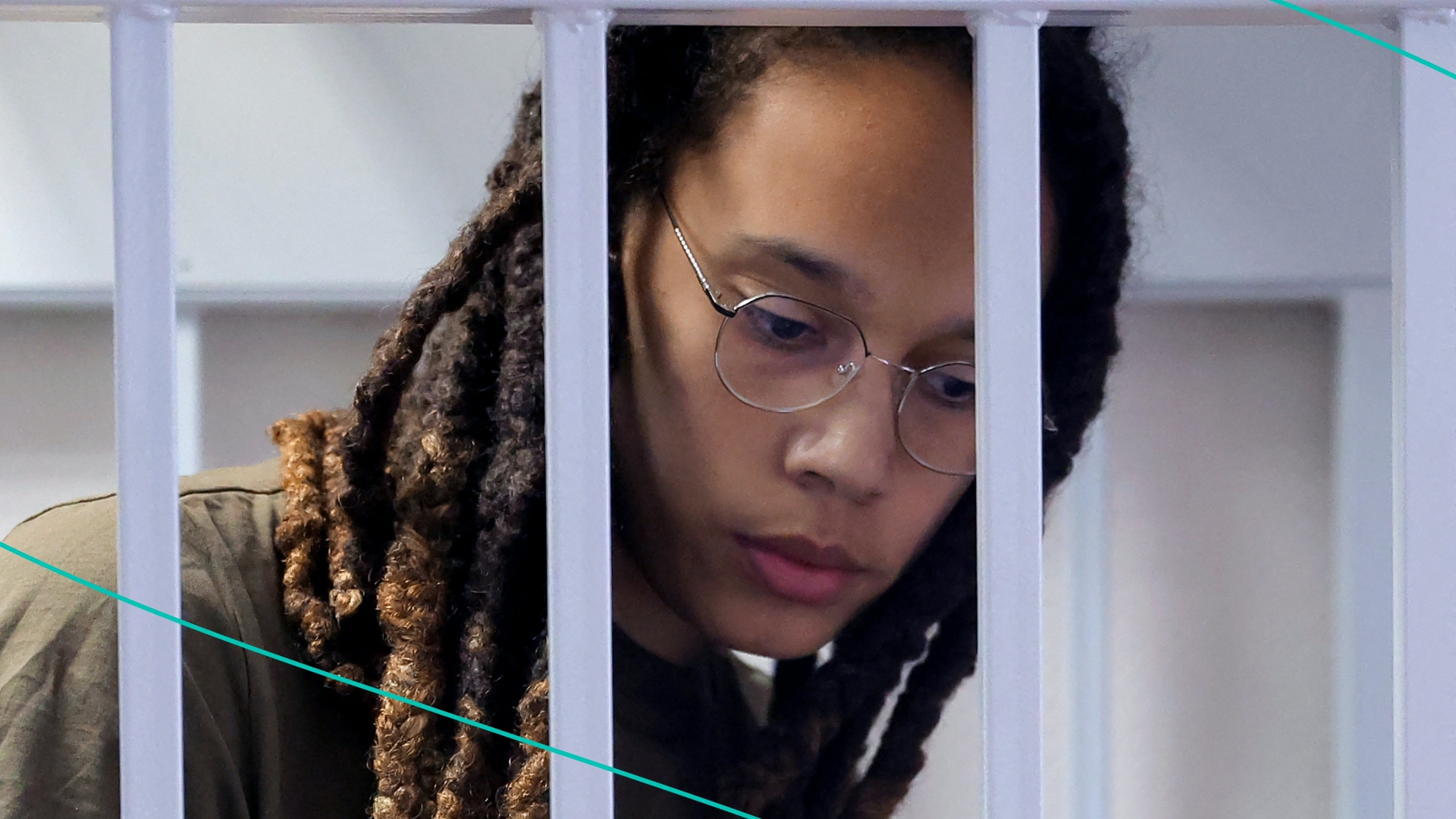 Brittney Griner is going to prison.

Is this really happening?

It is. Yesterday, a Russian judge found the WNBA star guilty of smuggling drugs into the country and sentenced her to nine years in a penal colony. Griner — who was in Russia to play in a basketball league — was also fined 1 million rubles (more than $16,000).

Correct. Russian President Vladimir Putin reportedly said he likes having a place where “everyone is afraid to go.” Russian opposition leader, Alexei Navalny, staged a hunger strike in a penal colony after alleging he wasn’t getting proper medical care. Other inmates — who reportedly sleep in dorms on metal bunks and work in production facilities — allege they’ve been beaten, medically neglected, and put under severe psychological pressure.

In court earlier, an emotional Griner appealed for leniency. She reiterated that this was “an honest mistake” and that she never intended to break the law. She also apologized to her loved ones for causing any hurt. President Biden slammed the decision and called on Russia to “release her immediately.” Griner’s team, the WNBA’s Phoenix Mercury, said they remain “heartbroken” by the “168-day nightmare” Griner has endured.

Her legal team has 10 days to appeal. And they’re expecting a court hearing next week. Officials in Russia say they're ready to "discuss" a prisoner exchange now that a verdict has been handed down — bringing a swap closer to reality. Meanwhile, one US official said those conversations have been "ongoing.” But didn’t give a timeline.

Griner is one of the best female basketball players in the history of the sport. Now, she is in the hands of the Russian government...one that has a dangerous history of how it treats prisoners. Her fans, teammates, and loved ones have a resounding message: #FreeBrittneyGriner.

Yesterday, the Biden admin declared monkeypox a public health emergency. The announcement comes almost two weeks after the World Health Organization made the same call — and days after three US states (NY, CA, and IL) did, too. To date, the US leads the world with over 7,000 recorded cases of monkeypox — about one-quarter of the world’s total.

Now, the health secretary’s announcement could open up access to emergency funds. The goal: help distribute vaccines, hire more workers to manage the spread, and make it easier for doctors to treat patients. It could also allow the FDA to authorize more ways to diagnose, prevent, or treat infections. And it gives a chance for agencies to gather more data when it comes to cases and vaccinations. The declaration comes after weeks of pressure from activists and other law officials to do something to stop the spread. Especially when vaccines are in short supply. But the Biden admin is saying ‘better late than never.’

PS. If you're worried about monkeypox, read this first.

Breonna Taylor’s. Yesterday, the Justice Dept charged four current and former Louisville police officers with federal crimes in connection to her death. In March 2020, Louisville, KY, officials carried out a no-knock warrant on the 26-year-old Black woman’s home. Police ultimately fired shots into her apartment, killing her. Now, more than two years later, federal prosecutors are accusing the four men of lying to get the warrant that was used to search Taylor’s home and then trying to cover it up. Attorney General Merrick Garland says their “unlawful acts” resulted in her death. Meanwhile, her family called the charges a “huge step toward justice.” Two of the officers have pleaded not guilty, and an attorney for one of the defendants plans to contest the charges.

Alex Jones. Yesterday, a jury said the Infowars host and conspiracy theorist must pay the parents of a 6-year-old Sandy Hook victim at least $4 million in damages. In 2012, Jones falsely claimed the 2012 school shooting that left 26 kids and adults dead — including Neil Heslin and Scarlett Lewis’ son, Jesse — was a hoax. The two parents sued, saying they suffered death threats and harassment as a result of Jones’s comments. At one point during the trial, Jones had said he had never texted about Sandy Hook. Turns out, his lawyers say they accidentally sent a copy of all his text messages to the opposing lawyers. And he was caught using iMessage…blue-handed. Oops. Jones now says he believes the elementary school shooting was “100% real.” Today, a jury will decide whether to award the parents more money for punitive damages. Meanwhile, Heslin and Lewis say they plan to put the $4 million “to good use.”

This new study. Earlier this week, a study found that if 20% of your caloric intake is ultra-processed foods, it could lead to cognitive decline. If this news has you regretting last night's combo meal, experts recommend focusing on swapping out processed foods for whole nutritional foods, like whole grains, fruits, and veggies. Yes, yes, experts, we’ve heard of those.

While Lady Gaga's putting on her "Joker" face...

HBO Max and Discovery+ are also pairing up.

Down where it’s wetter. Take it from the Great Barrier Reef.

What people have questions about now...