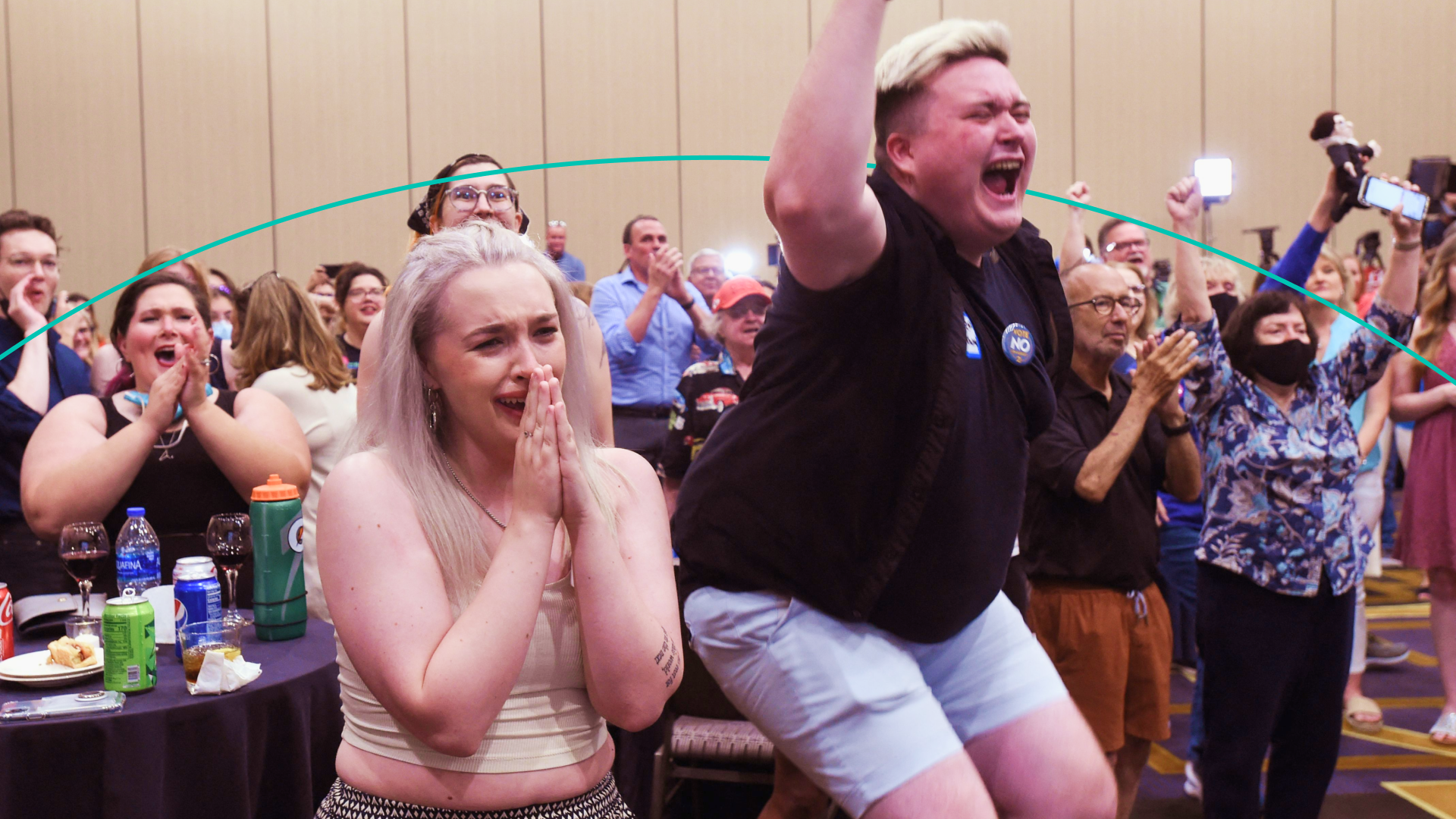 We’re Not (Only) in Kansas Anymore: Earlier this week, Kansans overwhelmingly voted to keep the right to abortion in the state’s constitution. In doing so, it may have upended the political playbook on ballot measures.

This week, a “sleepy August primary” delivered the first electoral win for abortion rights post-Roe. Instead of the tight vote that some predicted, it was a landslide — even with misinformation campaigns and confusing ballot language. More than 900,000 people showed up, marking the largest primary turnout in the state’s 161-year history. And Kansans didn’t vote predictably: In a state where only 25% of registered voters are Democrats, nearly 60% cast a ballot in favor of abortion rights. An indication that voters, when given the chance to weigh in on abortion directly, may be likely to defend it.

So why isn’t this happening in more states?

Stay tuned. Until now, ballot measures were reportedly used mostly by anti-abortion groups and politicians, as a tactic to restrict access at the state level. In Kansas, the state’s GOP lawmakers put abortion on the ballot — but badly miscalculated the way voters would respond. Now, the other side could adopt the same play. Think: Abortion rights advocates may use Kansas as a roadmap and try to introduce more ballot measures where they can. In 26 states, only lawmakers can introduce them. But in the rest of the country, citizens are allowed to collect signatures to bring these measures to a vote — though, there are often strict deadlines and certification processes.

Five more states are likely to vote directly on abortion this year. But even if you aren’t voting in one of those states, abortion is on the ballot almost everywhere — with candidates both for and against abortion rights. So make your voice heard.

My Tinder Decade…one writer reflects on her long, bittersweet experience with the dating app. Swipe right.

Why Do Rich People Love Quiet?​​…the sound of silence has become a status symbol. And a power play.

How Streaming Stars Pay the Price of Online Fame…for some on Twitch, creating content at home isn’t always that safe.

TikTok Is Using Hip Stretching to Heal Its Collective Trauma…or, why pigeon pose might make you cry.

National Farmers Market Week starts tomorrow — and there’s no better way to celebrate than by making a grocery list, grabbing a reusable tote bag, and heading to the nearest one. Because, whether you live in the city or country, there are thousands of vendors nationwide. For a successful shopping trip, consider these tips…

Once you’re home, make sure to store your produce properly. So it can stay fresh — extending the joy of your weekend excursion for as long as possible.