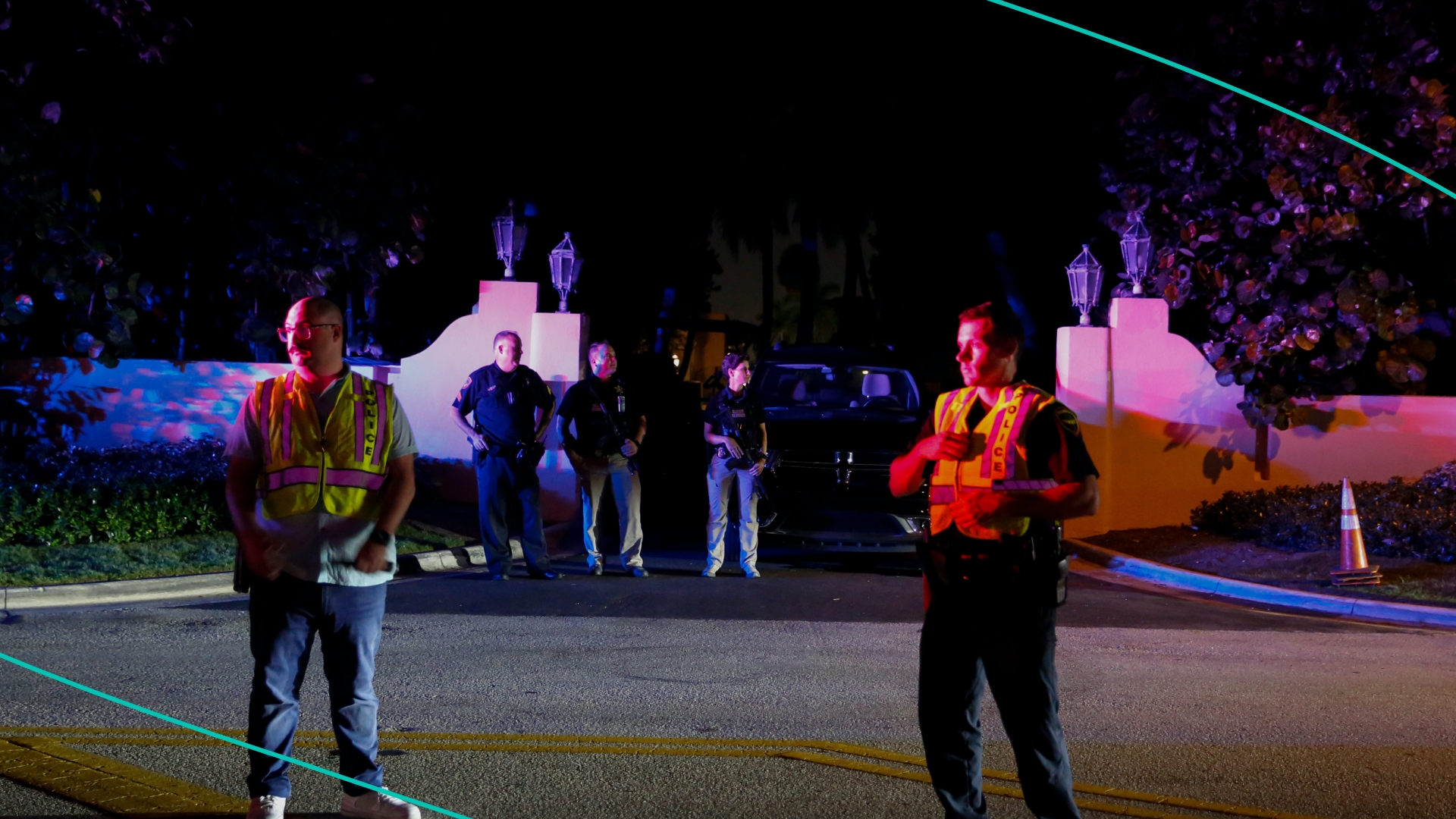 Unclear. But Trump's son, Eric, says the FBI executed a search warrant as part of its investigation into Trump allegedly taking classified documents from the White House. In February, the National Archives and Records Administration accused Trump of moving 15 boxes to his private golf club in Palm Beach, FL. Taking classified documents is a crime that could disqualify Trump from holding office ever again — a position many believe Trump has been eyeing in 2024. But the FBI and Justice Dept have yet to confirm the reason behind the search warrant.

A judge is required to sign off. And that only happens if there’s enough evidence that a crime occurred. Trump compared the raid to Watergate. And called it another form of “political persecution.” It’s a sentiment other Republicans have echoed, with some calling for an investigation into the FBI itself. And others calling to defund it. Biden’s team says it didn’t know about the raid. The current FBI director — Christopher Wray — was appointed by Trump.

Executing a search warrant on senior gov officials is rare — and unprecedented for a former president. It’s still unclear what this was about — and what, if anything, was found.

What has a community shaken up…

The killings of four Muslim men. Over the span of two weeks, three men were shot and killed in Albuquerque, New Mexico. And police believe the deaths could also be connected to the killing of another Muslim man in November. Police have not identified a suspect or motive — and have yet to label the killings a hate crime. But they are asking for the public’s help in finding a “vehicle of interest.” And the governor has ramped up security. The news has left the Muslim community in fear, with some afraid to leave their homes for basics. The president of the local mosque said some members have even left the state. And the spate of killings comes as hate crimes against Muslims in the US have risen in the past year and a half.

Ahmaud Arbery's. Yesterday, his killers — Gregory McMichael and son Travis McMichael — were sentenced to life in prison. Both were given another life sentence plus several years for committing federal hate crimes against the 25-year-old Black man they chased and shot in 2020. Their neighbor, William “Roddie” Bryan — who cornered Arbery and recorded the shooting — was also sentenced to 35 years. The men will be serving their federal sentences simultaneously with their state sentences. A judge is also requiring the McMichaels to serve their sentences in state prison. Travis McMichael’s attorney said he “effectively faces a back door death penalty” if he is sent there. Arbery’s family — who had asked for the “stiffest penalty” — said the men don’t deserve “mercy.”

Olivia Newton-John. Yesterday, the singer, songwriter, and actress died at the age of 73 after a battle with cancer. The British-Australian star dominated an era of pop culture, from her iconic role as Sandy in the beloved movie musical “Grease” to topping the charts in the 1970s and ’80s with songs like "Physical” and “I Honestly Love You.” She won four Grammys and sold more than 100 million records. Her husband, John Easterling, called her “a symbol of triumphs and hope.” Her co-star, John Travolta, said she made people’s “lives so much better.”

Earth. In June, scientists say Earth’s rotation was 1.59 milliseconds short of the normal 24-hour day — making it the shortest day since the invention of the atomic clock. Some say a wobble in Earth’s axis or melting glaciers could explain the quick turnaround. But that Earth pulling a fast one is nothing to worry about. And that over the past few decades the days have been getting slightly longer. Ok then.