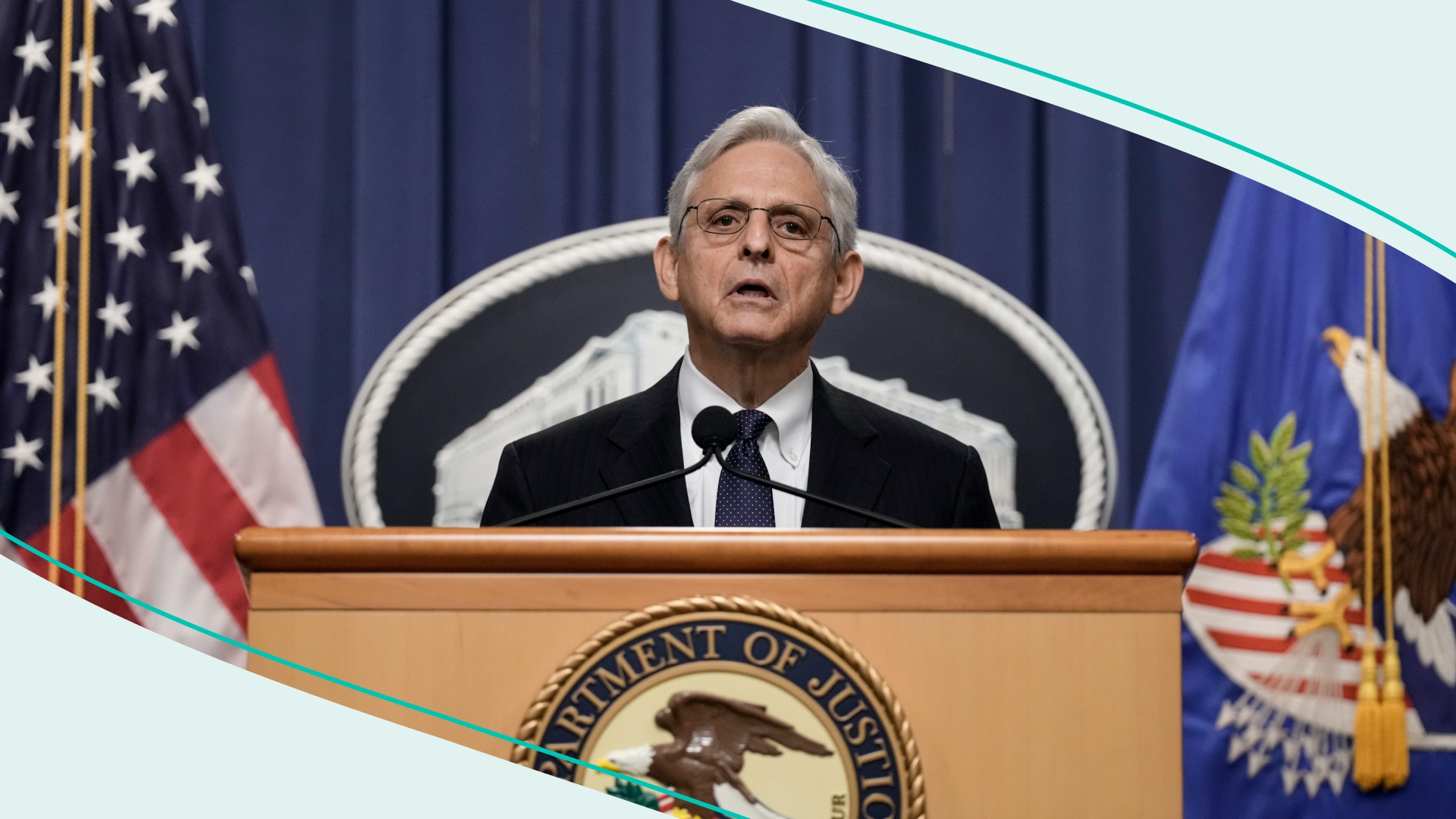 Attorney General Merrick Garland has spoken out about the search at Mar-a-Lago.

He said the Justice Department filed a motion to unseal the search warrant so that it’s accessible to the public. It's something former President Trump is now calling for. Reminder: This was the warrant that allowed the FBI to raid Trump’s Palm Beach home earlier this week. It’s still unclear why the FBI executed the search warrant. But a new report alleges they were looking for classified documents relating to nuclear weapons.

What else did Garland say?

That he “personally approved” the FBI’s request for a search warrant. And that although he can’t speak on ongoing investigations, he wanted to unseal the warrant because of “substantial public interest” in this case. (Read: virtually the entire Republican Party speaking out against it.) Garland also condemned those who have criticized the "professionalism" of the FBI and DOJ, and he said he would not tolerate attacks on the FBI as an institution. The announcement comes amid physical threats against the FBI, too.

Yesterday, an armed suspect tried to breach the FBI field office in Cincinnati, OH. The suspect was killed during a standoff with police. But was armed carrying a nail gun and AR-15.

Never before in US history has the FBI raided the residence of a former president. Now, Americans are once again divided when it comes to President Trump. And many are ready to get to the bottom of the DOJ's investigation.

What knows how to brand itself...

The Inflation Reduction Act. Today, the House is set to vote on a $700 billion package that promises to do everything from lowering energy bills and prescription drug costs to fighting climate change. It also aims to lower the deficit by...drum roll, please...raising taxes on large corporations making over $1 billion. Despite having “Inflation” in its name, the bill will not lower food or gas prices, at a time when grocery bills are at the highest in decades. Some are skeptical that the legislation will lower inflation at all. Tt was one of the reasons why every single Senate Republican voted against it last weekend. And why most Republicans don’t plan to support it today. But it's still expected to pass the House and then head to President Biden’s desk.

PS: We spoke with PBS News correspondent Lisa Desjardins about how the act will impact everyday Americans. Tune in.

Who maybe should have gotten a talking to in HR...

Meta’s chatbot. Last week, Facebook’s parent company released BlenderBot 3, an AI chatbot. By being fed a massive data set of...well, the internet...Facebook’s chatbot can respond somewhat clearly to questions people pose. Turns out, that includes spitting out answers like Facebook “exploits people” and that it “has a lot of fake news.” The chatbot has also reportedly spewed anti-Semitic messages. Oh and Facebook itself says whether it’s safe “remains an open problem.” But Facebook hasn’t shut it down yet, saying it’s keeping the AI publicly available for research purposes. Ok then.

The Arctic. Yesterday, a study found that it’s warming four times faster than the rest of the planet — twice as fast as previous estimates. Problem, because the Arctic temps cause sea levels to rise and can also influence weather in the US. The news comes as the US and Europe have been experiencing record heat waves. And as the US gov is set to pass the Inflation Reduction Act to tackle climate change. But that effort may be too little too late: Recent estimates suggest that the bill could lower US greenhouse gas emissions by 40% below 2005 levels by the end of 2030. Meanwhile, the UN says emissions need to be reduced by 45% in that time range to avoid “the worst impacts” of climate change.

What‘s social distancing itself from (some) COVID precautions...

Who dropped a new album…

While some are striking out on dating apps…

These women are making “A League of Their Own.”