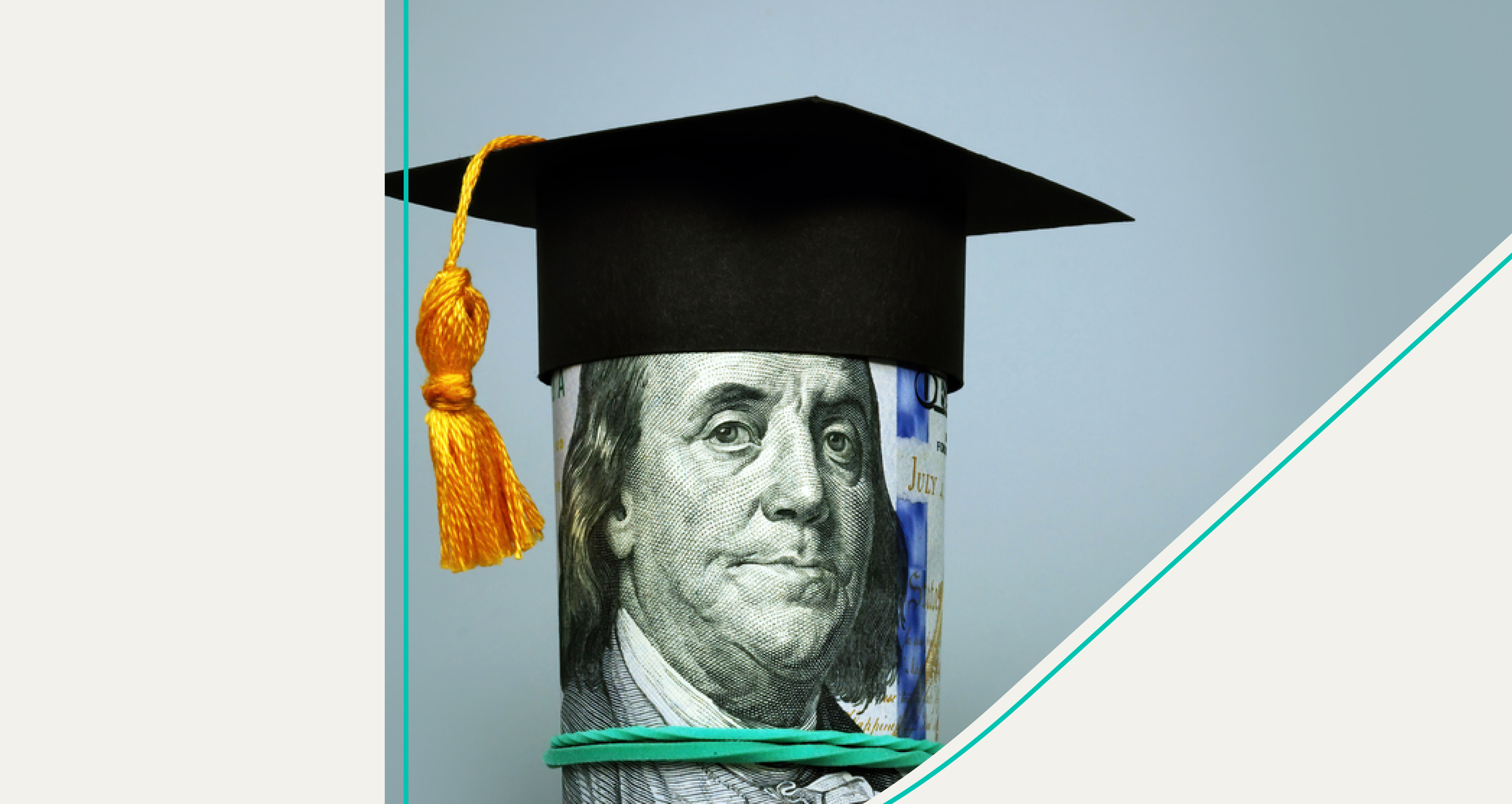 President Biden could be forgiving thousands of dollars in student loans.

Today. Biden is expected to make good on a campaign promise by forgiving up to $10,000 in federal loans for those making less than $125,000 a year. Meaning: 15 million borrowers could see their debt to the federal gov disappear. Biden’s also planning to extend the student loan repayment pause to January.

Americans collectively owe about $1.75 trillion in federal student loans. So...getting rid of even a chunk of that debt is pretty popular. The move is also expected to free up more money to flow through the economy. And some cite the student loan pause as a driving factor for an improvement in millennial homeownership — a rate that's lagging behind both baby boomers and Gen X when they were the same age. Then there’s the flip side.

Less debt could mean more money flowing at a time when inflation is already at a 40-year high. Some economists are saying ‘read the room.’ That’s because it sounds nice for those who benefit...until it drives prices up further. The announcement could also cost the gov $300 billion in the first year: potentially wiping out all of the gains from the Democrats’ effort to reduce the deficit. On top of that, some see loan forgiveness as a band-aid for the rising cost of higher education. And some Republicans are characterizing the move as a way to buy votes from Americans, months before a federal election. But progressives are calling on Biden to do more.

President Biden’s expected announcement is good news for the over 60% of Americans who support erasing at least some student loan debt. But others are giving it a failing grade.

PS: Here's how debt forgiveness could impact you, even if you don't have student loans.

After months of attacks, the Kremlin controls about 20% of Ukraine’s territory and says it’s taken the Luhansk region. Russian troops have been trying to advance in east Donetsk and have been blocking the southern port city of Odesa. But Ukraine still controls the capital, Kyiv. Shelling now from both sides threatens the Zaporizhzhia nuclear plant (Europe’s largest) — a dynamic that risks nuclear fallout across the continent.

Now, the conflict has left millions displaced and thousands dead. Dozens of countries (like the US, UK, Germany, and France) have rallied behind Ukraine, sending military weapons and billions of dollars in aid. Meanwhile, dozens of others (including China and Iran) either support Russia or are staying out of it. Last month, Russia has rejected peace talks, reportedly saying they “don’t make any sense.” Now, at a time when Ukrainians typically fly flags and celebrate freedom, an estimated hundreds of thousands in the Ukrainian army remain in the trenches.

PS: We spoke to five award-winning photojournalists whose work is putting a spotlight on Ukrainians’ fight for freedom. Their photographs will be featured in the upcoming book “Relentless Courage: Ukraine and the World at War.”

Breonna Taylor's case. Yesterday, former Louisville police detective Kelly Goodlett pleaded guilty to falsifying the search warrant that led to Breonna Taylor’s death. Goodlett was one of the four Louisville officers who were charged in connection to the deadly raid at Taylor's home in March 2020. She resigned earlier this year. Goodlett also pleaded guilty to misleading a judge to hand over the warrant — and then lying to investigators as a coverup. Goodlett is the first person to be convicted in Taylor’s death and faces up to five years in prison. Three other officers are also facing charges but have pleaded not guilty. Now, Goodlett is expected to testify against other officers who were charged with shooting Taylor. Their trials begin in October.

Who’s got something to say…

This whistleblower. Yesterday, it was reported that a whistleblower had accused Twitter of misleading regulators about its spam accounts. (Sound familiar?) The complaint — filed last month by the company’s former head of security — alleged that Twitter lied about having a strong security plan to protect users. Instead, stating that the company might have had a foreign agent working within its security department. And that the company couldn’t care less about reducing spam and bot accounts — but would actually reward bonuses to execs that increased the company's daily uses…regardless of who they were. The whistleblower was hired in 2020 after hackers took over famous Twitter accounts belonging to people like former President Obama, Elon Musk, and Kim Kardashian. Now, he claims he was fired after discovering “egregious deficiencies.” But Twitter responded by calling all of it ‘fake news,’ and that the allegations are out of context and full of “inaccuracies.” Up next: the Senate Intelligence Committee said is going to look into the claims further.

The National Archives and Records Administration. Yesterday, a letter released by the agency revealed that former President Trump had taken more than 700 pages of classified material with him when he left the White House. The documents were part of the 15 boxes that the agency had recovered from Mar-a-Lago earlier this year. The May 10 letter, from the NARA to Trump’s lawyers, sounded the alarm on how damaging this information could be to national security if it were to end up in the wrong hands. It could give some insight into what may have been taken from Mar-a-Lago earlier this month.

Starbucks. Yesterday, union workers accused the coffee chain of closing two locations in Seattle and Kansas to stop them from unionizing. It comes as more than 220 Starbucks stores in the US have voted to unionize in hopes of brewing better job conditions. Starbucks says it's closing stores due to safety concerns. But union members say the company’s moves have sent “a message loud and clear” on how far they’ll go to stop workers from unionizing.

What’s got us doing a double take…

What’s back in the atmosphere…

These (new photo) drops of Jupiter.